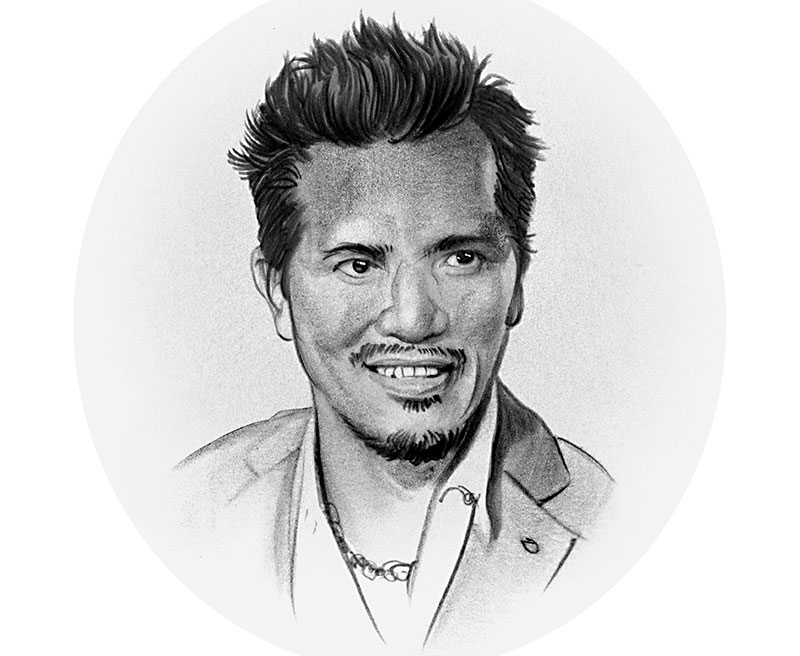 We all can talk politics with friends at a bar and pontificate and wax grandiose political grand schemes, "If I were elected …," or "If the world were perfect …," or "All politicians are crooked …."

But you know what? Your attitude is good but only half baked. Now you gotta do something about it. Run for office and change the status quo. Help someone get elected. Write to your senator and congressman, picket, call them, and bug them. But the most important weapon you have is your vote.

I know a lot of people think, "Oh, what's the use, it's all rigged. The man has it all fixed. They are gonna cheat the people somehow. Russians will just hack and my vote don't count." But it does. Your vote does count. Your vote might be the one they couldn't lose, or the one that couldn't be erased. Your vote might be the one that tips the election. Our last election was won in some places by as little as 100 votes. Your vote does count. Your vote will show up in census data and public polls to prove that you and your people with your ideology voted and need to be taken into account. Because you and your people vote so you must be respected. Puerto Rico and its 3.5 million American citizens can't vote and don't have senators or congressmen with voting power. Vote because they can't.

Here are some highlights from the 2018 Republican Party of Texas' platform: "We oppose all efforts to classify carbon dioxide as a pollutant. 'Climate change' is a political agenda promoted to control every aspect of our lives. We support the … abolition of the Environmental Protection Agency, and repeal of the Endangered Species Act. We believe the Minimum Wage Act should be repealed. We oppose … the federal Gun-Free School Zones Act of 1990. We oppose all efforts to validate transgender identity. We oppose the use of women in military combat units. We oppose homosexual marriage, regardless of state of origin. We urge the Legislature to rescind no-fault divorce laws and support covenant marriage."

If you don't vote against them, you might as well be voting for them. And in the last presidential election, less than 43% of registered voters in Texas voted. Imagine if the other 57% showed up. Vote because they don't want you to show up.

Now here is a site you can use: Vote.org.

John Leguizamo is an actor, writer, and activist. His most recent play, Latin History for Morons, won a Tony.