One probe may spark another 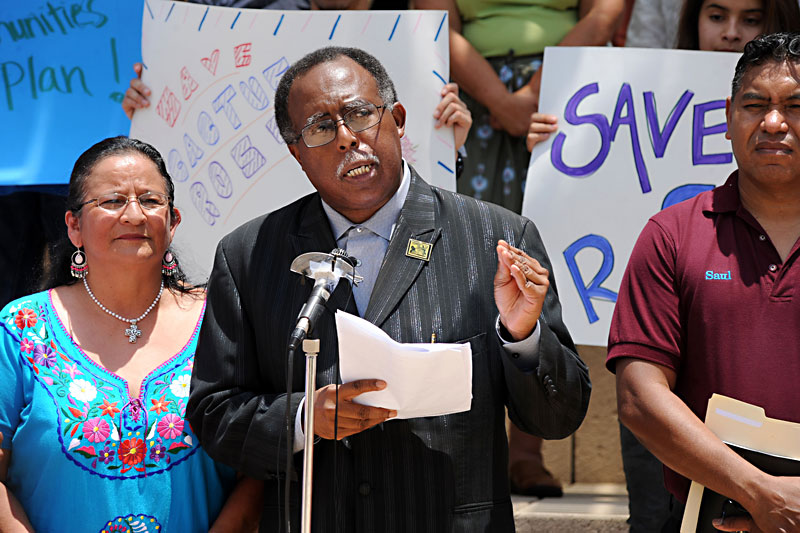 A city investigation into a complaint filed last spring by former Equity Office employee Nadia Kalinchuk has sparked tension within groups including the Hispanic/Latino Quality of Life Resource Advisory Com­mis­sion and the Austin branch of the NAACP. Kalinchuk, who quit after Equity head Brion Oaks placed her on administrative leave, filed a complaint alleging Oaks and Kellee Cole­man, also with the Equity Office, treated her and other Latinas with disrespect and hostility, the Statesman first reported. The controversy spilled over into a recent Hispanic/Latino Quality of Life Resource Advisory Commission meeting when Jill Ramirez, one of Coleman's alleged targets, didn't support a proposal to recommend a new employee at the sparsely staffed Equity Office, saying she has a "problem" with the office right now, in reference to the complaint. City spokesperson David Green tells us the investigation will likely be complete this week. The Equity Office refrained from commenting on the complaint.

On the other end, the NAACP describes the investigation into Oaks and Coleman, both African-American, as tantamount to harassment. "You don't just do an investigation because someone files a complaint," said President Nelson Linder. During an Aug. 9 press conference at City Hall, Linder announced the group would conduct its own investigation into the city's discrimination against black employees, citing the departure of black leaders including previous City Manager Marc Ott and Code's Carl Smart, and CM Spencer Cronk's plan to reconfigure his executive team, which currently only has one black employee, Mark Washington, who's leaving for a city manager position in Grand Rapids, Mich. Linder also said he's heard several complaints from black employees alleging discrimination in departments such as code enforcement and the city manager's office. "We're still getting complaints from people who work here that have not been addressed by anyone with the city of Austin," he said.