Election Notes: Down to Deadline

Filing time is upon us now

• The deadline for filing to run for city office is Monday, Aug. 20. So if you want to run for something but haven't yet gotten your affairs in order, well, clock's ticking.  – Chase Hoffberger 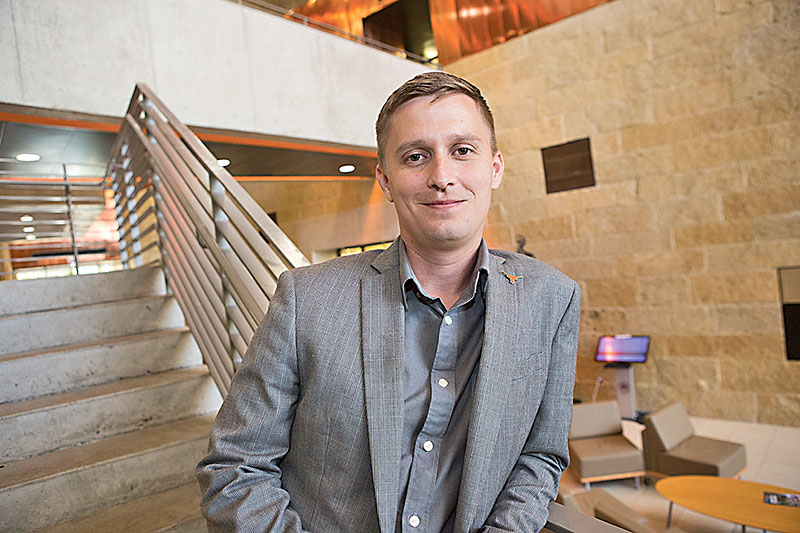 Bobby Levinski is no fan of the proposed efficiency audit. (Photo by Jana Birchum)

• District 8 candidate Bobby Levinski has come out strong against Proposition K, the November ballot item calling for an "efficiency audit" of the city, calling it "nothing more than a fishing expedition linked to radical Austin-bashing organizations, like the [Texas Public Policy Foundation], who oppose local control on many health, safety and environmental issues." In an Aug. 14 statement, Levinski points to ultra-conservative forces connected to audit idea creators the Citizens for an Accountable Austin PAC, including TPPF, who are leading the fight against Council's paid sick leave ordinance. As the Chronicle reported last week, the PAC's treasurer and spokesman, Michael Searle, was formerly chief of staff to outgoing D8 CM Ellen Troxclair, and initial estimates show the city would have to shell out up to $4 million on the undertaking. "We get it, TPPF. You don't like local government," Levinksi continued. "But, quite frankly, I like having free libraries where our children can learn to read, and I like having a police force that isn't run by Halliburton."  – Mary Tuma

• UT student Isiah Jones has filed to run for Kathie Tovo's District 9 City Council seat. Jones, 21, describes himself as a Democratic Socialist, and believes the central district needs the perspective of a young person to represent its sizable student population. "If I can get the student population out and voting, I stand a pretty decent chance," said Jones, a government major.

Although he intends to focus on student voters, he said that, if elected, he would "obviously" represent the whole district. He said making sure the Austin Police Department is "unable to investigate itself" regarding allegations of officer misconduct would be a top priority, and listed taking a stand against conservative state leaders to protect LGBTQ rights ("mostly through legal battles"), and "fixing I-35" as other top goals. He also advocated for reducingproperty taxes.

Jones was short on specifics for how to achieve those goals. But he is only a junior. Those concepts aren't taught until senior year. – Austin Sanders • District 1 may have yet another candidate vying to replace outgoing Council Member Ora Houston. Recent Oxford University graduate Mitrah Avini, an Austin native raised in the University Hills neighborhood, is currently petitioning to get her name onto the ballot, which aspiring candidates can pursue in lieu of the $500 filing fee. Avini filed a campaign treasurer appointment on Aug. 10, but would prefer to secure enough signatures before speaking about her candidacy, though she does describe herself as "a product of east and central Austin schools," having been a student at Lee Elementary and Kealing. Before earning her master's at Oxford, she graduated from Yale in 2012.  – Nina Hernandez