Fallout from a canceled rewrite 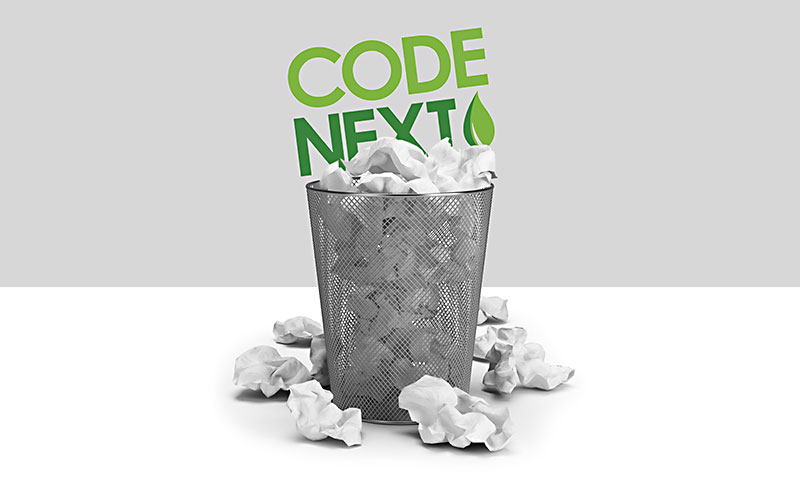 By the time you read this, there's a good chance that the initiative known as CodeNEXT is dead. The unanticipated end to Austin's ambitious attempt to rewrite its land development code has raised more than a few eyebrows and elicited a good number of questions about what will happen in its wake.

The six-year, $8.5 million rewrite exposed a contentious divide over Austin's future, which often boils down to a debate over residential density vs. the preservation of existing neighborhoods. Last week, Mayor Steve Adler called the ongoing project "poisoned" and proposed putting CodeNEXT out of its misery, and quickly City Council's CodeNEXT support network echoed the mayor's sentiment, and suggested a resolution to terminate the rewrite (and craft a new process) during the Council meeting set for Thursday, Aug. 9.

So CodeNEXT may be going away, but much of its runoff will not. Residents will still vote on land use this fall, following Judge Orlinda Naranjo's ruling that the city must put the land use petition on November's ballot. That means voters must decide if they wish to implement a waiting period and required voter approval for all future comprehensive revisions to the city's land use code – and if that passes, the next rewrite (and any successive effort) will require resident approval.

Now, when residents enter the voting booth, the exact sentiment of those "CodeNEXT Wrecks Austin" signs won't be dancing through their heads. But in an email sent last week, petition plaintiff Fred Lewis said the ballot proposition remains "crucial" to ensure that the next rewrite isn't "just as destructive and divisive" as CodeNEXT. Lewis' Community Not Com­mod­ity and its "allies" will continue to campaign for the ballot measure; and meanwhile, CNC also hopes to persuade City Manager Spencer Cronk to adopt their proposed path forward.

Let's not forget that the Zoning and Platting Commission, one of two city commissions that was overseeing the rewrite, voted 7-4 in May to "immediately terminate CodeNEXT." ZAP met again on Tuesday, and six of the seven attending commissioners approved a letter (to be inserted in Council's backup for today's hearing) reiterating the sentiment. It recommends that the city conduct an "independent evaluation" to identify how CodeNEXT failed, and continues: "No alternative process or reboot should be considered until the evaluation is complete" and recommendations for change are implemented.

But not everyone is celebrating CodeNEXT's end. Planning Commissioner Greg Anderson, one of eight commissioners recently sued by Texas Attorney General Ken Paxton for being on the PC while working in real estate and development – posted on Facebook Wednesday: "Is anyone else out there feeling utterly betrayed? It's as tho we want to be a backwards city." The PC spent the majority of May working late nights to improve CodeNEXT and offered Council a lengthy set of recommendations. And on Tuesday, Evolve Austin said they understand the need to "pause and reevaluate" the process, but urge Council not to "capitulate to proponents of the status quo who have relied on scare tactics and litigation to grind this process to a halt."

CodeNEXT's end also means more unpredictable outcomes for November's Council and mayoral elections. Adler's opponent Laura Morrison aligned the early stages of her campaign firmly against CodeNEXT, and Adler's decision to pull the plug could affect her rhetoric, though not yet. In a Fri­day newsletter, the former CM accused Adler and his "failed leadership" for "deepening" the city's divide. And CNC allies are now vying for two seats on Council: Bobby Lev­in­ski, an attorney with the Save Our Springs Alliance (and Morrison's former policy adviser) is hoping to take District 8, and Lewis' fellow petition plaintiff Susana Alman­za has entered the race for District 3. If all three win this November, Austinites can expect a more conservative rewrite, or perhaps none at all.