The commission was right. CodeNEXT must die. But then what?

When Mayor Steve Adler posted an item on the City Council message board last Wednes­day titled "We Should Consider if We Need a New and Different Process to Fix our Land Development Code," it was as if the Emper­or's New Clothes had suddenly been revealed – everyone in the city seemed to be rushing to agree that, yes indeed, this process that we had been trying earnestly to flog along, and that seemed so close to the finish line, had in fact been dead in the traces for some time, and had been running in circles for most of its life before that. (Ah, Balto, where are you when we really need you?)

This piling on started more than two hours before Mayor Adler posted his call for "openness, discussion, and finding the truth, rather than the misinformation, hyperbole, fearmongering, and divisive rhetoric we have seen" – in the form of a resolution which Council Member Jimmy Flannigan later posted to the message board along with a pugnacious reaction to the mayor's call for unity, attacking "factions from Austin's wealthy and privileged sectors [that] funded campaigns of fear focused on maintaining the status quo – the status of unfair and unequal treatment concentrated in the remaining low-income and working class neighborhoods in our City." (No matter that those low-income and working-class neighborhoods were among the ones complaining the most vociferously about being steamrolled by CodeNEXT.) That missive went out over four CMs' names, but within the hour, one of those, Greg Casar, had posted his thoughts with a far more conciliatory tone, hoping that "a new process ... sets us up to reform our land development code in a way that respects the facts and addresses the needs of people in our city." Leslie Pool posted a "Joint Statement on Ending CodeNEXT," also on behalf of four CMs, saying, in effect, "No shit. We've been telling you for over a year that this was a train wreck." And when Ann Kitchen also posted that "It's time for a reboot of the process," and repeated a list of goals she and Adler posted some months back, by which they would judge a successful LDC rewrite, that made 10 clear "aye" votes on the may­or's motion to punt (and Ellen Troxclair won't be here when the shit hits the fan anyway).

Meanwhile, the group that gets the biggest I-told-you-so bragging rights is the Zoning and Platting Com­mission, which voted three months ago, back at the onset of their latest deliberation period, to "terminate CodeNEXT immediately," and begin other specific steps, both within and without the LDC, to address issues of affordability and code efficiency. They were largely ridiculed and dismissed at the time, but here we are, three months later, doing essentially what they proposed, to universal acclaim. So if that's the case, perhaps we should also look at getting moving (three months later) on their other proposals – notably, those actions Council could take independently of the LDC process. A hefty bond item for affordable housing is a good first step, for example, but it's also long past time to look at the rest of the "People's Plan" proposals, and those in a similar proposal by CMs Casar, Garza, and Renteria. ZAP did just that this Tuesday night, voting to support the termination, and asking for "an independent evaluation team to determine how the CodeNext project went wrong. No alternative process or reboot of CodeNext should be considered until the evaluation is complete and any recommendations for changes are implemented."

Which brings us to the odd political calculus: This was clearly a political move, yet it could and should make CodeNEXT an even bigger part of the November elections than it would've been otherwise. It would certainly seem that Adler wanted to take the issue out of the political equation for his race in particular, but that will depend on voters having a very short and selective attention span. Where was the mayor for the last two years (his opponent might ask), when those most familiar with the process were begging Coun­cil to do exactly what he's now done, and save us from the pointless and rancorous dead end that we've been careening down (see "Public Notice," 2015-18). Too often, he was siding with the folks who were using "anti-CodeNEXT" as a slur: People who were "anti-CodeNEXT" were regressive, anti-progress, and in favor of the racist status quo. Well, now everyone's anti-CodeNEXT (the most unanimous Council vote ever on the matter), so does that make everybody regressive, or does it demand some reconsideration of what critics were saying all along?

p.s. to SA: Get Ryan Robinson back in the process. The city demographer has been mysteriously sidelined through what was supposed to be crunch time for the project. Especially since lead consultant John Fregonese passed away, he's the best we have. 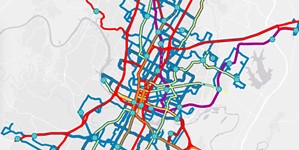 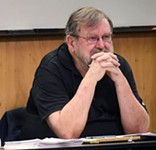