News from the campaign trails 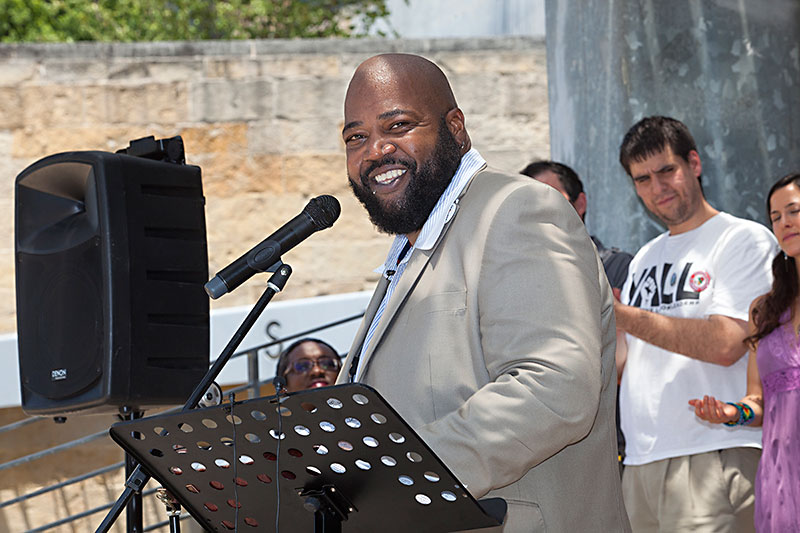 Lewis Conway Jr. will get to run for City Council. (Photo by Jana Birchum)

Jacobson has worked for a slew of political candidates of late, including Bernie Sanders, Wendy Davis, Celia Israel, and Mandy Dealey, who ran in D10 in 2014. He's also spent time with the local branch of the Stonewall Democrats working to make their candidate endorsement process more inclusive to trans folks and queer people of color.

A self-described "queer millennial" who "gets intersectionality," Jacobson said he believes Austin is capable of grander conversations on inclusivity and nuance. He's committed to fighting for a greater diversity of affordable housing, more robust renter protections (he rents), and historic preservation, particularly for the East Cesar Chavez neighborhood. Jacobson believes Council's current dais is caught up in a "false choice" argument between preservationists and urbanists, and he'd like to see more open-mindedness and more "good faith olive branches" to make land use decisions less divisive. He cites transportation as another key issue, and he's committed to reaching out to nearby cities and suburbs like Round Rock and Leander to further incentivize (and fund) additional light rail routes.

Jacobson expects to have a campaign kickoff within the next month and said he plans to run a "very crunchy granola grassroots campaign." – Sarah Marloff

• District 1 voters have five candidates to consider, now that East Austin native and longtime state employee Reedy Spigner has entered the race. Spig­ner – grandson of noted black East Austin physician James Murphy Holloway, whose wife, Mildred Coleman Holloway, co-founded Black Austin Democrats – is perhaps best known for his 2016 battle with Ora Houston, who intervened to delay Spigner from getting a demolition permit for his home on 22nd Street Houston lives two doors down from that home, which he eventually succeeded in selling. Spigner, who now lives in D1's northeastern corner, told me that if elected, he'll focus on engaging with the needs of the entire district, and not just the south end. – Nina Hernandez

• It doesn't look as if Lewis Conway Jr.'s record as a convicted felon will be an issue for his candidacy in City Council District 1. Any legal challenge would need to come from one of his opponents; we've asked each of the four he's up against, and they've each indicated that they aren't planning that sort of attack. – N.H.

• Arati Singh will seek a spot in District 9 of the Austin ISD Board of Trustees, making her the first candidate to file for the seat vacated by former board president Kendall Pace, who stepped down in May. Speaking on Tuesday, Singh made veiled reference to the allegations of backroom dealmaking that ended Pace's tenure. Singh stressed the merits of "good governance" and increasing transparency in the board's decision making, and reasoned that if the board were upfront about how it made critical decisions, the public would be more understanding of "hard decisions" like consolidating schools or cutting programs.

Singh has worked as an education consultant for two decades in Texas and Washington, D.C., and she spent two years teaching at a bilingual school in South Texas. Singh has also been active in PTA groups, belonging to the political advocacy arms of the Austin Council of PTAs and the Texas PTA. While she was president of the Oak Hill Elementary PTA in 2015, the group received the National PTA School of Excellence Award, in part for Singh's work to better integrate parents of Spanish-speaking students into PTA affairs. She said her time on the Oak Hill PTA – a Title I school – would make her uniquely qualified to help communities AISD has historically struggled to support. "What we really need right now in the district is somebody who's going to show respect, compassion, and empathy for everyone, but in particular, our low-income communities," Singh said.

This story has been updated to accurately reflect the year that the Oak Hill Elementary PTA won the National PTA School of Excellence Award. – Austin Sanders