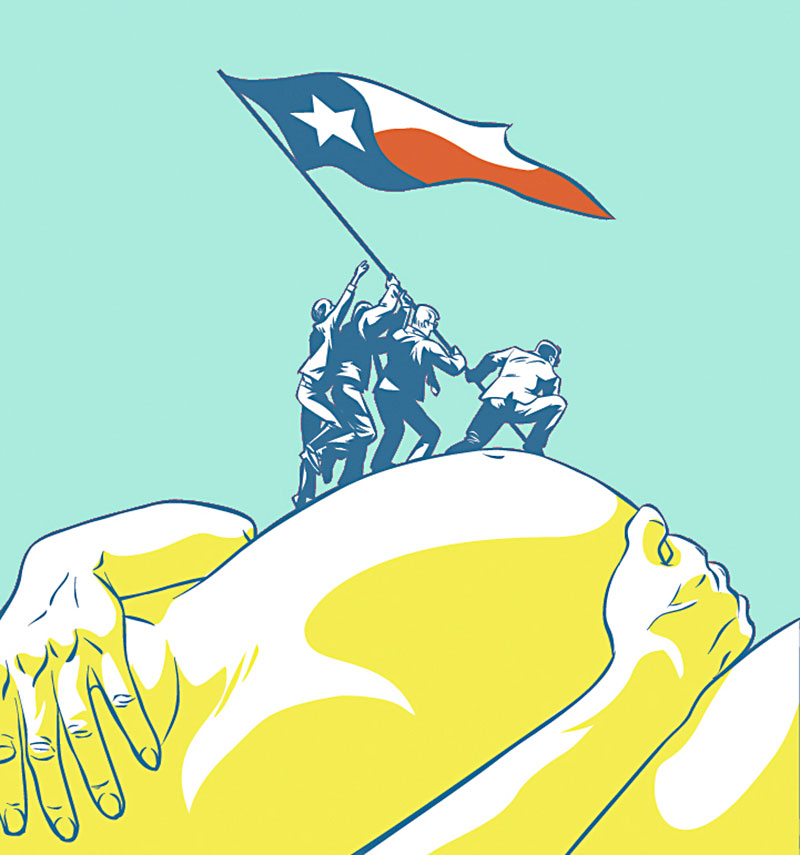 Legal arguments over the state's latest anti-choice law – part of 2017's Senate Bill 8 – concluded Friday. Abortion providers challenging a law that would force women to bury or cremate their fetal tissue after an abortion or miscarriage argued the law would infringe on their patients' personal beliefs, shame them, and add barriers to care. Current law requires fetal tissue to be incinerated and disposed of in a landfill, or ground up and placed in a sewage system, but anti-choice politicians say that method of disposal lacks "respect" for the unborn.

In a departure even noted by presiding U.S. Judge David Ezra, state attorneys opted against arguing for any medical benefit to the law, and instead insisted that the new disposal method offers needed "dignity" to the fetal and embryonic remains, a wildly subjective measure. The "unusual" change in defense of a reproductive rights law, said Ezra, makes the case "extremely unique" and also makes finding precedent "all the more difficult," since claims of health and safety are typically "paramount" in abortion law cases.

Abortion providers' attorney J. Alexander Law­rence told me after the trial that the courts – which have blocked similar laws in Louisiana, Arkansas, and Indiana – have made clear that the state's interest in promoting fetal life does not outweigh the barriers that the law would impose on a woman's constitutional right to abortion. "You have to measure the benefits and the burdens, and the burden here is intended for no other purpose than to stigmatize women who choose abortion," he said.

In a ruling issued last year, Indiana Judge Tanya Walton Pratt struck down that state's law, signed in 2016 under then-Gov. Mike Pence, saying precedent didn't recognize a fetus as a human being, and so abortion providers shouldn't be forced to treat fetal remains as such: "[I]f the law does not recognize a fetus as a person, there can be no legitimate state interest in requiring an entity to treat an aborted fetus the same as a deceased human," wrote the judge. Whether or not an individual "views fetal tissue as essentially the same as human remains is each person's own personal and moral decision."

In reality, this regulation is yet another transparent attempt by anti-choice Texas officials to shutter clinics, a documented pattern. As noted during the trial, the law forces abortion providers into contracting with anti-choice Catholic cemeteries and crematoriums – unreliable, ideological vendors that would either not work with them or cancel their contracts, leaving clinics to close down. At no point during the trial did the state affirm any vendor had entered into a long-term contract with an abortion provider. SB 8 also imposes an unfair standard to aborted fetal tissue, as the state has few rules regarding the disposal of human remains, said Lawrence. "The state laws governing what people can do after a loved one dies is pretty unregulated," he said. "You could do just about anything including shooting ashes out of a cannon or even loading shotgun shells with cremated remains."

Both sides have until Aug. 3 to provide written closing arguments and, for the state, answer a flurry of questions from the judge, including how many vendors have firmly committed to the service; how many vendors on the state registry are secular organizations; and if they are spread out geographically. Ezra provided no strong indication of when he'll rule.

The case could perhaps make its way to the U.S. Supreme Court – either from Texas, Indiana, or elsewhere, in the coming months. "It's conceivable that SCOTUS will want to hear it," said Lawrence. "But in my view, the lower courts have been consistent in their rulings against this type of law, so it doesn't seem necessary for the Supreme Court to weigh in. But obviously, they'll do what they want to do."