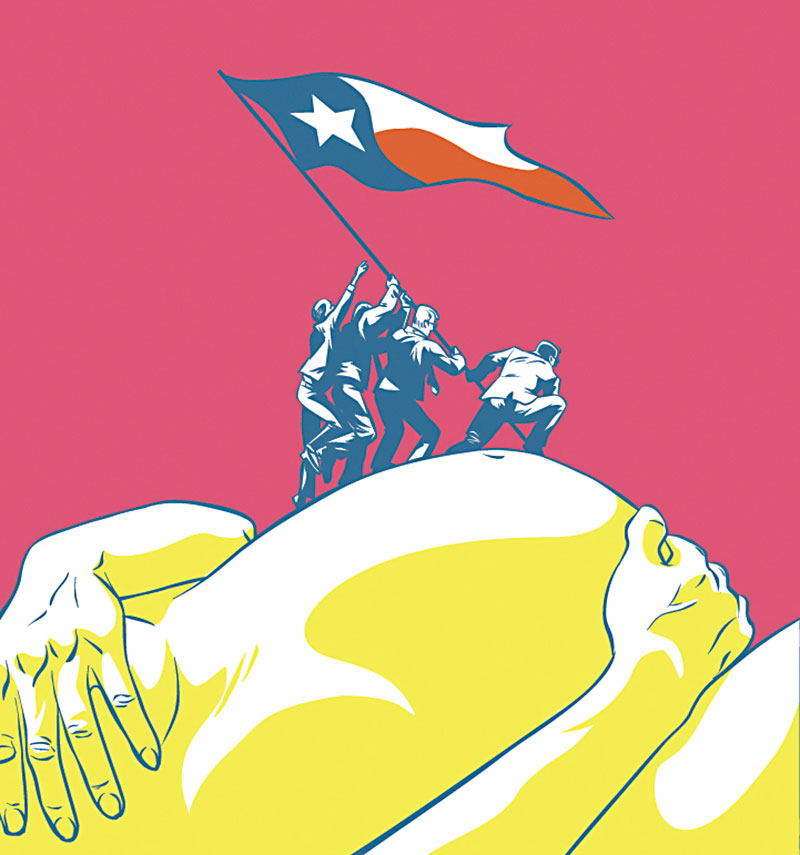 Blake Norton was ecstatic to learn in 2015 that she was pregnant with her first child. But during a routine OB-GYN checkup at around 11 weeks, the doctor was unable to detect a heartbeat; Norton had undergone what is referred to as a "missed miscarriage." She made an appointment at Seton Medical Center in Austin the next day to remove the tissue from her uterus through a D&C abortion procedure. "It was the hardest thing I've ever been through," said Norton, an Austin native and daughter of state Rep. Donna Howard, D-Austin. Minutes before the procedure, with an IV in her arm and groggy from grief and sadness, Norton was asked to sign off on a form that would force her to bury her fetus or have the Catholic hospital do it for her. (As a faith-based hospital, Seton has a history of limiting women's reproductive health access.)

"Shocked, upset, and confused" by the limited choices, Norton requested to opt out of the burial – but was told that was not an option and was directed to a social worker and chaplain. She ultimately told Seton they could bury the fetus and asked she not be notified about it. "I was mourning the pregnancy rather than someone else's own definition of a living, breathing child," she testified this week in court. "I thought of it as tissue and now I was being forced into adopting the hospital's value system regardless of what I wanted and needed."

Norton's ordeal could become the law of the land in Texas if state attorneys win their case this week before U.S. District Judge David Ezra. Monday marked the start of a five-day trial to decide the fate of a law, found in 2017 package Senate Bill 8, that would force women and abortion providers to bury or cremate and scatter their fetal tissue after an abortion. Today, fetal tissue must be incinerated and disposed of in a landfill or ground up and placed in a sewage system. Slated to take effect in February, the anti-choice law was temporarily blocked by Ezra in January.

Represented by the Center for Reproductive Rights, abortion providers including Whole Woman's Health argue the rule unduly burdens women: It violates their autonomy by infringing on their individual religious beliefs and strains their access to abortion by placing added barriers on providers and patients. Amy Hagstrom Miller, who oversees WWH's flagship clinic in Austin, said it would be unfair for her clients, who hold a diverse array of religious views, to be forced into "rituals" like scattering of ashes and funeral burials. She called the law yet "another way stigma and shame can be inserted into a woman's abortion experience."

Hagstrom Miller and witness Dr. Tad Davis, an abortion doctor at Austin Women's Health Center, described the difficulty of securing fetal disposal service providers as oftentimes companies decline to work with abortion clinics due to ideological aversion. For example, one vendor backed out after the trucking company it subcontracts with refused to work with Hagstrom Miller's clinics while two vendors faced such intense anti-choice intimidation they cut ties with Davis' clinic in 2011, forcing him to consider closing his doors. "Even pro-choice vendors eventually caved to harassment," said Davis. Should the law take effect, they worry it will be doubly difficult: The funeral registry provided by the state is largely Catholic and anti-choice – leading him to anticipate the possibility they won't cooperate at all, or work with them at first then eventually cut ties, forcing them and others to close. "Many funeral homes aren't interested in working with abortion providers," said Hagstrom Miller.

Meanwhile, the state dropped their usual "health and safety" defense, arguing exclusively for the "dignity" of the unborn while steadily refuting the claim that the law restricts a woman's right to abortion. The current practice entails "dumping human remains" in the sewer like "everyday garbage," said state's attorney Darren McCarty. Among state witnesses offered was bioethicist Dr. Farr Curlin, a Duke University hospice and palliative care physician. Curlin helped the state make the case the embryo and fetus is "a human being" and deserving of respect. Curlin hardly has no opinions on abortion: He's opposed to the procedure with the exception of "medical emergency" and testified in support of state's now halted D&E abortion ban.

As the hearing started, Ezra made a point to stress that he is "bound by precedent" and mindful of the questions surrounding the future of Roe v. Wade under SCOTUS nominee Brett Kavanaugh. However, he said the issue at hand is not "whether Roe v. Wade is constitutional or unconstitutional," but rather if SB 8 impairs a woman's right to seek abortion.