Countdown to a Deal 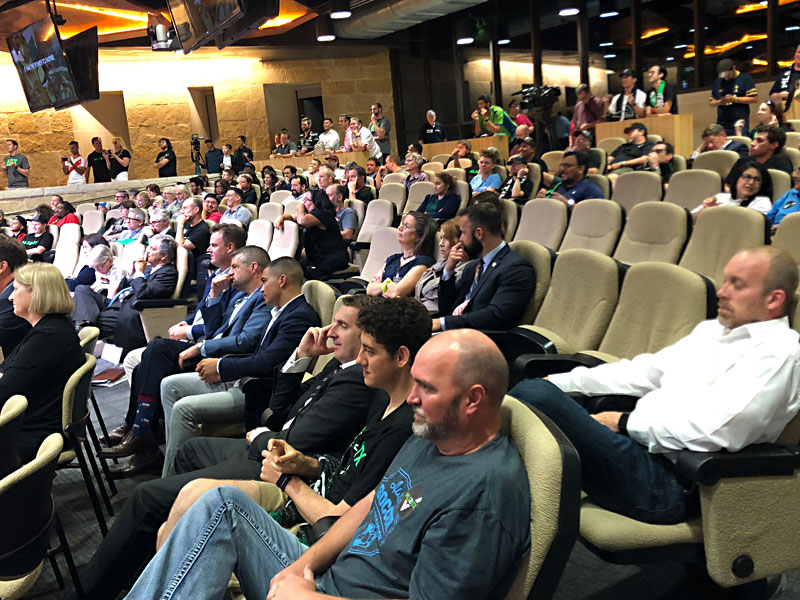 At the tail end of a 17-hour City Council meeting last week, several council members were standing behind the dais, doing all they could to keep from passing out. It was nearing 3am, and they were listening to the public rattle on about why Austin needs a Major League Soccer team, or why subsidizing such a team would be a costly mistake. Soccer proponents urged Council to let Anthony Precourt pay for and build a 20,000-seat MLS stadium on the city-owned 24-acre lot at 10414 McKalla Place in North Austin. On the other side, neighborhood activists pushed for a competitive process in which other developers could submit their ideas for what to do with the land.

In the end, both sides prevailed. City Manager Spencer Cronk was directed to spend the next five weeks negotiating with Precourt Sports Ventures, and at the same time, his office was directed to create an "opportunity for any person or entity to send a plan for use of McKalla Place," according to a change in the resolution's language recommended by the city's Purchasing Office just hours before Council was to vote on the measure.

By the time council members got to debating the resolutions, it was clear most of the dais had already made up their minds on how to vote, so the discussion functioned more as a sounding board for each CM to state their position on MLS in Austin. Every council member made clear that the decision that night was merely to continue negotiations with PSV – not to proceed with a deal. CMs Leslie Pool and Alison Alter, who have both been vocal in their skepticism of Precourt's proposal, again said that a process in which competing ideas for how to develop McKalla would lead to the best deal for the city. Reached Monday, Pool said that the best deal would include a new rail station at the stadium, fully funded by PSV – a must-have for her vote.

CM Greg Casar had remained relatively quiet publicly on the potential deal, but he came out of the meeting with a clear cut position: He can vote for a potential deal with PSV, if the final plan includes affordable housing on-site. He amended the negotiating terms in agenda Item 130 to require a minimum of 130 units of affordable housing at the McKalla site (such a plan was introduced as a concept by PSV two days before the Council meeting), higher wage standards for employees at the stadium, and the establishment of a "formal inclusion plan," which would promote inclusiveness through community engagement in choosing a team name, as well as by providing affordable ticket packages for low-income families.

Confusion surrounding the process for developers to submit their plans for McKalla persisted Monday, as representatives for PSV and a development partnership interested in the site struggled to understand what the submission process would look like. Introduced by District 7 CM Pool, where McKalla Place is located, agenda Item 60 initially sought to create a "solicitation" process in which developers could submit their own proposals for how to develop the lot which has remained vacant for decades. City Purchasing Officer James Scarboro objected to that language, noting that from the city's perspective, a "solicitation" process implies creating an "objective basis for comparison" that could be used to assess best use of a given property. Because the proposed uses of McKalla are so different – a sports stadium vs. a mixed-use development – Scarboro concluded that "it may be difficult to identify meaningful bases of comparison," so he recommended a different procedure which would not trigger a formal procurement process.

Anyone will be able to submit their plans to develop McKalla through Aug. 3, so long as the plan adheres to the goals outlined in Pool's resolution (see "Soccer in Austin: The Knockout Stage," June 29), and the plans will be viewable by the public on the city's McKalla Place landing page. When Council meets on Aug. 9, they will be able to discuss all options for the site, and presumably vote on which plan will best serve the city's interests.

At this point, the process is open-ended (Scarboro's memo notes that "staff would not proscribe any format on how one would submit their plan for use of McKalla Place, nor what type of information they would need to include," so the possibilities could be endless), which will be beneficial to developers who haven't invested the time or resources into formulating a fleshed-out proposal like PSV. One group ready to delve further into the McKalla submission process is a pair of private developers, John Chen and Marcus Whitfield. They submitted a plan for McKalla as an unsolicited offer to the city manager in early June, and Chen said Monday that they're prepared to provide more information to the public and to city staff in the near future. Chen referred to "well-known local and national" partners his group was in discussions with to build affordable housing at the site (their plan calls for a minimum of 500 affordable units), but he could not disclose those partners. He said more information would be available in the coming weeks.

“There were two partners to this dance Friday morning. And when the meeting was gaveled closed, both partners were smiling and excited.” – PSV consultant Mark Littlefield

One of PSV's consultants, Mark Littlefield, was riding high Monday morning. He described feeling a wave of momentum after the positive comments that flowed from the dais at last week's meeting. "There were two partners to this dance Friday morning," Littlefield waxed poetic. "And when the meeting was gaveled closed, both partners were smiling and excited." But he acknowledged that much of the enthusiasm from Council was tempered by a determination to negotiate diligently with the PSV team. Which is where the process is now headed: For the next five weeks, PSV lawyers and city lawyers will lower their heads and work out the terms of the deal. But what will happen in the first two weeks of August when Council returns to a fine-tuned deal with PSV and a presently unknown amount of other pitches for McKalla will be the next question for spectators to puzzle over.

Soccer in Austin: The Knockout Stage
Showtime at McKalla Place