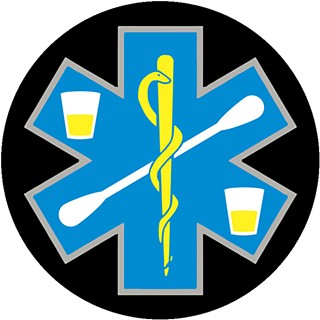 Collective bargaining between the city and Austin-Travis County EMS Association has begun anew, and with the city awaiting the results of a pay study ordered after the last negotiations fell through (when the two sides finished about $8 million apart), the two sides have in the interim agreed to bargain over articles of the contract that won't be swayed by monetary concessions. That limits the agenda by quite a bit, but over four meetings in June, the city and association have found time to establish a few preliminary priorities concerning training, credentialing, scheduling, sick time accrual rates, and eligibility for promotions.

Also included has been a disagreement over the best method for drug testing medics after auto collisions. The department adheres to a broad set of criteria to determine when a medic must submit to a drug test ("What Drug Test?" May 11), and for years the city has required involved medics visit one of two facilities in the city (one central, one south) to submit a urine sample. But since 2013, medics have done that and taken an oral swab, the latter coming at the behest of the union, which agreed to two forms of testing during the last round of contract negotiations and has gone into this round hoping that the city will agree to use only that method (with a follow-up blood test, should they test positive with the swab).

Medics have a number of reasons for wanting to test only with oral swabs, beginning with the fact that it's the better of the two methods in determining whether someone is under the influence at the time that they submit to testing. (Urine samples test metabolites, creating a small time frame in which someone could be under the influence but not have it show up in testing.) But medics have also advocated for the efficiency: Swabs can be administered on-site rather than at a testing facility, meaning that any involved ambulance won't need to make the trip to the testing facility and will therefore be out of service for a shorter period of time. They concede that swabs haven't been adopted as a conventional testing method stateside, but point to growing popularity in Europe, and one government agency in Connecticut.

Labor Relations Officer Deven Desai hasn't pit the city in complete opposition, but during a bargaining session on June 7 expressed a lack of comfort with the fact that the closest agency medics could find was in New England. He said the city's hesitant about being too far on the leading edge of drug testing.

The aforementioned pay study is expected to return in the next few weeks, at which point the two sides will have a lot more to talk about. The city and ATCEMSA plan to meet again on July 2. They'll take a week to run working groups on particular issues after that, then reconvene to iron out outstanding terms and hopefully come to an agreement. ATCEMSA President Tony Mar­quardt has voiced a desire to get a tentative agreement to his membership by August, putting both parties in line to settle their impasse by Sep­tem­ber or the early fall. 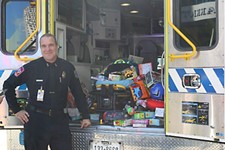 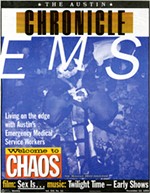 From the Archive: Welcome to Chaos
Crisis mentality at EMS