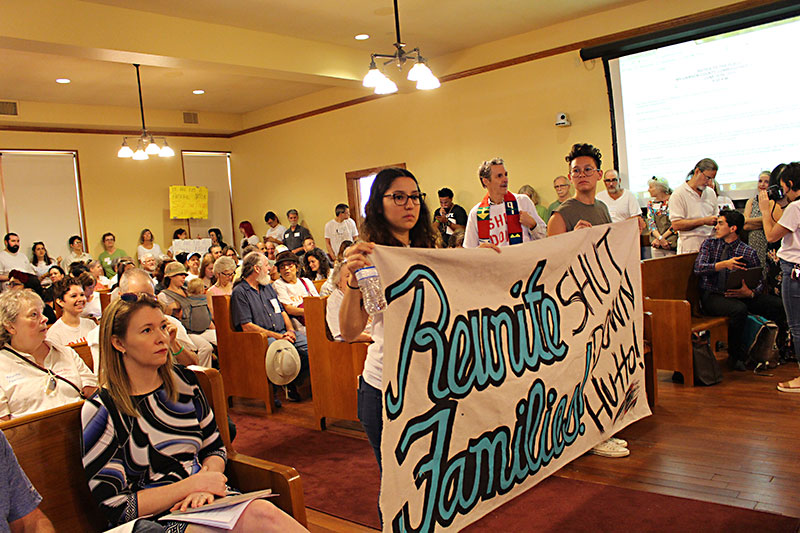 City Council returns today for its final meeting before the summer break, with 130 Items, including action on the $816 million November bond (potentially still growing), the potential for soccer at McKalla Place, and economic incentives. See "Council's Last Licks," June 29.

Austin Public Health reported this week on the sad state of the Austin Resource Cen­ter for the Homeless. Director Stephanie Hayden noted Austin Code's six major issues facing the facility, including bedbugs, inconsistent water temperatures, and fire door and occupancy limit violations. The department is working with Front Steps to resolve the issues.

SCOTUS Don't Hurt Us: It was a week of awful rulings at the U.S. Supreme Court, which ruled this week to uphold President Trump's Muslim travel ban, found in favor of California anti-abortion crisis pregnancy centers, decided public sector unions cannot require dues from nonmembers – aka "free riders" – who benefit from union-negotiated contracts but choose not to pay, and sided with the GOP on a number of gerrymandering cases. See "Point Austin," or "SCOTUS Lets Gerrymandering Slide," June 29, for more.

And Rodney Reed lost out at SCOTUS, too. The high court ruled against the death row inmate's request for additional DNA testing on untested items of evidence concerning the 1996 murder of Stacey Stites. Reed's attorneys filed a new pleading with the Texas Court of Criminal Appeals that argues Reed's conviction was based on scientific testimony that's now proven to be wrong.

To Top it Off: Justice Anthony Kennedy on Wednesday announced his retirement at the end of July. Kennedy, now 81, was considered a swing vote on the bench, though this week's votes drove home the fact that he's actually quite conservative. His departure opens the door for Trump to nominate a second justice.