Closing up shop before summer break 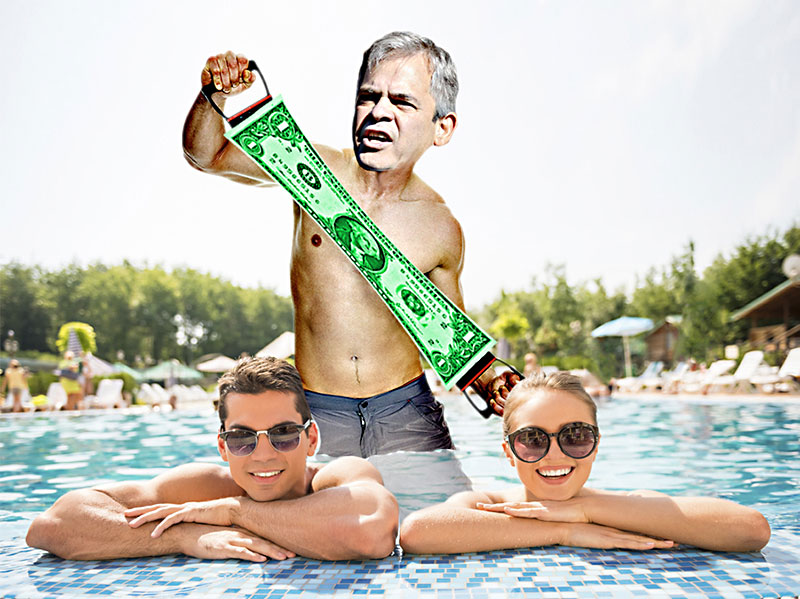 Mayor Adler and company hit the pool through July. They'll return in August to tackle the budget and bond package, among other issues.

Freshly back from their trip to Tornillo, where members (save for Ellen Troxclair and Ora Houston, who didn't go) joined advocates and elected officials from across the country to rally around the migrant children who'd been separated from their parents, City Council sat down for a work session on Tuesday with another hefty agenda. Today, Thu., June 28, is the body's last meeting before their summer break, and it comes at the end of a busy week, including an all-day special called meeting Wed­nes­day on CodeNEXT (see "CodeNEXT and Compatibility," June 29). That means 130 Items on the agenda, including action on parking and traffic at Zilker Park ("Stratford Drive," June 29) and some sort of fate for McKalla Place ("The Knockout Stage," June 29).

Enjoy! It'll be the last fix for a full month.

One of the more substantial items on Council's agenda is action on City Manager Spencer Cronk's suggested bond package to put before voters in November. Cronk's $816 million ask comprises:

•$74 million for libraries and cultural centers,

•$38 million in public safety, and

•$16 million for health and human services.

As usual, the proposal is the result of countless hours of work by the Bond Elec­tion Advisory Task Force, and is at once a heavy lift and nowhere near enough to fulfill needs in any of the included sectors.

Members spent part of Tuesday's work session poring over long-awaited changes to how the city operates its economic incentives under Texas Local Government Code Chapter 380. Council asked for the changes to the program's stated values, including an emphasis on diversity, but lingering questions from a number of CMs about transparency and other details made it possible the package could be pushed into August. That might make it tricky to fund the business expansion program included in the recommendation, since that will be butting up against budget season. Cronk suggested that in the time between the work session and Thursday's meeting his office could work to answer any outstanding questions so that the items could move forward. Mul­tiple members are eager to get the ball rolling, so there's a chance it does make the final cut.

After the business community came out against changes to the city's anti-solicitation ordinance that prohibits aggressive panhandling, city staff tapped the brakes on the issue to gather public input. A report by the Office of the City Auditor concluded last year that the solicitation rule, in combination with two other provisions on the books, helps effectively criminalize homelessness and doesn't help connect people to resources as advertised. Council was due to discuss the item on Thursday, but that got delayed again, and staff will return it to the agenda when they've garnered sufficient public feedback.

Can You Modernize a T. Rex?

Also included is a pair of items that will scrap some of the more burdensome regulations on the city's taxi and chauffeur companies. It's an effort to bring into the 21st century an industry that was so infamously difficult to regulators and consumers alike that it encouraged the arrival of ridesharing. The proposed changes will relax city regulations concerning rates, fleet numbers, third-party inspection and trade dress requirements, and virtual meters. The Transportation Department assures Coun­cil it has done the required stakeholder engagement, though you can never be too sure with cabbies.

So Long for Summer

Following that, Council's officially out for summer – er, July at least. Members will pry themselves from their hammocks the first week of August and return to many of the same issues: CodeNEXT will still be here; budget talks will start to ramp up; and with slowing economic growth and a homestead exemption-sized hole in available funds, there are sure to be many headache-inducing conversations ahead.

Speaking of which, Police Monitor Farah Musca­din reported on Tuesday that she and a working group will spend the next several months crafting a recommendation for a new police oversight system. Council's desire for the city to achieve more oversight components without giving away the budget in return will chafe with the Austin Police Association, which has spent 20 years negotiating those oversight concessions in exchange for generous compensation packages.

And that's not to mention that three council members (plus Mayor Steve Adler) will begin campaigning in earnest for their re-elections until November. Ora Houston decided against running again, but Ellen Trox­clair, Ann Kitchen, and Mayor Pro Tem Kathie Tovo are all defending their seats.

With such a lengthy to-do list, it'll be a miracle if we can get everybody to show up again on Aug. 9.