Texas Medical Board Defends Itself

Responding to complaints, agency renews attack on critics and judge 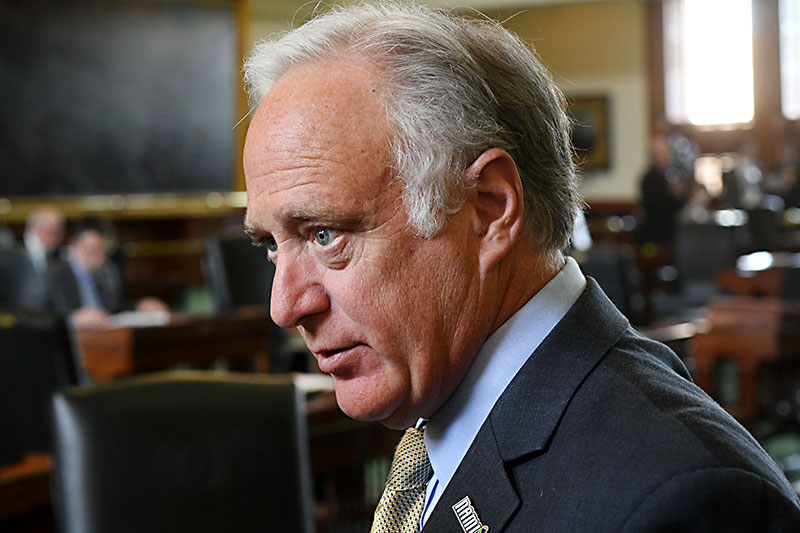 State Sen. Kirk Watson is vice chair of the Senate Committee on Nominations that would review the reappointment of embattled State Office of Administrative Hearings Chief Judge Lesli G. Ginn, whose two-year term expired in May. Until Gov. Greg Abbott acts to reappoint her, Ginn serves under a cloud of opposition from current and former SOAH staff. (Photo by John Anderson)

A brief recap: In September of 2017, Administrative Law Judge Hunter Burkhalter exonerated Dr. Robert Van Boven of charges of sexual "boundary violations" brought by the Texas Medical Board in response to complaints by two patients, and rejected a third complaint of unprofessional conduct. In December, rather than appealing that "Proposal for Decision" (i.e., ALJ's ruling) to a state district court, the TMB reluctantly confirmed it.

Since then, the TMB has persistently worked to undermine its own decision, insisting, for example, that the initial complaints against Van Boven remain on file with the National Practitioner Data Bank maintained by the U.S. Health and Human Services Administration. Then-interim Executive Director Scott Freshour also disputed Burk­halter's ruling with Burkhalter's supervisor, State Office of Administrative Hearings Chief ALJ Lesli G. Ginn. In late February, Ginn demanded Burkhalter's resignation (in lieu of termination), claiming bias in his decision – while insisting she was not responding to pressure from the TMB.

In a memo responding to legislative concerns about arbitrary TMB and SOAH actions against an ALJ, Freshour takes the opportunity to relitigate his dismissed charges against Van Boven.

Last month, Van Boven's direct appeal to the NPDB was rejected, in a decision by NPDB Director John Loewenstein, who wrote that he does not have the authority to overrule the TMB (as the Texas licensing agency) in its decision to "revise" the filing rather than void or remove it. In a lengthy rejection of Van Boven's appeal, Loewenstein wrote that the agency "cannot substitute [its] judgment for that of the reporting agency" nor "conduct an independent review." Van Boven says he's considering his options, specifically whether he can legally force the TMB to expunge its NPDB filing.

Meanwhile, Burkhalter's dismissal has inspired a letter campaign to Gov. Greg Abbott and state legislators, asking the governor to remove Ginn, whose two-year appointment expired in May. Thus far, the governor has taken no action either to remove Ginn or to confirm her reappointment. The latter would trigger a review by the Senate Committee on Nominations; committee members have been receiving letters from former SOAH personnel and others, most asking them to reject Ginn's renomination, should it come before them.

Austin Sen. Kirk Watson is vice chair of Nominations, and documents reflect that he has been responding to those letters with assurances that he is gathering information, while reiterating the Senate cannot act without first some action by the governor. In several replies sent May 10, Watson said that regardless of the governor's actions, he will "investigate this matter thoroughly." SOAH and the ALJs, he wrote, "must be confident they can rule based on the evidence and the law without fear of retaliation. And all of the agencies that work with SOAH must understand and respect that as well."

The TMB has also responded to the letter campaign, with its own memo defending its actions while once again trying to relitigate the Van Boven case and reiterating its criticisms of Burkhalter's ruling. The memo, dated April 6, criticizes the Chronicle's coverage of the story (without actually naming us), calling the paper's reporting "one-sided" and "ignoring salient facts."

The memo, under Freshour's signature, repeats its version of the Van Boven case and attributes bias to Burkhalter, reiterating arguments that were rejected in the weeklong hearing of the charges against Van Boven held last May. The memo also defends its complaint to Ginn, insisting that the action she took against Burkhalter was not prompted by the TMB complaint. "It appears the press and detractors of Chief Ginn have either not read TMB and Chief Ginn's letters or intentionally ignored them." (The Chronicle not only reported on the complaint, but posted the relevant documents: "Medical Board Loses a Case," March 16, and "Can't Convict the Defendant? Convict the Judge," May 4.)

Freshour insists that all he did was notify Ginn of Burk­halter's potential bias, and in his letter "did not ask Chief Ginn to take any action, but simply placed her on notice of certain concerns regarding an ALJ." That letter requested a meeting with Ginn and SOAH's general counsel, Cynthia Reyna, and no record of that meeting has been made available. Nevertheless, Freshour's memo renews his attack on Burkhalter for alleged bias, and accuses the judge of expressing opinions "offensive particularly to victims and women generally."

That is, in a memo responding to legislative concerns about arbitrary TMB and SOAH actions against an ALJ, Freshour takes the opportunity, once again, to relitigate his dismissed charges against Van Boven, and then to reiterate and amplify his complaints against the fired judge.

Burkhalter responded in detail to Freshour's charges in his own February letter to Ginn, a few days prior to his termination. As he put it, "The remedy for a party who feels a judge has erred is judicial appeal, not impugning a judge's character to his employer." In his memo, Freshour writes that rather than the TMB making its decision not to appeal on substantive legal grounds, "If TMB had decided to appeal there would have been accusations that such an appeal was frivolous and for delay."

This week, Van Boven composed a blistering and detailed response to the Freshour memo, also submitted to the Nominations Committee. He recounts the history of his years-long persecution by TMB, and describes the Freshour memo as containing "serious falsehoods or omissions that may serve to deflect from alleged improprieties by TMB Staff/Officials" and Ginn. He also requests of the legislators a "formal, independent investigation."

In sum, writes Van Boven, "The lack of active supervision of the TMB and SOAH leadership is problematic with fertile potential for abuse of power. ... the TMB and SOAH are Kafkaesque bureaucratic offices in need of accountability and oversight." 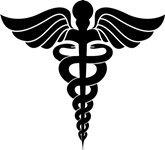