What Home for This Home Depot? 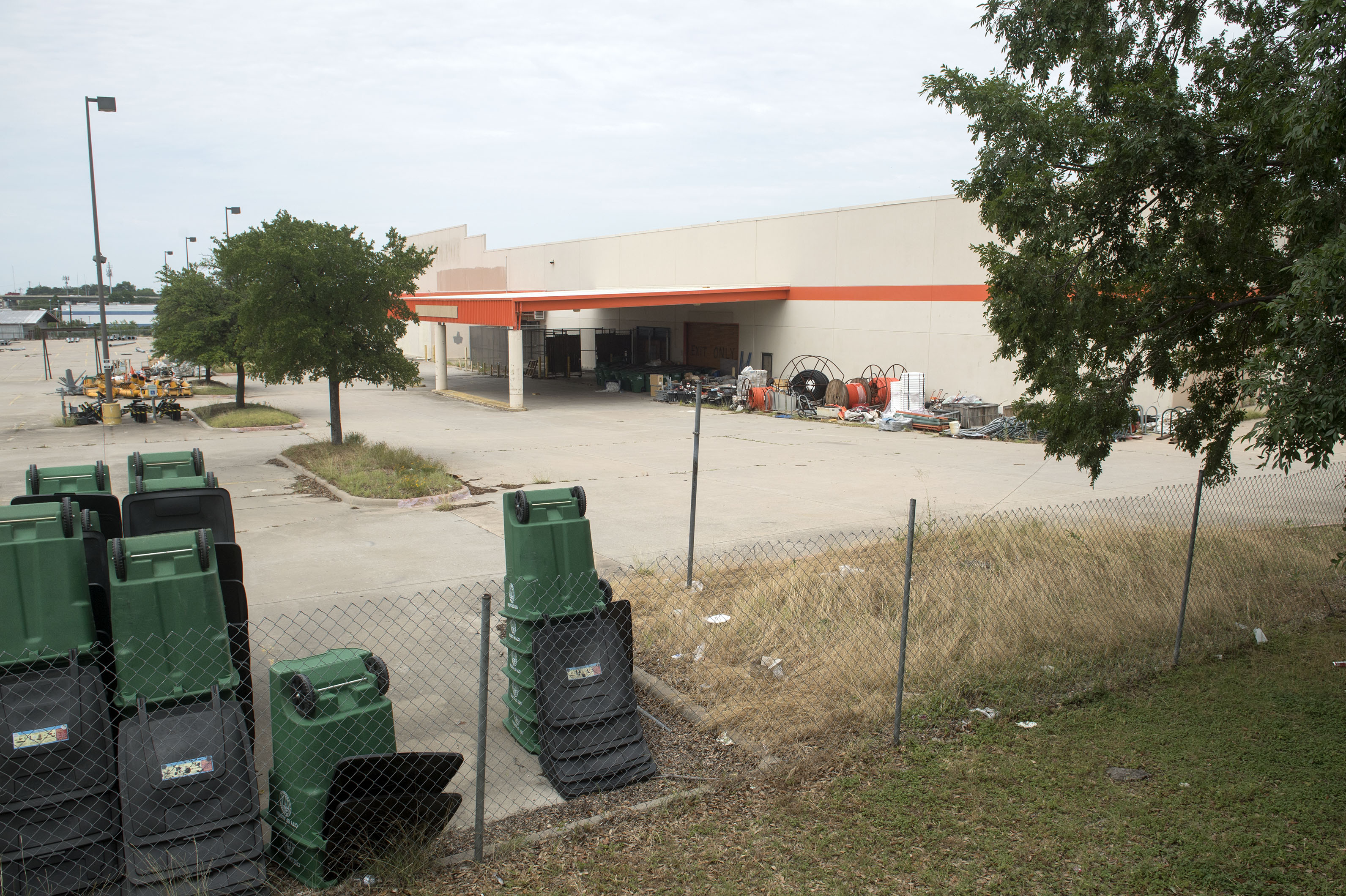 The former Home Depot on I-35 and St. Johns (Photo by John Anderson)

The city-owned property on the corner of I-35 and St. Johns that has sat dormant for the past decade came one step closer to redevelopment last week, when community members met with District 4 City Council Member Greg Casar's office to sketch out on poster board their ideas for the space, which consists of a defunct Home Depot and storage space and has since the city bought the land in 2008. Though desired uses vary among residents, one thing everyone seems to agree on is that the property can't continue on in its current state.

Casar's office has partnered with area residents and the People's Community Clinic to form a Community Vision Leadership Team that since March has collected nearly 700 in-person and online surveys on the issue. Last week's meeting was the group's final community engagement exercise; that data will now be analyzed. Housing, recreation, youth development, cultural arts, and commercial use appears to top most of the lists. Specifically, residents want affordable housing, open space, and another pool to replace St. Johns, which the city closed in 2010 ("Shall We Dive In?," June 1). Other suggestions included open space for flood mitigation, a recreation center, and parking. "With 20 acres, we can accommodate lots of the options," Casar said. The CM spent time personally knocking on doors, a particularly important tactic in what is now a heavily Latino community; more than 40% of the households are Spanish-speaking. However, there remain a wealth of African-American families with longtime ties to the neighborhood, and even more who have been displaced. "On the housing side, I've heard from lots of people that I've talked to one-on-one, that have historically been here, [about having] some affordable home ownership, too, to bring some of the families back that would love to come back to St. Johns, but now the kids or grandkids could never afford a home," he said.

Barbara Daniels grew up in St. Johns, and now lives in a nearby neighborhood. She attended the meeting because she has family who still own property there. Daniels has written about the history of the area, originally developed as a byproduct of Jim Crow. While she appreciates the possibility of a park in the Home Depot's stead, Daniels said she would most like to see spaces for youth activities and enrichment, such as music classes, to serve neighborhood children. Whatever goes there, she said, "I'm glad to see it getting recovered, hopefully."

With the community engagement process complete, Casar's office can now focus on getting the collected data analyzed and put into an actual master plan with options the community can review. The next phase will involve putting together ideas about how to finance the project. Casar hopes he and his colleagues will be able to vote on a plan by December. "I think it needs to be a really aggressive timeline, because it's sat around for 10 years without anything happening," he said.