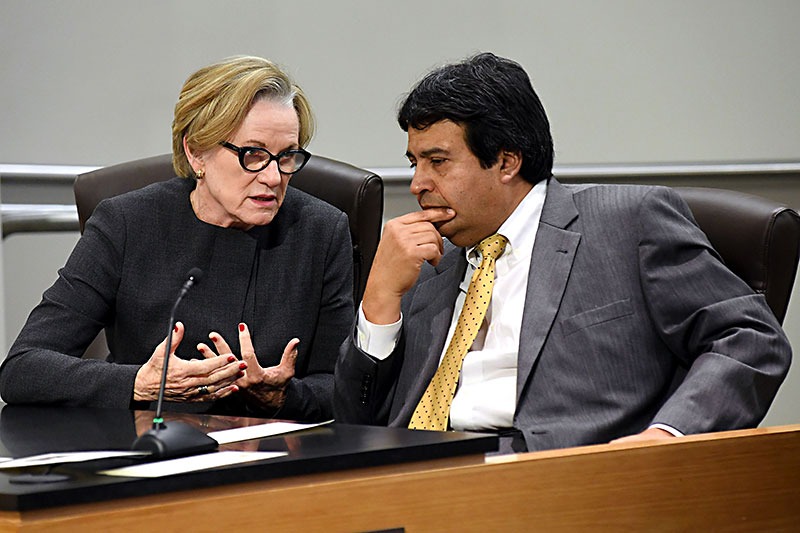 In the return of a notion that has circulated at Travis County for years – one old county hand calls it "generational" – District Attorney Margaret Moore and County Attorney David Escamilla are promoting a proposal that would effectively merge their two offices, thereby establishing a broadly based D.A.'s Office that would handle not only the current felony prosecutions but also misdemeanors, and (in one version) include a civil division for most of the county's civil litigation.

The discussions are very preliminary – "there's nothing on paper," said one county official involved in the conversations – but the two head lawyers say they have been discussing it seriously with county officials since the beginning of the year. "David was the one who actually broached the subject," said Moore last week, of the conversation that began shortly after she took office last January. "He raised it with me at the beginning of last year, but we both thought we should wait a year to pursue it. We've talked more seriously about it since January.

"We think this is a unique moment to consider it because I've done both jobs [Moore was county attorney from 1981-84], so it's an opportune moment."

Escamilla said that he's been "dealing with this issue since before I was county attorney," when a legislator suggested the possibility before he took office in March of 2003. "I'm not a turf kind of person, so I've talked about it over the years – had some discussions with [Moore's predecessor] Rosemary Lehmberg after her 2012 re-election ... two months later she got her DWI." At the time, Escamilla was considering not running again, but was re-elected in 2016 for a four-year term – and says he would be ready to step down when his current term expires, in 2020. Officials say that's roughly the time it would take to put a consolidation in place.

The current arrangement is actually unusual among large Texas counties, with most featuring a D.A. that administers all criminal prosecutions, and many encompassing a "civil division" as well. The prosecutors say that no less than 49 counties employ a "Criminal District Attorney" office to cover all prosecutions and civil lawsuits, in Escamilla's phrase, "with no leftovers."

Escamilla's predecessor, Ken Oden, said the idea of a consolidation seems to arise "generationally" at the county. "It makes sense to consider it at a transitional moment ... when you could streamline some bureaucracies and produce some organizational benefits. ... In fact, I think the system would operate just fine under any scenario – if you've got good people. It's probably a logical step to take, but I don't think the public is at great risk in either case."

The merger discussion has not yet become a formal proposal, said Moore, but "we both feel there are compelling reasons to propose it. Given the county budget realities, and the expanding needs of the justice system," she continued, "it's appropriate to look at the efficiency reasons. But there are important justice reasons as well – to combine filings in cases involving both felonies and misdemeanors, for example – and it would allow 24-hour intake to combine misdemeanors and felonies, without unnecessary duplication of effort."

Escamilla agreed. "Each year, there are something like 4,000 defendants with felony and misdemeanor cases; under a merged structure, just one office would make priority decisions, and there would be fewer cases filed, fewer touches to the criminal justice system, and less money involved." Escamilla cited more than one model: Some counties combine all legal matters, while a few retain a county attorney strictly for civil litigation.

County Judge Sarah Eckhardt said she's aware of the discussions and expects the Commissioners Court to hear presentations later this year, after budget preparation. "It's gonna be a slow-moving train," said Eckhardt. "Not only because of the legislative aspect, but both the Planning & Budget Office and the [Justice] Planning Office are considering it, looking for budgetary efficiencies, to present to the court later in the year." Eckhardt added that she thinks the county would still need legal assistance in some civil matters, for example real estate work and public-private partnerships.

Any merger would take at least two years to accomplish, not only because county officials must first be persuaded to move forward, but because the change would require legislative action. Moore said Sen. Kirk Watson has indicated a willingness to carry a potential bill, but before the 2019 session, Commissioners Court would need to express its support. No organized opposition has yet emerged, although some defense attorneys reportedly expressed skepticism that the project is an attempt to fix something that isn't broken.

On the court itself, Pct. 1 Commissioner Jeff Travillion said he'll wait to take a position until he hears a concrete proposal. "I am a process person," Travillion said. "I have got to see a solid proposal, so I can see the pros and cons. I think there is a value, for example, in separating criminal and civil procedures. And I will want to know what the training capacity is in the existing organization, and what would happen in a new type of organization – and whether it would address some of our diversity issues as well."

For the present, Moore and Escamilla say they are discussing the possibility with all interested parties and advocacy groups, in hopes to build momentum for more formal discussions at the Commissioners Court. Travillion left open a question that remains to be answered: "I want there to be some rational basis for doing this." 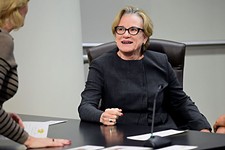 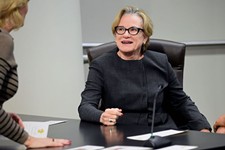 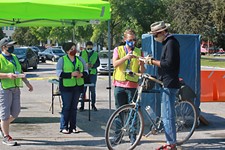 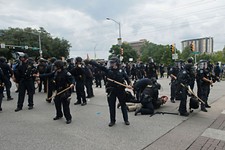