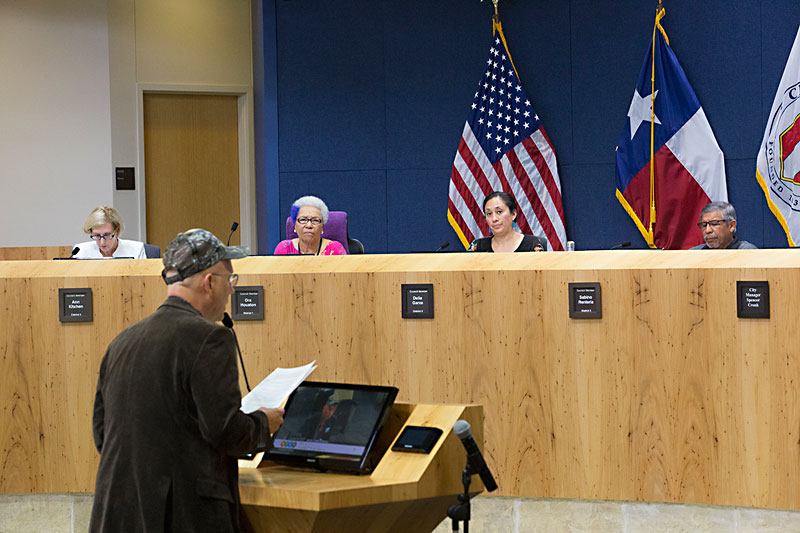 I Get Around: On Sunday, June 3, Capital Metro implements what it describes as the biggest service change in its history. Although the agency has received some public backlash on the changes, it calls the revision "a simpler, more direct bus network with more frequent routes." The new service adds 10 routes, alters 52 routes, and increases the "high-frequency network" from six to 14 routes, operating every 15 minutes, seven days a week.

Emerald City Blues: APD Assistant Chief Ely Reyes is a finalist to be the next chief of the Seattle Police Department. Reyes, who was instrumental in implementing body cameras on APD officers, is one of three finalists for the position.

APD Officer Derek Baroody continues to receive medical treatment after his patrol car was hit by a drunk driver early on Tuesday morning. Three other individuals were also sent to the hospital to be treated for injuries; they're all in stable condition. The driver has been charged with intoxication assault, intoxication assault on a peace officer, and DWI with a child passenger.

Various Austin organizations are taking actions to oppose the Trump admini­stra­tion decision to separate parents and children arriving at the southern border and seeking asylum – as a cruel deterrent to other immigrants. At 4:30pm this Friday in Austin a dozen groups – Indivisible Austin, United We Dream, Progress Texas, etc. – will host a rally and march at Republic Square, 422 Guadalupe.

More Immigration Misery: The Office of Refugee Resettlement admitted it was "unable to determine with certainty the whereabouts" of 1,475 migrant children in their custody last year, after releasing them to sponsor families. By the agency's own description, those children are especially vulnerable to human trafficking, exploitation, and abuse. The Department of Health and Human Services is looking over ORR's legal responsibilities when children are released to sponsors.