District 1 race continues to fill up 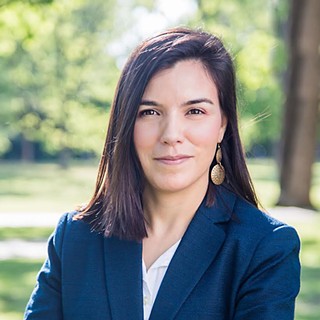 Venezuelan native Mariana Salazar arrived in Austin a decade ago, after having immigrated to the United States in 1999. Five years after arriving in town, the mother of two earned her U.S. citizenship. She now serves as the research and evaluation director for the Ending Com­munity Homelessness Coalition, responsible for the plan to end homelessness that City Council approved in April. That work is part of what is driving Salazar to challenge Ora Houston for the District 1 City Council seat; she's one of three vying to do so.

Salazar said her top priority as a council member would be addressing displacement and access issues, particularly surrounding health care. She'd like to see workforce development and tax abatement programs put in place to support residents. "I've seen the impact that we can have working with coalitions," Salazar said. "That work has inspired me to be even more involved in the community."

She sees District 1 as currently divided between longtime residents and new ones, particularly Latinos, a demographic whose district population grew by 37% between 2000 and 2010. She believes her story can bridge the gap between those two experiences for the people of D1, despite the fact that it was created as an African-American opportunity district. "I am aware that this is a district that was intentionally drawn so that the African-American community had a say in who they would elect," she said. "That doesn't mean that person has to be black." 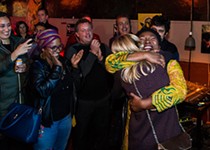 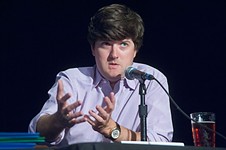 Run-Off Election Ticker: Getting a Li’l Testy!
Democracy itself is at stake. Just ask Frank Ward.