A group of education advocates, helmed by teachers union Education Austin, called for Austin Independent School District Board of Trustees President Kendall Pace to resign this week, after comments she made via text message that disparaged community activists and the "poverty pimps" she feared would foil policy she hoped to bring to fruition. At a press conference held outside AISD headquarters on Tuesday, EA President Ken Zarifis said: "Instead of respecting those who have elected her, she chooses to demean them, and all the while creating a course of action behind closed doors."

In the messages, which came to Education Austin's attention through channels they won't reveal, Pace details a path toward creating a transformation zone in Northeast Austin to boost low-income schools. That would only come to pass, she wrote, if "we set up a real charter-like [school] (i.e. one with balls to ignore the special interest groups and crazy ignorant community activists and poverty pimps)." EA believes the texts reveal Pace was working behind the scenes with the Texas Educa­tion Agency to shepherd the process, which the union referred to as "backdoor" dealings. 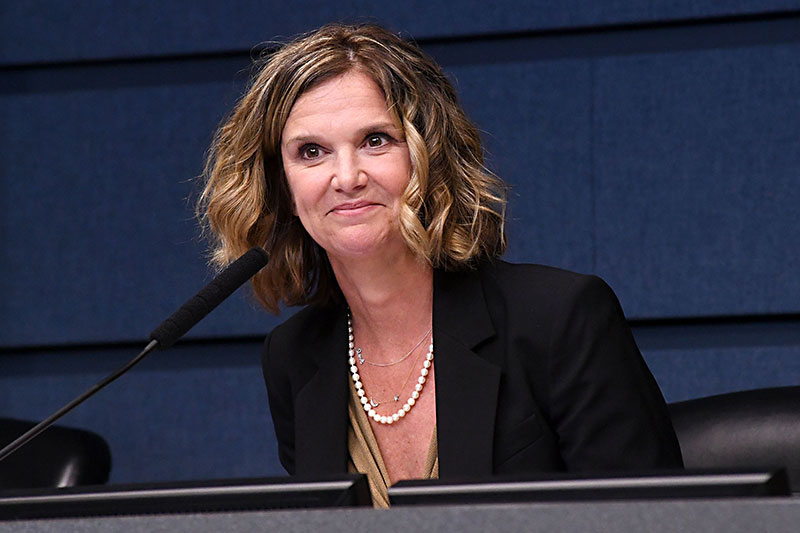 Shortly before the press conference, Pace issued a statement announcing her intent to step down as president in June, but otherwise declined to leave the board. In a press statement, Pace instead noted that the text messages were intended to be private. "I will not make excuses for it, and I do acknowledge that it was unpolished," she wrote. "It was written in a passionate haste born out of frustration that we are not doing enough to close our equity gaps. I know it will create the appearance that is not representative of who I am as a leader in this community. If I could do it over again I would choose my words differently."

Though that may be true, Pace maintains that the text was "from the heart and that stays true." Her frustration stems from the persistent outcome gaps between "economically disadvantaged and black and brown students" in the district and "their whiter, wealthier peers. ... I do not accept that zip code or family income or skin color or inadequate funding as an excuse for continued achievement gap," she wrote. "We can and must do better to scale our successes."

Pace was out of town on Wednesday and could not be reached for individual comment, so it's unclear if the community response will change her decision to remain on the board. Pace holds one of two at-large positions on the nine-member board, and her term expires in November, so should she remain on the board, she'll need to make a decision about whether to run for re-election. There's also the issue of determining her replacement as president, a succession of power we're still sorting through at deadline. Expect more on this next week.