Adult cabaret going up across the street from Daffodil Apartments 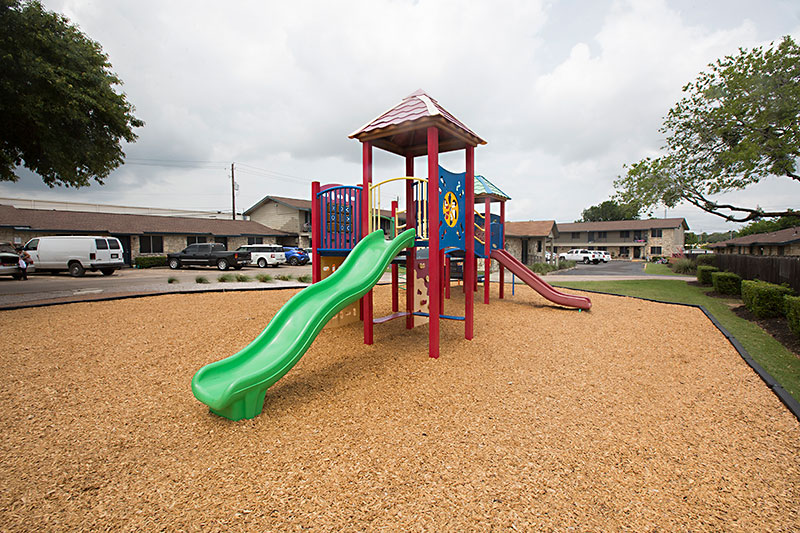 A playscape at the Daffodil apartments. Global Auto wants to open an adult cabaret across the street from the South Austin complex, home to 40 families. (Photo by Jana Birchum)

Foundation Communities continues to raise an alarm against an adult cabaret planned for 6017 E. Ben White, across the street from its Daffodil Apartments, an affordable-housing community home to 40 families, 10 of which are at-risk or formerly homeless as part of its Children's Home Initiative Program. FC Executive Director Walter Moreau calls the situation the organization's "worst nightmare," because of the children who participate in an afterschool program on-site that includes daily physical activity in the facility's park. Should the change of use happen, the kids' soccer field will overlook the back of the cabaret.

Moreau argued unsuccessfully that the facility's afterschool learning center and park made it incompatible, per the section of city code barring adult-oriented businesses within 1,000 feet of licensed day care centers, as well as public parks and playgrounds. Because the learning center isn't state-licensed, it didn't preclude an adult business from setting up shop nearby. Moreau secured another status designating the program a home-based child care provider, but city staff believe the project should go forward since it preceded Daffodil's new status.

It's an acceptable use for the site already, so the applicant, Global Auto, need not request a zoning change that would trigger a public meeting for opponents to raise concerns. Neighbors only recently received notice of the site plan application, which is purely administrative. And due to the vagueness of that initial notice, those who could have raised issues with city staff didn't. Ana Aguirre, chair of the Southeast Combined Neighborhood Plan Contact Team, said she thought the notice referred to an automotive business. Since the contact team doesn't oppose that use, she didn't object. After she contacted city staff to alert them of the problem, they sent out a revised notice specifying that the proposal will be an adult-oriented business. "If we had been aware they were considering an adult-oriented business, we would've definitely responded," Aguirre said.

Staff confirmed this week that property owners within 500 feet of the property will receive a new notice, and that any comments from those interested parties will be compiled into a report, posted online, and sent out to relevant stakeholders. But the fight won't end there: Moreau has been advised the organization could appeal to the Board of Adjustment or even district court for relief.

The area's Council representative Delia Garza has her office working on a remedy, and has asked staff to point out where city code mandates Global Auto's application supersede Daffodil's new status as an at-home provider. "I'm still searching every avenue we can," Garza said. "Because obviously the spirit of the law it to not have an adult-oriented business near a child care facility. I think following the spirit of the law, staff should reject that site plan application." 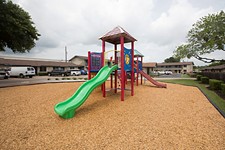