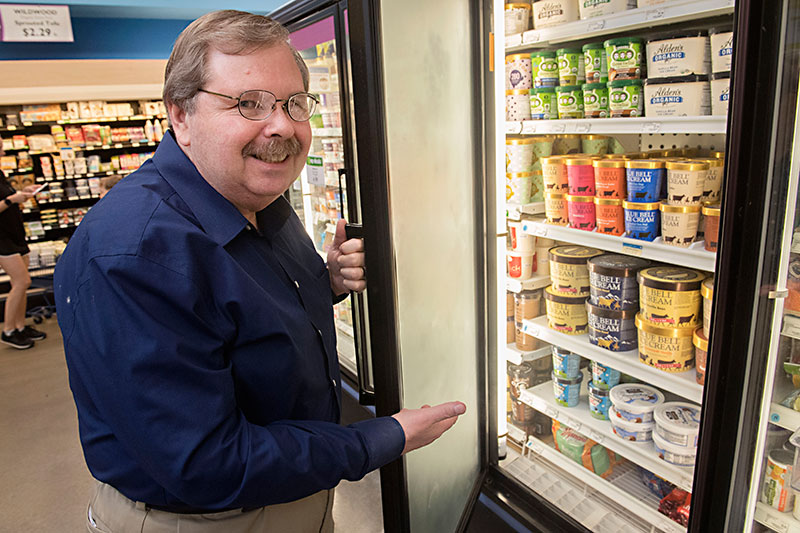 When Travis County Tax Assessor-Collector and Voter Registrar Bruce Elfant started his ice cream social 26 years ago, he was the new Pct. 5 constable looking for a way to bolster his campaign chest. One would have been enough for him, but the next year community members asked him to host another. Elfant agreed, and began incorporating nonprofits so the community could benefit. The ice cream social became an annual thing, and what started as a 30-guest affair is now a community institution that's raised $130,000 for nonprofits. But last year was Elfant's last: On Sunday, May 20, 1-4pm at VFW Post 856 (406 E. Alpine), Elfant hands the reins to the Travis County Democratic Party. "I'm excited that the party's chosen to continue it, and they'll continue it in different directions and that's great," Elfant said. "But for me, the important thing was that it was a model to bring people together and then give back to the community." RSVP at act.myngp.com/Forms/4873025139568412672.  – N.H. (Photo by John Anderson)

No City Council meeting this week. The body's next regular meeting is set for Thursday, May 24. See "Knocked Down and Drug Out," May 18.

AISD Board Drama: Austin ISD Board President Kendall Pace announced her resignation following the reveal of some off-color text messages she'd sent to a board colleague. She declined to resign from the board, however. See "Teacher's Union to AISD Board President: Resign," May 18.

Council Member Pio Renteria may have a challenger to his District 3 seat. Jessica Cohen filed a campaign treasurer appointment in late April.

Breaion King Settlement: The city has reached a tentative settlement agreement with Breaion King, following her violent arrest in 2016, though the amount has not been made public. Council is expected to consider the figure on May 24.

Tyler Harrell, who shot APD Officer James Pittman during a no-knock SWAT raid on his family's home, was sentenced to 13.5 years in prison after being found guilty of aggravated assault.

U.S. Judge Orlando Garcia released his full opinion on the ruling that found Texas in violation of the National Voter Registration Act ("motor voter") for preventing drivers from registering to vote when they update their licenses online. Garcia has given Texas and plaintiffs from the Texas Civil Rights Project until today (Thursday) to come up with a solution.

Betting on Texas: The U.S. Supreme Court ruled in favor of sports betting this week, leaving the choice to legalize the long-running endeavor up to individual states. State Rep. Eddie Lucio III on Tuesday filed legislation to legalize sports betting in Texas.

Fake Fake Fake: Lt. Gov. Dan Patrick criticized "fake news" in a radio ad, saying the "press has always been biased against conservatives, but what we are seeing today is total disregard for the truth. It's fake news." Here's some real news: Dan Patrick is a fake leader.