Council: Knocked Down and Drug Out

City Council, on into the 12th round 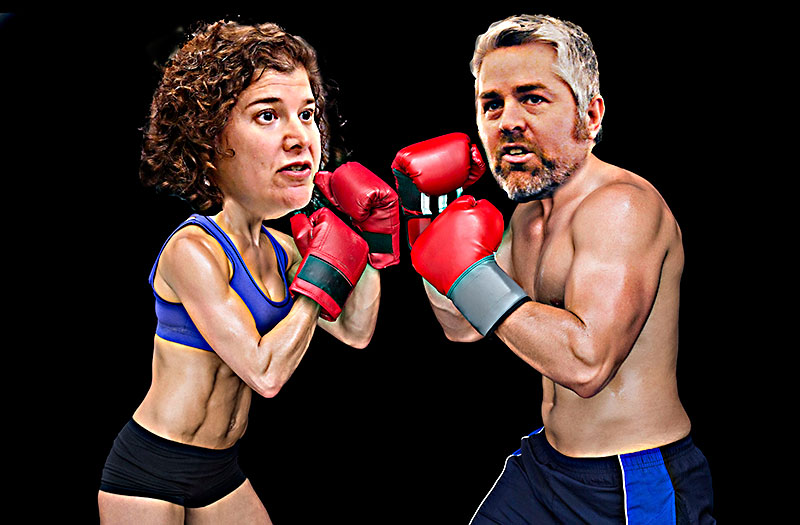 By the Chronicle art staff / Thinkstock

Finding the positive, last week's City Council meeting did end at a decent hour. Quite fortunate, because after the meeting everyone involved deserved a good breather – and maybe a Friday morning yoga session. There were plenty of sparks throughout, be they Jimmy Flannigan's tweet about the Snoopy PUD or Council's decision to move the Municipal Court to the MetCenter – despite the Met's developers, Zydeco Development, being found to have once referred to a stretch of Southeast Austin as "Tortilla Canyon" in a promotional map. But no subject stoked the flames like consideration of the process for retooling the Planning Commission to comply with the City Charter.

The topic was a holdover from Council's previous regular meeting, when staff indicated that the charter's lack of any process for removing Planning commissioners prevented members from taking action. The commission is currently in violation of the provision requiring two-thirds of the membership be laypeople – i.e., not "directly or indirectly connected" to development.

No subject stoked the flames like consideration of the process for retooling the Planning Commission.

At Council's work session last Tuesday, Ann Kitchen introduced an amendment that would direct the city manager to consult with the city clerk and come up with a determination for which members qualify as "connected" to development, and a process for handling any excess. "If a charter amendment is required," Kitchen's language reads, "the City Manager is directed to bring back potential charter amendments for Council's consideration." That ultimately passed on Thursday – 6 to 4 (rollout of said process is expected by June) – but not before a bit of grievance-airing from the issue's warring factions: those who believe Council should act on the current developmental surplus, and those who believe the issue is best left to charter amendments.

On the first side is Alison Alter, who stressed that "the community is telling us that our Planning Commission is unlawfully constituted, and that is a question that we need to address today." The council member offered several examples (truancy, criminal activity, sexual misconduct) of cases in which Council might want to remove a commissioner, and even referenced her own ousting from the Parks and Recreation Board in 2016 (which doesn't apply here, since the charter does not account for PARB).

Flannigan interjected, criticizing what he considers an enduring effort to derail the CodeNEXT process. "I am not okay with every decision on this dais being a proxy vote for CodeNEXT," he said. "And that is what is happening right now. I'm not going to sit here quietly anymore and allow part of this dais to grandstand and disrupt the legal process of law that we are trying to proceed."

However, it appears passage of the resolution won't be enough to shut down Alter's efforts. On Friday, May 11, she, Ora Houston, Leslie Pool, and Mayor Pro Tem Kathie Tovo sent an open letter to decry the vote, saying the resolution "fails to uphold the Charter in significant ways" and "dodges the question of what the Charter means by 'directly or indirectly connected with real estate and land development.'" (See "Point Austin.") More shoes to drop on this one.

Though much of the community has coalesced around Brian Manley being appointed permanent chief of police, some activists appear determined to open a conversation about how Manley's administration may operate. Last week, the Austin Justice Coalition, criminal justice group Just Liberty, and the Austin Community Law Center released a list of changes they would like to see as proof of Manley's commitment to leading APD "into a new era of policing."

The groups are asking Manley to release internal documentation on the implementation of its de-escalation policy – one of 10 points they feel he should address. Also among the asks are the reformation of the department's mental health first response unit, a plan for a new crime lab, improved transparency, and a policy requiring investigations into "takedowns" (i.e., hand-to-hand use of force) be conducted by someone outside the involved officer's chain of command.

AJC Founder Chas Moore said he and his colleagues had hoped to raise a number of these issues at the first community forum to vet Manley, held Monday, May 7, but that the forum's moderator declined to present their questions. And Grassroots Leadership's Chris Har­ris reported complaints that questions had been altered or otherwise softened. The next public engagement is scheduled for tonight (Thursday), May 17, at the KLRU Studio, and will feature community members asking Manley their questions directly – good news for Harris, Moore, and company.

"Until we are able to ask him the questions necessary, it's going to be hard for my organization and people like us" to support Manley, Moore told me.

Less than three weeks after disappearing upon City Council's enacting an ordinance requiring them to be permitted, dockless mobility companies are coming back. The city approved emergency rules regulating the apps on May 7, and a week later the Transportation Department announced its licensing process was open for business. That opened the floodgates for a group of competing businesses that've been fighting tooth and nail even through the last couple of weeks to maintain (or yank away) any advantage a couple of them got by pre-empting the regulatory process.

A week before the city unveiled the licensing process, Zagster and Spin sent a dramatic letter to the city urging staff to "take action to ensure that the companies who disregarded your requests to refrain from launching service until the Council's planned pilot program was in place are not now rewarded for violating your trust."

Does that mean Bird and LimeBike are banned from participating in the new pilot?

Hardly. The ordinance Council passed on April 27 doesn't penalize any of the companies that disrupted the pilot, and there are no signs of a change in course. Tim Alborg of Pace, Zagster's dockless fleet, said Tuesday that the company is looking forward to an Austin launch, happening "soon."