Planning, Zoning & Platting get last licks in before recommendations go to Council 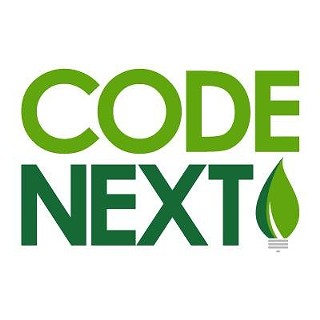 As we go to press, the Planning Commission is concluding its fourth marathon meeting spent crafting recommendations on the third draft of the proposed zoning rewrite. Com­mis­sion­ers offered over 900 amendments, some of which will form PC's final product. The commission hopes to finalize and deliver feedback to City Council before May 29, when Council will conduct the first of two public hearings.

PC Chair Stephen Oliver had hoped Wednesday's meeting would focus on CodeNEXT maps, but despite eight hours of work on Monday, commissioners still had not finished their deliberations on the zoning section of the code's text (and mapping ended up getting pushed back). Com­missioners spent that meeting addressing floor area ratio restrictions, whether bars can be built under the proposed Main Street zones, and Conor Kenny's anti-McMan­sion ordinance, which passed 12-1 and would reduce single-family lot sizes, with the intent to slow demolition and incentivize smaller, more affordable development. But affordability issues, among other things, were tabled until Wednesday.

Meanwhile, the Zoning & Platting Commission is fighting to stay relevant. Staff removed CodeNEXT conversation from their Tuesday meeting agenda following the body's recommendation that Council "terminate" the project, though commissioners insist it was never their intention to stop discussion. ZAP officers sent a letter to the mayor and City Council pledging their commitment to finding the "best regulatory tool possible to implement Imagine Austin," and reminded that their recommendation "includes a way forward," something they hope to shape in the next few weeks. Chair Jolene Kiol­bas­sa said CodeNEXT will return as a standing item on June 5.

While All This Was Happening ...

The city's Equity Office finally released its CodeNEXT evaluation, based on staff's racial equity self-assessments back in February. The report found a "strong initial start to incorporate community priorities into CodeNEXT," but also noted insufficient information on community participants, including "no indication of how much or how well Austin communities of color were engaged" in CodeNEXT. The office suggests four actions be implemented at the city, and one within the code:

4) Enact policy to guide equitable development and planning decisions as well as strategies for building capacity and resources to support Austin's neighborhoods and communities of color.

Within the code, the Equity Office recommends increased attention toward intersectional outcomes of the six community priorities (economic opportunity, mobility, safety, health, cultural and learning opportunities, and working government) by including "explicit discussion of all key outcomes" in CodeNEXT and noting where a connection has not been identified, so as to invite community and expert feedback.