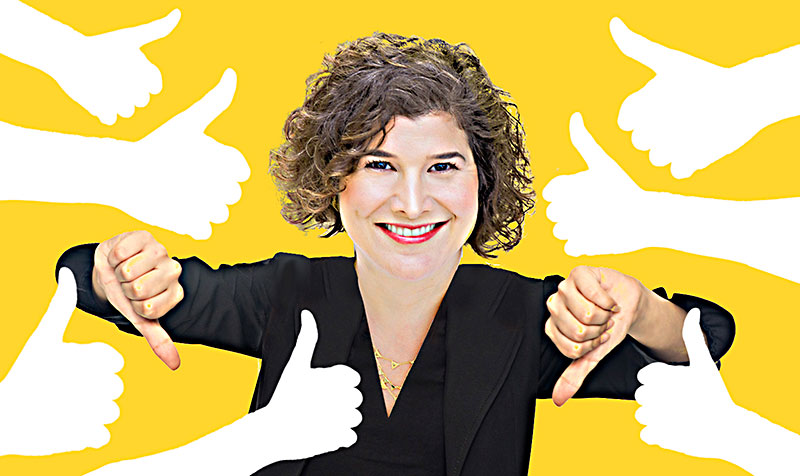 Before noon on Tuesday, as City Council members made their way through a work session agenda, it was already clear that another marathon regular meeting would be in store today, May 10. Council's last meeting, at the end of April, went a mind-boggling 17 hours, with the added bonus of having the three stickiest subjects saved for after 10pm. And as this week's list of Items grew, Mayor Steve Adler reminded colleagues that they start off each meeting cycle with the best intentions – promising themselves and each other that they'll never let such a late meeting happen again.

And yet members return today with a forbidding 93-Item agenda that includes third reading of the long-awaited special events ordinance. Mayor Pro Tem Kathie Tovo has a set of amendments she plans to roll out that she believes will satisfy the concerns of various competing interests. In addition, members will also consider a clarification to Planning Commission membership requirements that would require they boot commissioners when too many are associated with development (as is currently the case), in violation of City Charter.

That's a holdover from two weeks ago, when city legal suggested commissioners couldn't be replaced before the end of their two-year terms without Council creating a process for doing so. Because of a Charter amendment voters passed in the Nineties, the commission should be made up of at least two-thirds laypeople – i.e., "not directly or indirectly connected with real estate and land development." Today, questions remain as to what exactly it might mean to be indirectly connected to land use. Aside from a quartet of architects (including Chair Stephen Oliver), the commission includes engineers, a real estate lawyer, and Greg Anderson, Director of Operations at Austin Habitat for Humanity. CMs Greg Casar and Pio Renteria argued on Tuesday that intent matters; they offered examples of candidates who might be barred against the spirit of the City Charter. Alison Alter countered that those candidates would be allowed under the proposed change – just not if they'll be adding to a commission whose membership includes the maximum amount of directly or indirectly connected individuals. Expect more discussion, at length, sometime today.

Another point of contention in Tuesday's work session was Alter's resolution to regulate how the Austin Police Department buys or trades in firearms. She first brought the issue up in December, after a Texas Standard report on how Texas police departments sell excess firearms to licensed gun dealers, which they in turn sell to private individuals. The resolution directs the city manager to end any contract that sells or trades in firearms (or firearm accessories) to gun dealers or other third parties.

But it's reasonable to question the need for the resolution. An APD rep told Coun­cil that the department holds restored firearms in its training facility armory, and that it separately has about 10,000 seized guns in storage awaiting recycling. Council only heard about one case in which APD disposed of its weaponry in the way the Texas Standard story detailed.

Council last week failed to pass the citizen-initiated ordinance to open the process for putting CodeNEXT up for a public vote. A group of residents, led by attorney Fred Lewis, believe the land use rewrite should be put on the November ballot so that voters can "check Council's work" and decide whether to adopt the proposed 1,500-page code. But Council has heard from its own legal team, as well as an outside expert, that Texas law prohibits zoning being put to a public vote, except when it's an initial adoption – which clearly doesn't apply here.

Yet there are competing views on the dais, representatively laid out during an April exchange between Alter and Ann Kitch­en, who said she "cannot in good conscience vote to adopt this ordinance, before laying out a proposal that would include "testing" the code before implementation. Kitchen believes the petition "violates state law and violates our City Charter, which is our city's constitution and which I took an oath to uphold." Alter, who had already signaled her support for putting the petition on the ballot, said she understood Kitchen's "interpretation of the law" but did not "believe from what I've read" that it is prohibited. "And that's my interpretation, and I think we should, for tonight, agree to disagree."

But it's hard to disagree with Texas Local Government Code 211.015, which painstakingly lays out the rules for zoning referendums in home-rule municipalities. City voters can repeal zoning regulations through a charter amendment (not applicable here) or on the "initial adoption." Alter agrees with Lewis, who believes Council has an obligation to put the question on the ballot and let the courts decide whether it's illegal in the eyes of state law. Regardless, Lewis told me that ultimately this passage of state law is "not even thinking" about Austin's current situation with CodeNEXT, and instead refers to the zoning of individual parcels – and not entire codes – as the inappropriate subject for initiative.

Pretty much everyone involved expects the matter to end up in court, but the petitioners preferred to have Council adopt the ordinance so that the referendum could be on the November ballot. Since the motion to adopt the ordinance failed, it will take an act from Council to bring it back up again. If not, those behind the petition can sue Council to force them to do the thing they didn't do so they could avoid getting sued. Clear as mud?

This story has been updated to accurately identify Greg Anderson's professional title.