How flippable is this district? 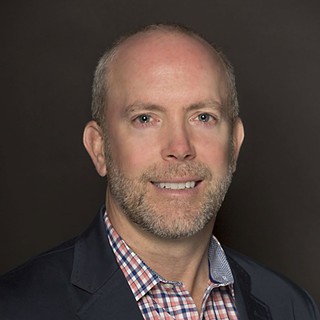 Considering the radically gerry­man­dered congressional districts dissecting Travis County, the working consensus seems to be that CD 21, the elongated Southwest Austin/Hill Country/San Antonio carve-out, should be the most "flippable" for Texas Dems – in part because the seat is being vacated by retiring 30-year Republican incumbent Lamar Smith – perhaps best known for his unyielding opposition to environmental protection, most specifically any acknowledgement of global warming.

Ironically, the first Democratic round eliminated Derrick Crowe and Elliott McFad­den, known for their environmental advocacy. The surviving contenders are tech entrepreneur/veteran Joseph Kopser and pastor/educator Mary Wilson, who was the first-round front-runner, despite a bare-bones campaign, surprising many observers (including, Wilson cheerfully pointed out, the Chronicle). The margin was narrow (31%-29%), and the run-off result will depend on turnout and the breakout of the remaining 40%.

In theory, Kopser maintains considerable organizational and financial advantages, with a much deeper campaign chest and the lion's share of the official Democratic and group endorsements, ranging from national Democratic figures to state Sen. Kirk Wat­son and many others, including union groups*[see update below]. But Wilson garnered support from former rival Crowe, as well as former state Sen. Leticia Van de Putte, and the Texas wing of the Bernie Sanders spin-off, Our Revolution. Wilson also notes that the incipient "Blue Wave" will rely heavily on women voters.

In that context, the default campaign narrative has portrayed Kopser as a "centrist business/establishment" Democrat vs. Wil­son as the "outsider" from the party's progressive wing. Neither candidate comfortably wears the mantle: Wilson notes that unlike Kopser, she's been a life-long Demo­crat; Kopser says his earnest political engagement was triggered by the Trump ascension, and that he came to the Dem­o­cratic Party over time in recognition of its progressive values. Notably, each candidate independently joined the fight against Senate Bill 6 – the state GOP's anti-transgender "Bathroom Bill" – Wilson as a grassroots opponent, Kopser from his position on the board of the Texas Association of Busi­ness (which opposed the bill).

Each candidate argues that their specific profiles – Kopser's military/business background vs. Wilson's social justice activism – will enable them to win over a persistently conservative district. Kopser argues that he's "built the resources to be able to win"; Wilson counters that her pastoral experience of "bringing people together" will persuade young people and disillusioned Repub­licans (especially women) to return to the polls, now and in November.

*Update: This passage originally read, "most union groups." In fact, Kopser and Wilson were jointly endorsed by the Texas AFL-CIO, with Kopser capturing the endorsement of the Austin Central Labor Council and Wilson that of the San Antonio CLC.