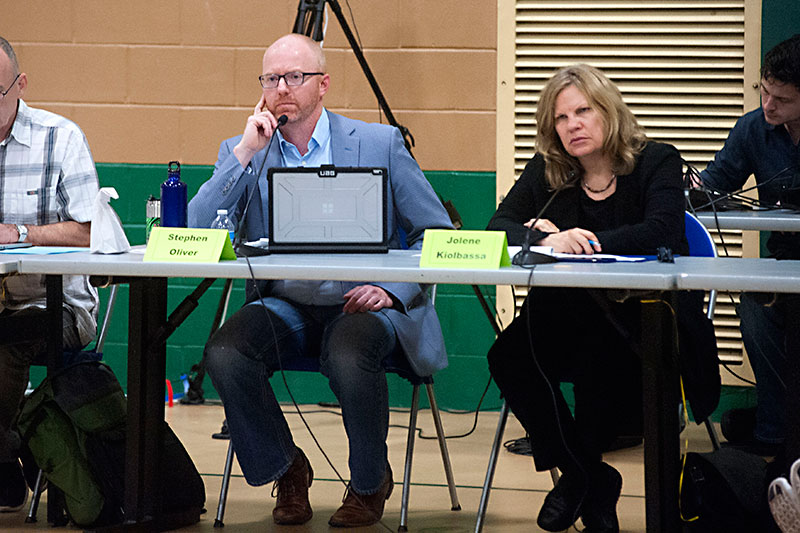 Between public hearings and petition debates, conversation concerning CodeNEXT has kicked into overdrive of late, as the ongoing project nears its scheduled date with City Council. Following last week's public hearings, the Planning Commission spent eight hours Tuesday working through some of their 950 proposed amendments, for what's now being described as Draft 3.5. The amendments that pass will soon form PC's final recommendations for the zoning rewrite.

Commissioners spent the bulk of the Tuesday meeting debating contentious topics such as neighborhood conservation combining districts (zoning overlays that establish unique development regulations for specific neighborhoods) and parking requirements. The eight-hour meeting brought plenty of disagreement on those subjects and others, and a number of 7-6 and 8-5 votes, but commissioners do seem to be working toward a set of recommendations that they plan to send to Council.

But their counterparts in the Zoning & Platting Com­mis­sion don't seem to be on that same path. As we go to press, the more apprehensive troupe is considering a proposal (a copy of which is in the meeting backup, though it does not identify an author) to send a single recommendation, telling Council to "immediately terminate the CodeNext project." Citing the public hearings, the recommendation declares there is "no community support," no clear or compelling benefit to Austin residents, and that successful implementation of the rewrite is "highly unlikely."

The recommendation also outlines what could be another path forward, and requests that Council vote to digitize the current code, have staff determine the 10 biggest problems with it, and direct the city manager to enforce appropriate changes. ZAP, meanwhile, wants to see Council focus its efforts on displacement and affordable housing. While the commission as a whole is less supportive of the rewrite than the PC, only Wednesday's meeting will make clear how many individual members support torching the project altogether.

Also on Wednesday, we learned of an anti-displacement amendment being put forth by Planning Commissioners Conor Kenny and Angela De Hoyos Hart that Kenny says would disincentivize the building of McMansions and create residential-scale affordable housing (in the form of ADUs, triplexes, and fourplexes), and which the two believe could go a long way toward slowing down gentrification in East Austin. The two commissioners plan to present their proposed amendment during Monday's meeting. Expect fireworks.

See online for coverage of Wednesday’s ZAP meeting. The Planning Commission will continue through their proposed amendments this coming Monday, May 14, at 4pm, and will hold one more public hearing on Tuesday, May 22, noon, at City Hall.