All rise for the new bench 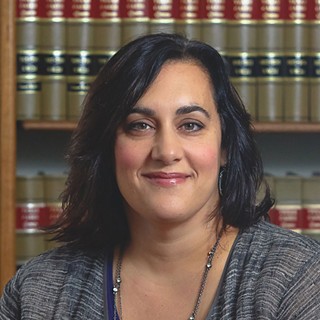 At the bottom of the ballot is the run-off for the 459th District Court. This is a new court, created by the Lege in 2017, that'll focus on civil matters, particularly personal injury, employment law, and business litigation. Left vying for the judgship there are Aurora Martinez Jones and Maya Guerra Gamble, who together bested attorney Greg Hitt in March. Martinez Jones took 46% of the votes in that election; Guerra Gamble claimed 38%.

They're ideologically similar: progressive and indoctrinated in the ways of fairness and accountability. Both have compelling personal tales: Guerra Gamble grew up in Montopolis and went to Yale Law School; Martinez Jones is a first-generation Ameri­can (her parents come from Mexico and Jamaica). The former has worked at both the state and federal level, and currently litigates the kind of cases that will come through the 459th; the latter is an associate judge already in the county courts, with most of her time spent in the CPS and family drug courts. She thinks the new court (and all civil courts) can do a better job coordinating with the criminal court so that they don't get in each other's way.

Republicans have unsurprisingly chosen not to put up a candidate here in left-leaning Travis County, meaning whoever wins this run-off will have a clear path toward the bench.