Trial of 2016 cop shooting leaves context out of question 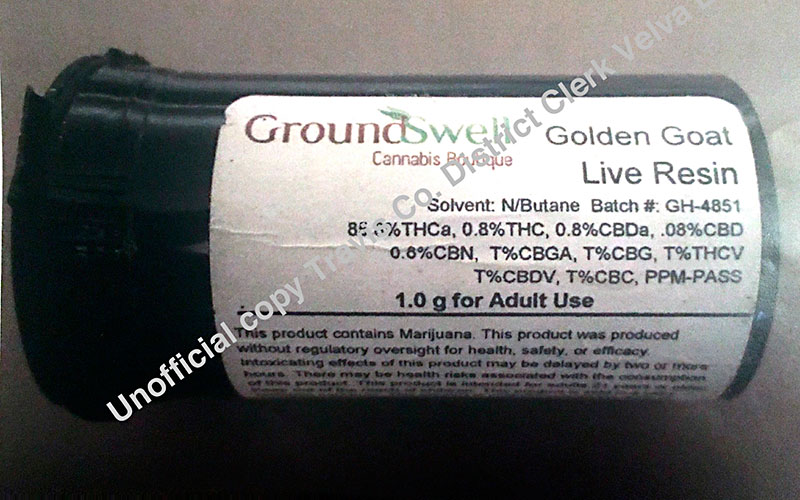 Among the items found in the Harrell's trash was a black label from the GroundSwell cannabis boutique that read "This product contains marijuana."

Last Friday, while pursuing a tip about an unconventional gag order issued to – apparently – everybody sitting in District Judge Karen Sage's courtroom that morning, I stumbled into the cross-examination of a state's witness in the attempted capital murder trial of Tyler Harrell, the North Austin resident who, while 18 and living at his parents' home in April of 2016, shot Austin Police Officer James Pittman in the knee. Pittman is part of APD's SWAT team, and he entered the Harrells' home with teammates because of a no-knock search warrant signed by Municipal Judge Ronald Meyerson after APD Detective Steve Hawkins gave the judge reason to believe that Harrell was a "large drug dealer" of marijuana and cocaine.

Hawkins' assessment was based on three looting expeditions of the Harrells' trash, in which he found a number of items that one might associate with a drug dealer: pill pouches, empty Ziploc bags of varying sizes, corner bags (the corner of a larger bag ripped off and tied up), plastic package casings for ammunition that would be used in an assault rifle, empty cigar packages, and a small amount of green leaves that looked and smelled like weed. Hawkins was also working with a series of Snapchat videos that indicated Harrell was selling marijuana while in possession of an AK-47.

Hawkins and APD were made privy to the contents of Harrell's trash by an anonymous tip made to Tip411, and during pretrial proceedings Harrell's attorney Skip Davis sought to obtain information about the informant (either the individual's identity or metadata from their computer), on grounds that the tipster was either associated with APD or someone Harrell knew who wanted to SWAT him – referring to the act of calling a SWAT team as a prank.

Reached Friday night about the mystery gag order (no dice; turns out asking an attorney whether they're gagged is like asking someone if they're asleep), Davis instead referenced his January motion to reveal the identity of the informant, which Sage eventually denied, and also the state's motion in limine to prohibit the defense's probe into the anonymous tip.

Davis doesn't deny that Harrell shot Pitt­man, but he still wants to learn about the informant: "This SWAT raid was all about two little tiny twigs of an unknown plant variety and an empty container of what once held one gram of pot." Not entirely true – there was more in the trash than just that, and following the raid APD found 34 grams of marijuana in Harrell's home (in addition to Xanax and paraphernalia) – but Davis believes the "paucity of evidence" APD held should not have created probable cause to issue a no-knock search warrant – and that if the warrant wasn't justified, then APD shouldn't have been in the Harrells' home unannounced. Davis believes that assessment, along with Harrell's account that he was sleeping when the SWAT team arrived and apparently did not hear them announce their presence until he had awoken and fired more than a dozen gunshots down the stairs, qualifies Harrell's actions more as an act of self-defense than anything malicious toward a police officer.

But again, Sage wouldn't let that aspect of the case be discussed during Harrell's trial, so Davis and co-counsel Michael Chand­ler have instead sought to sway jurors on the relative chaos surrounding a SWAT raid, and to argue that Harrell still did not know who was inside his house when he shot his gun. Davis said he expects the trial to continue for a number of weeks.