Beside the Point: Represent, Represent

Friday, May 4, marks the deadline for applications for a Holistic Defense Grant through the Texas Indigent Defense Com­mission that Travis County has been awarded for the past two years, bringing a rough annual tally of $118,000 to the county's system for indigent defense. Commissioners had the grant on its consent agenda on Tuesday, April 24, but after discussions both that day and the week before (more esoterically) about the way that money's being used – as well as the county's matching contribution, $174,000 – commissioners decided to punt a vote to next week.

Since first receiving this grant, the county has used the money to fund the employment of two social workers and one immigration attorney for its Managed Assigned Counsel program, otherwise known as the Capital Area Private Defender Service, the nonprofit that through county funding provides legal representation to defendants who can't pay for such a thing.

Defense attorneys who contract with CAPDS get paid flat-fee vouchers for specific outcomes or events during the course of their client's case: $200 for oral arguments on appeal, $600 when their client pleas out or gets sentenced, and so on. CAPDS has done this since 2015, and throughout that time has invited scrutiny from those who believe flat-fee payments are not the best way to fund the attorneys who represent the most vulnerable defendants in the justice system. The arrangement invites quick and cursory dispositions, and often results in defendants accepting plea deals in cases where better representation could have earned an acquittal.

That Kind of Justice

Commissioners will likely approve the application when they meet on Tuesday, and come Oct. 1, when current funding runs out, should again see grant money allocated to two social workers and one immigration attorney. But the indigent defense organization they'll operate as part of could likely change. County Judge Sarah Eckhardt hinted at a "major shift" when discussion began on April 17, calling CAPDS an "experiment in managed assigned counsel" and questioning what sort of "interim approach" could operate should the county abandon CAPDS and move to another format.

Eckhardt wants to see a stakeholder group that'll "look at the various models all along the continuum; from what we currently have ... to private assigned counsel on an appropriate hourly system; to a hybrid approach between a public defender or a special project worker – attorneys that function as a public defender's office, along with private counsel." (She noted the following week that a straight public defender operation, wherein attorneys are on strict salaries, wouldn't be feasible what with the resources that must be allocated toward representing capital defendants.) Commissioners Brigid Shea and Jeff Travil­lion supported Eckhardt, pointing to the lack of statistical improvement CAPDS has brought to indigent representation, and the shocking number of assignments certain attorneys who work with CAPDS receive. (According to county figures, more than 10% of CAPDS attorneys exceed the recommended number of cases each year: 226 misdemeanors or 128 felonies.)

Even Gerald Daugherty, the Commissioners Court's token conservative, recognized the economic injustice driving the current system. Attorneys "signing up ... to work with CAPDS will take as many cases as you will give them, because that's how they make their money," he said. "I, too, understand that if you don't have an ... attorney who can charge you $600 an hour, you probably won't get that kind of justice."

A Matter of Time

CAPDS has improved indigent representation, but not by enough. According to county figures, attorneys who get assigned to represent indigent clients have only nominally improved the chances that a felony client gets released on bond (by 10%), and done even less for clients who face misdemeanors (5%). CAPDS has seen success reducing the disparity in convictions of the highest possible charge between clients working with assigned counsel versus hired counsel (perhaps an indication that assigned attorneys are too eager for their clients to accept a plea), yet defendants are also spending more time in jail before their trials than did their pre-CAPDS counterparts, for both misdemeanor and felony cases.

The county may finally be coming around to the fact that this "experiment in managed assigned counsel" may have run its course. Misdemeanor judges have already taken one step toward slowing down the hamster wheel; in late February, they renamed their afternoon Jail Reduction Docket the Bond Review Docket in an effort to get attorneys and judges alike thinking more about how they can achieve pretrial bonds for new clients, rather than plea them out that day. And through the course of the past two Commissioners Court meetings, commissioners have made it clear that they'd like to see attorneys abide by a new system.

Criminal cases take time, and for indigent clients – many of whom find themselves in their position specifically because they are so poor – time is what they need the most. The county should find ways to provide them with that kind of time.

“Point Austin” will return next week. 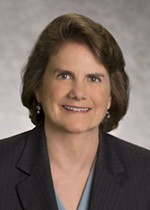 Beside the Point: Get Off Your Butt
Council can help the homeless big-time, and next week