Tell It to the Judge 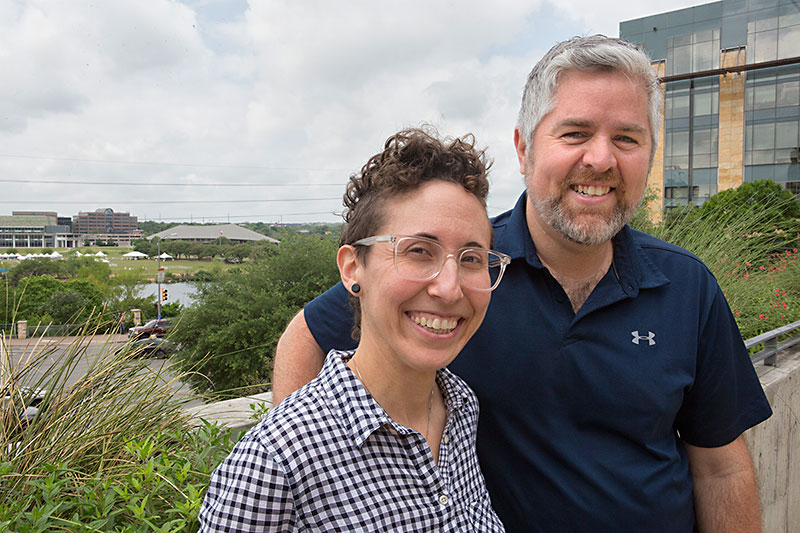 Three summers ago, Jessica Smith, an unemployed single mother of two, was pulling into the parking lot of the 7-Eleven where she was about to sit for a job interview when police stopped her for a busted blinker. When the officers ran her name, they found she had outstanding warrants for traffic tickets. Smith was arrested in front of the convenience store staff assigned to interview her that day, and hauled to county jail.

Smith's situation only worsened when she made her first appearance at Austin Munici­pal Court. She was greeted by a magistrate judge who berated her for her ticket history, telling her she shouldn't be driving because she could "kill somebody." The judge told her she would spend the next 29 days in jail if she couldn't come up with $1,500.

Smith didn't have that kind of money; she'd been out of work since the spring. She had tried, unsuccessfully, to tell the judge that she had struggled with previously assigned community service. She and her children were just settling into new housing after spending time sleeping on friends' floors. But when she tried to explain those circumstances, or her child care needs, she was quieted by the bailiff.

Her mother tried to secure a payday loan for the $1,500, but couldn't by the deadline imposed by the court. "If I do not get out soon, I am afraid I will lose my housing, my car, and possibly my children," Smith wrote in a declaration for the Texas Fair Defense Project as she sat in jail. "I do not know where my children are right now and I am scared."

Smith's story would eventually get heard. In March, under the advisement of its Judicial Committee, City Council declined to reappoint an unprecedented five different judges from the Municipal Court bench, including the one who chose to jail Smith.

Austin's Municipal Court sees about 300,000 cases each year. It's composed of a presiding judge, currently Sherry Statman, six associate judges, one full-time community court judge, and 14 part-time substitute judges who fill in as needed. It doesn't get the public attention that the higher courts do, but that doesn't mean it isn't important. Besides handling class C misdemeanor cases, municipal court judges also serve as magistrates for the county, and are the ones who set bonds and sign warrants on cases from marijuana possession to capital murder. Municipal Court judges interact with Austin residents (indigent or not), law enforcement, and the legal community. When they're not working, the court's not going to either.

That's why stories like Smith's are disturbing. In fact, they're the reason a group of defendants sued the city in 2015, alleging the court had fashioned Del Valle into a de facto debtor's prison. In the summer of 2016, Council Member Delia Garza spearheaded a resolution asking the Office of the City Man­ager to define indigency inside city limits and set standards so that those who qualify aren't jailed for failure to pay.

But we got here somehow, right? That's what City Council learned last year, when the first round of judicial appointments were set to expire and Council once again needed to make four-year appointments. The Austin Municipal Court (Photo by Jana Birchum)
Toward the end of last year Council found itself staring down a Dec. 31 term expiration for Municipal Court judges with no mechanism in place for new appointments.

The process for becoming an Austin Municipal Court judge used to be highly variable and political. For many years, it was mostly a who-do-you-know type thing, and one that wasn't highly scrutinized by the public. The last time Council went through the process, it was for a retirement in 2015, and at the time conservative firebrand Don Zimmerman handled affairs as chair of the Council Public Safety Commit­tee. But that body got eliminated in a committee restructure (and Zimmerman by public vote), and toward the end of last year Council found itself staring down a Dec. 31 term expiration for Municipal Court judges with no mechanism in place for new appointments. So, in October, Council passed a resolution establishing a new Judicial Committee with jurisdiction over personnel at the municipal court.

Enter Jimmy Flannigan, Zimmerman's ideological antithesis and 2017 replacement in District 6. Mayor Steve Adler tapped him to preside over the new committee, though once on board, Flannigan quickly learned there would be much more to the task. While previous Councils had technically done the work of appointing and reappointing judges to the court every four years, there was no set process for evaluating current judges. Flannigan, along with committee colleagues Garza, Greg Casar, and Leslie Pool, would have to conceive a comprehensive new system, put it into practice, and return to Council before March 31, or all the incumbent judges would be reappointed to new four-year terms by default.

Flannigan spoke with his staff, and in particular chief of staff Marti Bier, about what it would mean to assign resources to the new job, "because I knew it wasn't going to be something where we just checked off a box and moved on. We wanted to build a process that the community could be proud of and would be another reason this 10-1 process was worth it.

"The old system had failed, in many respects. The old at-large Councils had failed to do this well. And I wasn't going to repeat that process in our work."

Work Behind the Scenes

In December, the full Council gave the Judicial Committee a blueprint for its work, laying out benchmarks the city wants the court and its judges to meet. That includes things like being prompt and effective, as well as minimizing jail commitments for nonpayment of fines when there are other options. And with Statman's help, the committee went about creating a new process from scratch. The court gave members information packets on all the current judges, who filled out self-assessments and wrote essays (a first) to express their values, strengths, achievements, and goals for the future. CMs also assembled a nine-member panel of stakeholders representing a wide swath of the criminal justice community to review a stack of research on each judge and make recommendations on whether they should return.

The panel was guided by a three-part evaluation criteria for current judges based on legal ability (35 points), fairness (another 35), and overall preparation and temperament (30). In addition to the self-assessments, the research included memos from the Texas Fair Defense Project detailing stories much like Smith's. Panelists also reviewed surveys from the legal community and law enforcement. When the panel made a recommendation to not reappoint someone, it had to be unanimous. "Defense attorneys, prosecutors, and then nonprofits don't often agree on everything," said Emily Gerrick, staff attorney for the Fair Defense Project, who was a panelist. But in this case they did agree on five names they returned to the committee.

Bier assembled a scorecard for Flannigan, putting into numbers the results of the self-assessment essays, each judge's "excellent" ratings in the municipal court survey, and the same for the Austin Criminal Defense Lawyers Association. The survey numbers, in particular, confirmed patterns they gleaned from the qualitative data. At the committee's Feb. 26 meeting, members handed down their decision based on all the data and the panel's recommendations. Five judges should come off the bench: Bev­erly Landers, Erik Cary, Celeste Villa­real, Witcher McCullough, and Olivia Ruiz.

The Future of the Court Needless to say, the judges put on the outs were spitting mad when the matter came before the full Council on March 8. Several spoke during public testimony, accusing the Judicial Committee of creating a secret and – in Ruiz's words – "poisonous" process. But Council was unmoved, and ultimately voted to approve the nominations, with Ann Kitchen, Pio Ren­teria, and Ellen Troxclair abstaining.

The idea that the panel was a secret was debunked by several witnesses, including Gerrick, who noted that the judges must've known about the process in order to write their essays. Indeed, Statman was responsible for keeping the associate judges apprised of the process and various deadlines, and she did so by email. Gerrick speculated that some may have assumed the reappointments would be rubber-stamped as they had been in the past.

Longtime criminal justice reform advocate Kathy Mitchell, now with an organization called Just Liberty, endorsed the decision, calling it an unusual move for the Municipal Court level, but one that other cities should consider. The Municipal Court has been "kind of a backwater," she said, in that until recently not many in criminal justice circles paid much attention to it. She attributed the change partly to shifting public perception on public safety, now reflected on the City Council. "People's ideas are actually in flux. And we're moving from a period when 'throw the book at everyone about everything' was sort of the theory to a time when people are really parsing the questions a lot more closely."

But the road to Municipal Court reform stretches on. Gerrick and the Texas Fair Defense Project, along with other advocacy organizations, are currently working to dismantle several city ordinances that target the poor in our community. Meanwhile, city staff will continue collecting data as the court does its work, to guide future Councils as they nominate judges to these positions.

In other words, mission accomplished for Flannigan. "The community expects the government to do a good job, a predictable job, and an honest job and a transparent job, and our court process – our review process – wasn't doing that in the past," he said. "It will do that now. It has done that now and it will do so in the future."