Council: The Bird Is the Word

Rollin’ into City Council, invited or not 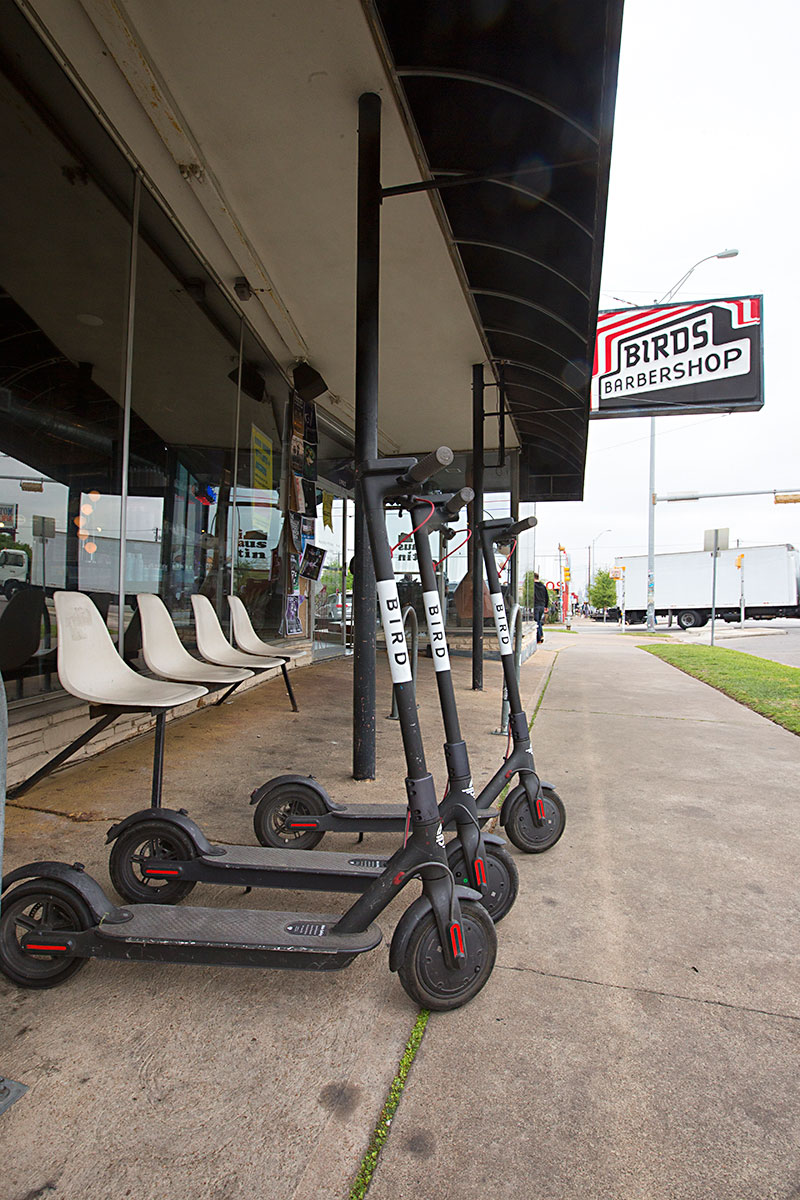 A mobile app built to disrupt the transportation industry enters Austin's market without the city's blessing. Sound familiar? No, we're not talking about Uber and Lyft, though the rideshare companies did use a similar tactic back in 2014 when they dropped into town during South by Southwest, pre-empting a debate over city regulations. Rather, today's model manifests in the city's current impasse with Bird, a California-based app that rents electric scooters for public use and bills itself as a solution to the "last mile" gap between public transit and one's destination. Its scooters can already be found in Los Angeles and Washington, D.C.

And since April 5, Bird scooters are in Austin, too. Much like Uber and Lyft, the app dropped its scooters onto Downtown city streets without a go-ahead from the Austin Transportation Department, which is already working on a dockless mobility pilot City Council approved in February. Aside from a launch-day meeting, it's not clear the company and ATD have had much contact – not surprising considering Bird founder Travis VanderZanden has previously worked for both Uber and Lyft, which openly fought the city as it attempted to regulate the burgeoning technology.

Council's February ordinance establishing the one-year pilot was an attempt to get a handle on a crowded industry. While Bird hasn't been in sync with the city, the Trans­portation Department has been in touch with more than a half-dozen other companies, including local bike renters B-cycle, about how the systems will work. Those companies gave pitches to the community at a meeting on April 4, and the department is hosting more public engagement dates through the rest of the month. After that, staff will present to the Mobility Committee before returning to the full Council sometime this summer.

It remains to be seen how Bird will fit into that scenario. The city released a statement last Friday noting the ongoing public input process and letting Bird know it will confiscate any scooters left in the public right of way for more than 48 hours. "It is important that all businesses occupying the public right of way do so under the proper permits and procedures so they do not present a public safety hazard," the statement read. Bird in turn expressed its intent to keep its parked scooters in parking spots rather than on the sidewalk, but otherwise mentioned no plans to halt operations in the area. "Looking ahead, we accept the city's invitation to help them develop a pilot program for dockless scooters like Birds."

At its work session Tuesday morning, Council heard a presentation from the Bond Election Advisory Task Force that's been working to recommend what sort of package members should consider putting on the November ballot. Task Force Chair Tom Nuckols, also working on CodeNEXT as a member of the Planning Commission, began his presentation by assuring members that the bond process was a lot more fun than putting together the new land development code. "It's a low bar," quipped Leslie Pool.

All told, the task force recommends the bond – aimed at shoring up the city's existing aging facilities and infrastructure – include $851 million in spending, up $211 million from the initial staff suggestion. That includes:

• $281 million in facilities and assets;

• $112 million on stormwater projects; and

Council has until August to deliberate on the overall package, take in public feedback, and call an election for November. Staff estimates the city could get to $825 million with a 2-cent increase to the property tax rate, although those numbers are being updated and will likely change. The task force recommendation would pave the way for $50 million in land acquisition for affordable housing, $72 million to preserve thousands of acres of open space, and $75 million in sorely needed street reconstruction.

Long before founding East Austin Advo­cates to serve the community around her, Natasha Harper-Madison thought her calling was to dominate the start-up field and leverage that to become a philanthropist. In other words, she wanted to make a lot of money and give most of it away. Back in 2014, she even had "a big ol' check with a lot of zeros" waiting for her at a business meeting, when she was abruptly diagnosed with lupus and cancer. As a result, she changed her method, though her purpose stayed true to course. 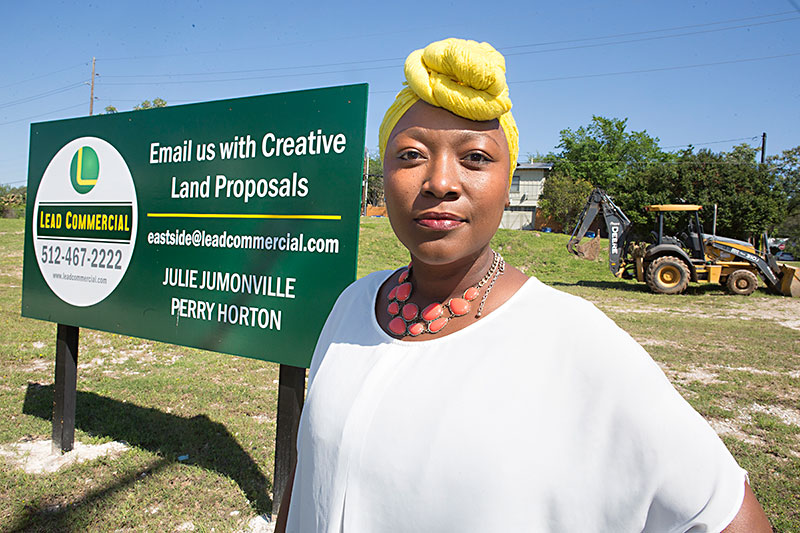 When she was well enough again, the East Austin native decided to give back in another way: asking the folks around her if they needed any help. And that's how she planted the roots for East Austin Advocates. From connecting her neighbors to city services to building out the East 12th Street Merchants Association, Harper-Madison has built the base of community support that was on display at her City Council campaign kickoff last Friday night at Big Easy.

"I feel like I know what the challenges are in D1, because you guys are telling me, and I hear you loud and clear," she told those in attendance, in between promises to lead on equity, access, and affordability issues. She believes Austin should be a leader on tackling issues with predatory payday lending, health care, veterans, and teachers. She's vying for the D1 seat against incumbent Ora Houston, Grassroots Leadership organizer Lewis Conway Jr., and Mariana Salazar, who works for the Ending Com­mun­ity Homelessness Coalition.

Today's meeting (April 12) is a brisk 53 Items, largely dominated by purchasing and various other contracts. Along with a healthy slate of zoning questions, Council will ratify Mayor Steve Adler's appointment of Alison Alter to the Audit and Finance Committee while Ellen Troxclair is on maternity leave. Congratulations to the D8 CM, by the way – she and her husband welcomed a new baby girl this week.