Legalese in Ohio could slow soccer team’s move to Austin 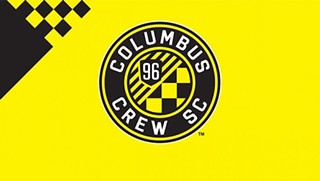 The City of Columbus filed a motion Monday seeking to slow efforts by Precourt Sports Ventures to relocate the Columbus Crew SC to Austin. City Attorney Zach Klein's motion was filed as part of Ohio A.G. Mike DeWine's suit against PSV, which cites a state law requiring pro sports team owners who benefit from tax dollars to either reach an agreement with the host city or wait six months before relocating. Klein's motion argued that PSV could potentially wait out the six-month period, effectively preventing the people of Columbus from having a "reasonable opportunity" to buy the team. Should the motion be accepted, the Franklin County Court of Common Pleas could reset the start of the six-month window, throwing a wrench into Anthony Precourt's effort to have his team playing soccer in Austin by next March.

Whether or not PSV has actually given notice to Columbus depends on who you ask. In a March 16 letter to that city's mayor, Precourt wrote that he and his lawyers felt the Ohio law did not apply to their team – but just in case the suit's presiding judge disagreed, he pointed to two separate instances last fall that they said showed their clear intent to leave the city. If the court accepts either of those dates, the six-month window would close either this month or next.

Klein's motion found issue with all three of Precourt's assertions. He pointed to millions of dollars in taxpayer-funded improvements to parking at Mapfre Stadium, the Crew's current home, and hundreds of thousands in savings through state property tax exemptions afforded to the team since 2006, as evidence that the Crew is essentially publicly funded. He also argued that the "announcements" referenced in Precourt's letter were not clear enough, and that they created a "great deal of uncertainty" regarding the start of the six-month notice date, which has created "unnecessary confusion" for local investors interested in buying the team.

Also on Monday, Crew fans in Columbus sent a letter to MLS Commis­sioner Don Gar­ber they hope can convince the league boss to help keep the team in Columbus. It urged MLS to "bolster its commitment to being a community-centric brand by listening to and heeding the message of its consumers."