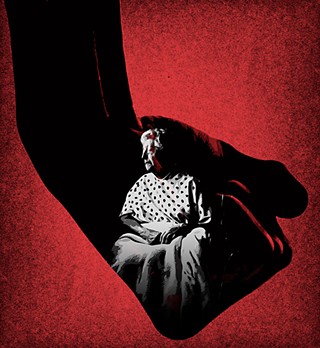 A 2015 crackdown on an illegal East Austin assisted living facility has led to new felony charges against the owner. Renee Segura-Livingston, 47, was arrested last week for warrants related to God's Blessings, the unlicensed group home she ran until a raid three years ago shut her operation down. Segura-Livingston has been indicted on four counts of injury to an elderly or disabled person, and two counts of theft and securing execution of a document by deception. She faces up to 30 years in prison.

When police inspected Segura-Livingston's illegal facility in 2015, they found 22 people living without air conditioning in a 1,400-square-foot house, located at 1808 Wildrose Drive, according to the Travis County District Attorney's Office. She allegedly ripped off her residents' wristbands and instructed them not to speak to the police when authorities arrived to perform medical checks. Seven residents were hospitalized, and the other 15 relocated to area group homes. Segura-Livingston was booked at the time on misdemeanor charges for running an illegal operation. She remains in custody. Assistant District Attorney Brandy Gann said this week that the defense counsel is requesting Segura-Livingston be released on her own recognizance, or to have her $500,000 bond lowered. The D.A. plans to oppose if a motion is filed, she said.

And there may be more charges coming. The D.A.'s Office is looking into two other facilities Segura-Livingston is suspected of having run under the alias "Eunice Green." Gann said her office cannot comment on the ongoing investigation.