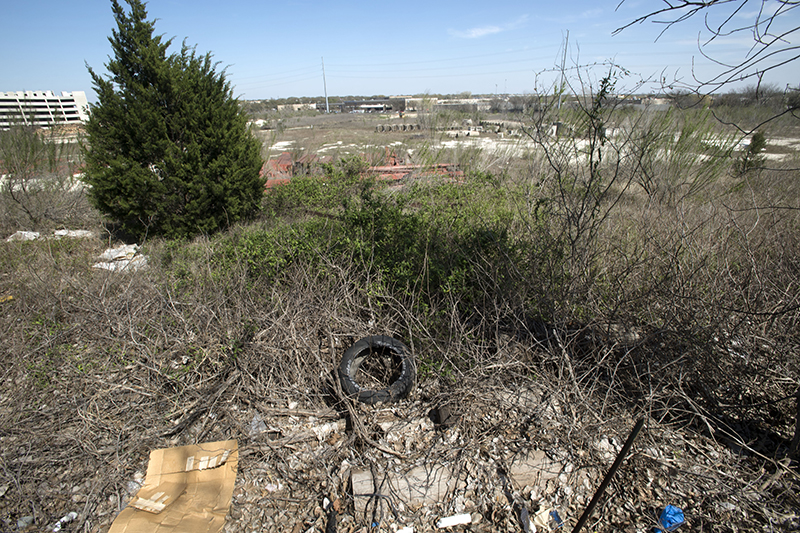 The big soccer news last week was that Precourt Sports Ventures announced McKalla Place as their new favorite site for an Austin stadium. The declaration, issued last Thursday, comes after failed attempts at securing parkland in the city's urban core – first at Butler Shores and then at Roy G. Guerrero Park. Now, says PSV CEO Anthony Precourt, the company is "impressed with the potential at McKalla Place" and is prepared to engage seriously with the city to bring a "privately funded, world-class soccer stadium" to the unused land near the Domain.

Precourt's statement again alluded to the "community benefits" package being touted by the company – a synopsis of which was delivered via a four-page memo to the mayor and City Council on Tuesday evening just moments before we went to press. (See next week's issue for a detailed rundown.) PSV's Austin-based attorney Richard Suttle noted Monday that the initial benefits proposal was offered in exchange for center city parkland, and that the price tag "may change with a different site." (It did.)

Whatever deal the group and the city do settle on, PSV could help the city solve the problem of what to do with McKalla, a now-barren location that has vexed city officials for years. The site was a chemical plant operated by Reichhold Chemicals Inc. back in the Fifties, but after a chemical explosion in 1985, Reichhold decided to abandon the property. The city bought the site in 1995 for $1.5 million, although a subsequent environmental study showed that the land could still be contaminated. City officials have since struggled to find a suitable use for what has become somewhat of a wasteland among rows of industrial-style buildings. Most recently, in 2014, City Council identified the tract as one of three potential sites for new affordable housing. That plan has gone nowhere, possibly due to safety concerns over permanently housing people on top of contaminated land – a problem that PSV will likely need to address in their proposal.

For now, the ball is in Council's court – er, pitch – with Mayor Pro Tem Kathie Tovo introducing a resolution on Monday that directs City Manager Spencer Cronk to conduct a thorough assessment of the potential site. That'll in theory get heard at Council's next meeting, March 22, but should face delay; Leslie Pool, whose district houses McKalla Place, has plans to miss that meeting.

Pool focused on community benefits Friday as she discussed her reaction to the news that a nine-figure soccer stadium might get dropped into her district. Pool noted her "neutral position" on the idea of using McKalla for the stadium, and said she's still in "gathering information mode" as she awaits more information from PSV on how the stadium may benefit Austin residents. She said she plans to maintain a "healthy skepticism" toward the potential project until it is supported by verifiable details on how the group plans to achieve any proposed benefits.

"Where the negotiations will really begin to have substance is when we start unpacking the community benefits," she said, stressing that she would be looking for PSV's proposal to include several projects that could make a potential deal more attractive to her D7 constituents. She's already vocalized a need for the construction of a MetroRail station at the would-be stadium.

Currently, the Kramer station sits about two miles away, but it is underutilized on account of the lack of parking and its positioning within a mostly industrial area. Relocating that stop would help, but doing so would be expensive. Precourt would conceivably have an easier time than the city raising capital from private investors to help fund the move. PSV President Dave Greeley told the Statesman in February that PSV has identified 37 local businesses that could get involved as corporate partners should the Columbus Crew franchise move to Austin, so the organization is clearly interested in working with city-owned businesses to achieve its goals.

On the other side of town, D3 CM Pio Renteria on Friday expressed his support for soccer at McKalla – he is a co-sponsor of Tovo's resolution – and did not feel resentful that PSV decided to move away from efforts to plan a stadium in his district. Although Renteria was frustrated the backlash against locating the stadium at Guerrero prevented Council from holding any substantive discussion on the possibility, he understood the passion for preserving city parkland that motivated community activists. He remains optimistic about the outcome for his district, however, saying that the process shined a much-needed spotlight on how badly some of the city's underutilized parks – like Guerrero – need additional funding. Furthermore, he noted the difficulty in raising that funding in a city that is already suffering from exorbitant property tax rates. The city, he said, should find other ways to fund improvements to parkland. "If we can accomplish that, then I will be a very happy person." Renteria's staff is working on a resolution intended to promote public-private partnerships; he hopes to have it submitted to Council soon.

Back in Columbus, where the Crew is 2-0 following a stoppage time game winner last Saturday, support appears to be lagging. Although online campaigns have urged fans to ramp up support for the Crew in spite of Precourt's courtship, the club's home opener saw a 26% drop in attendance from last year's opener. Columbus Dispatch columnist Michael Arace offered his take on the precipitous drop, noting how fans may now be "loath to throw one more nickel at a San Francisco silver spooner who wants to move Columbus' team to Texas because he likes queso."

Hot cheese or not, negotiations will need to begin in earnest soon, as the clock is ticking on a deal. Suttle says PSV will need to know if McKalla (or some other site) will work for the team before Council leaves for their summer break so that the Crew can have enough time to lock down a temporary location to play its 2019 season. If a deal, or at least a promising outline of one, is not reached by then, he said, PSV could be forced to look elsewhere in its search for a new headquarters for the Crew. But Suttle insisted that was a future PSV was determined to avoid: "We are all in at McKalla." And Leslie Pool offered a reminder to the longtime city lobbyist that Council's not known for its quick decisions.

"Since the city has not sought this project, and since Precourt wants city-owned land, he should anticipate that the conversation will take some time," she said Monday. "I would not expect the Council to give in to a sense of urgency created by PSV."

A version of this article appeared in print on March 16, 2018 with the headline: McKalla Is the Place?