Council: It Ain't Over 'Til It's Over 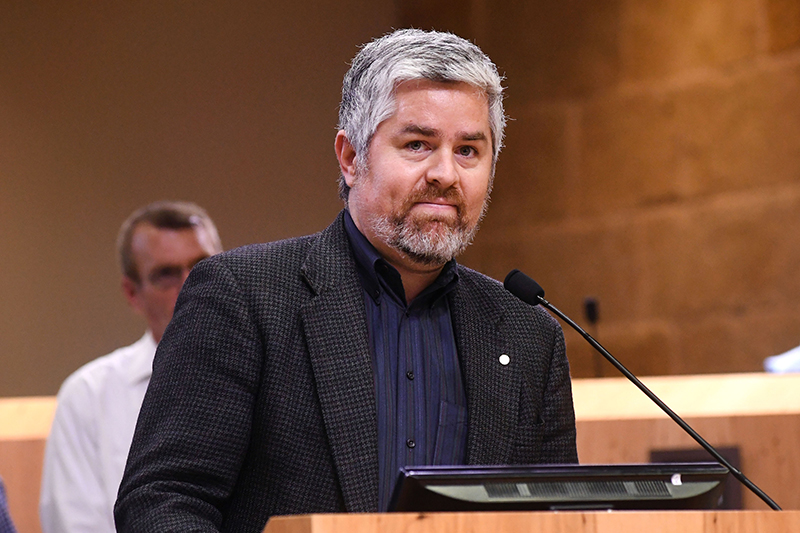 Last Thursday's City Council meeting began with a birthday wish from Leslie Pool – please no singing – that didn't come true, and the room duly erupted in "Happy Birth­day" for Pool and longtime city staffer Kay Guedea. Another wish that died slowly on the vine was for a short meeting to match the 36-Item agenda. No such luck, as tweaking of various dais proposals, a troublesome zoning case, and especially a dustup over the non-reappointment of a few municipal court judges extended the evening until nearly 8pm.

We've briefly laid out previously the Coun­cil's Austin Strategic Direction 2023 Plan, so I won't rehash it here, except to say it represents Council's theoretical attempt to match six broad "strategic outcomes" (from affordability to "government that works") to upcoming FY 2019 budget preparations, and to devise a lengthy list of specific "metrics" to track those outcomes. There was a good bit of huffing and puffing over the details, and a handful of dais amendments, and in the end everyone was satisfied except Ellen Troxclair, who said her constituents simply want the city to cut taxes and do less. The Plan passed 10-0-1.

Raise a glass of Austin’s finest.

Kathie Tovo carried a resolution to ask the city manager to explore the possibility of favoring already displaced residents for future affordable housing, and perhaps establish a "right of return" for those who've left their original neighborhoods due to rising housing prices. The vote (Troxclair excepted) was never in doubt, though there was discussion (public and executive session) over how it might be implemented, and whether there would be legal or financial obstacles (in state law or disparate housing funds) to establishing such a ranking system. Eastside activist proponents of "The People's Plan" on housing endorsed the move, and Mayor Steve Adler said the city needs to try whatever affordability tools might be available – so we'll see what City Manager Spencer Cronk can devise.

One specific affordability proposal foundered, more or less, in a zoning case concerning a proposed multi-story office project in the 1600 block of East Fourth Street, near Plaza Saltillo. The developers want to build higher (to 72 feet) than current zoning allows, and in return suggest not only the requisite affordable housing fees-in-lieu, but at least five years of below-market rent on 9,000 feet of ground-floor creative arts studio space. Neighborhood groups objected, artist groups testified in support, and council members were intrigued but hesitant – whether the presumed benefits were sufficient, and whether the five years could lead to permanent ownership or at least some extended arrangement. (State law, ahem, is unforgiving on "contract zoning.") A singular objection arose from Pio Renteria, who said his daughter lives across the street (to the north) and residents worry that a taller building will cast too much shade. (Maybe they'll change their minds in August.) The change passed on first reading, but only to 60 feet, with direction to the stakeholders to keep talking and return in due course.

On the subject of more talking, it took nearly 90 minutes to approve the slate of municipal court judges recommended by the Council's judicial committee, chaired by Jimmy Flan­ni­gan. That was partly due to witnesses who wished to applaud the committee for its effort to apply professional and fairness standards to the judges (historically heavily laced with political appointees), and partly due to objections from judges who had not been reappointed – after their unanimous rejection by an appointed review panel consisting of various legal stakeholders (both defense and prosecution members).

The latter reached a nadir when one defrocked judge, Olivia Ruiz, offered to show council members certain "unpublished photographs" purporting to reflect a suspicious friendship between a review panel member and the presiding judge. Council wasn't terribly interested in the tabloid revelations, and Flannigan strongly rejected the implication that the process was unfair or tainted by secrecy (standard in personnel matters). At any rate, the reduced slate was approved (with three abstentions), and applications are open for a handful more judges.

Finally, Council approved new overall Austin Water rates that should save median householders about $2.40 a month for the next couple of years, reportedly the first such rate cut in at least 30 years. Raise a glass of AW's finest, to Austin's liquid future.