Austin Free-Net to Be Replaced? 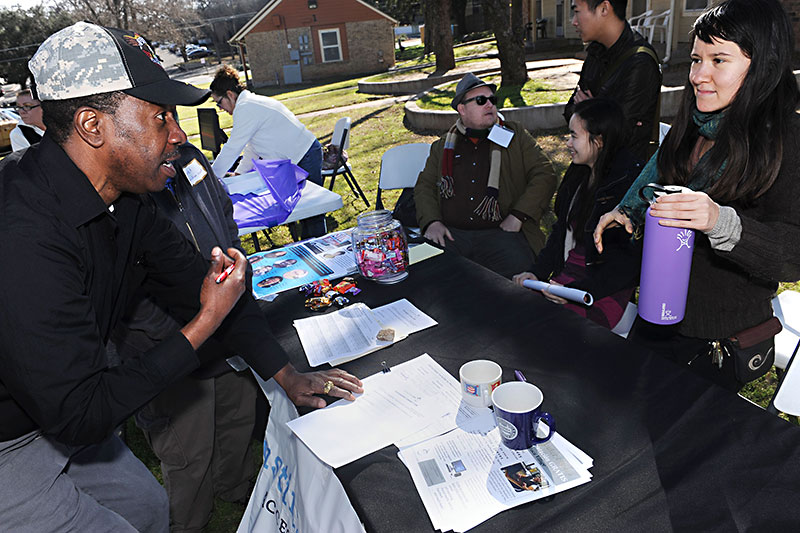 Robert Parker signs up for training with Austin Free-Net in 2015. (Photo by John Anderson)

Juanita Budd was crestfallen when she learned after 20 years of supporting the local community through digital literacy training that her organization, Austin Free-Net, would be losing its city contract to an out-of-state company. The Eastside nonprofit has been a fixture, providing the tools and training to bridge the digital divide and granting computer and internet access to largely low-income residents since 1995. A five-year contract to provide community technology access lab management services, in the amount not to exceed $860,000, is now slated to go to Community Technology Network (CTN), from San Francisco.

"Our city always talks about being proud of supporting local organizations," Budd said. "But when the opportunity comes and you displace an Austin company – a nonprofit that already works with limited resources – for a California company, based on technicalities, that's wrong and doesn't align with our city's values."

“It seems like the deal was cooked.” – CM Leslie Pool

Picking the Cali company over Free-Net also concerned City Council Member Leslie Pool, who pulled the contract vote from the Feb. 15 Council agenda, postponing it to today, March 1; Free-Net's contract ended on Feb. 28. Pool, who previously served on the city's Community Technology and Telecommunications Commission, wanted to ensure there was legitimate reason to break the relationship with the established, longtime provider. Moreover for Pool, the process lacked transparency; she found it problematic that the Telecommunications Commission had only approved the contract one day prior. Based on staff conversations, Pool alleged the "deal was done" before the selection process really started. "It seems like the deal was cooked," she told me later. "It's like things were set in stone before announcing the winner." Pool sees the issue as part of a larger pattern in the city contract selection process that "more often than not" disfavors local vendors.

CTN Executive Director and co-founder Kami Griffiths made her case at Council's Feb. 15 meeting: "We believe that access to the internet is a right, and true access includes affordable internet and appropriate device and digital skills. [We] are committed to providing those assets in Austin, not just in partnership with the city through this contract but also in partnership with affordable housing providers, senior centers, libraries, and any agency that works to help adults and seniors reach their goals."

Ellen Troxclair, who voted against postponement, defended the evaluation process. "We have a responsibility to go with the provider who is going to provide the best service at the lowest cost," she said. The decision, recommended by a five-panel mix of employees from Telecommunica­tions & Regulatory Affairs; Public Health; and Front Steps, evaluated the nonprofits based on a matrix that scored the groups in areas such as proposed cost, local business presence, and prior experience, finding CTN to score higher (80 points) than Free-Net (74) overall – but not by much. "The proposal that was provided by CTN was just qualitatively better and had a lower price than the proposal submitted by the incumbent, the current contractor," said Pur­chas­ing Department staffer James Scarboro during the Council meeting. Budd refutes that assessment, saying for instance, Free-Net incurs costs CTN does not, including maintaining and updating 200 computers (whereas the city will be providing CTN with 200 refurbished computers) and offering free internet services to the city's job lab at the DeWitty Center in East Austin.

Budd wasn't the only one sounding off on the contract choice. Council saw testimony from Free-Net supporters who pointed out the Bay Area group only expanded to Austin in 2017, making them less familiar with the community and needs of the city's underserved. And while Free-Net serves 31 sites (including Neigh­borhood Centers, senior citizen hubs, and homeless shelters), CTN would only serve seven, said Free-Net board member Elizabeth Quintanilla. "One of the things that I'm still getting my own brain wrapped around is the California company has no experience serving particularly the low-income Austin community," she said.

Former House Rep. and Free-Net board member Wilhelmina Delco echoed the point, also stressing the importance of Free-Net's longstanding presence in minority neighborhoods. "It doesn't make any sense to bring a company in from California to serve an Austin community when there's already a company meeting that need," she told Council. Others pointed out that the city's decision could reflect poorly on its mission to support not just local nonprofits, but diversity; Budd, an African-American woman, heads a diverse group of employees. "I think the city has an opportunity to kind of make good on a lot of its language about supporting minorities, and its intentions with respect to nonprofits as well," said Sharon Strover, a professor at UT's College of Communications.

Griffiths contacted the Chronicle to stress her local ties, saying she's now a resident of the Austin area (she moved to Lago Vista this summer) and employs two full-time staff in the city. And although CTN is based in California, it is an "organization with a strategy to expand its programs nationally," wrote Griffiths. "CTN welcomes the scrutiny of its application so that the taxpayer can be sure that the chosen contractor is providing the best service and value for the money." Jessica Looney, CTN's local program director, lamented the "stressful" process. "It's unfortunate that it's come to this level of entanglement because it's unnecessary and inefficient," she wrote. "I do think there are issues that need to be addressed here but in favor of the Austin community, I feel we all have the same mission and should act accordingly."

Budd called CTN a "great" nonprofit, just one that doesn't have the expertise and relationship with the community that Free-Net does. "I'm sure they're an innovative group, but they don't have the footprint we do," she said. "I'd invite them to stay and serve Austin for at least five years to learn who we are and what we need before taking this on and displacing us."

A version of this article appeared in print on March 2, 2018 with the headline: Land of the Free-Net? 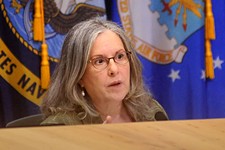