Is this what the African-American Achievement Plan looks like at AISD? 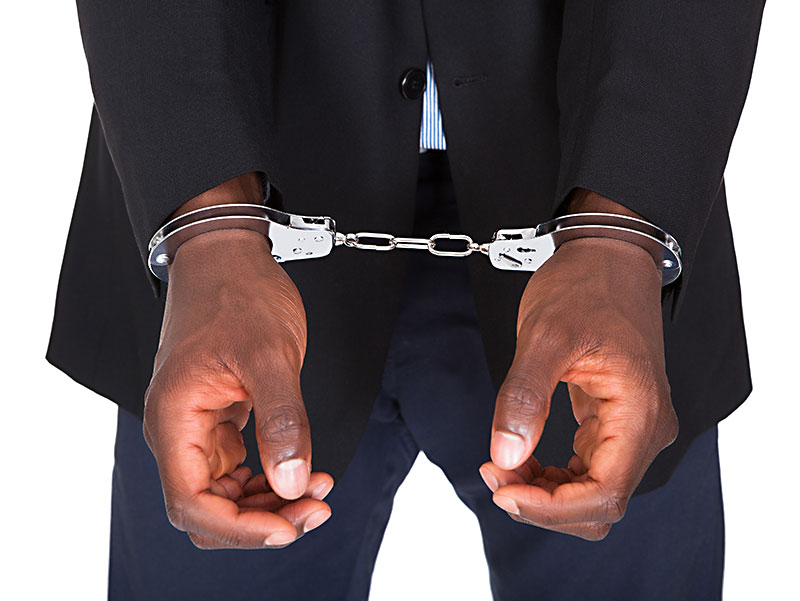 Eighth grader DaVont'e Murray was in Spanish class at Clint Small Middle School when School Resource Officer Mike Zardiackas asked him to step outside. It was Oct. 5, 2017, and DaVont'e had only been at Small for a few weeks. He said he had no idea why he was in trouble when Zardiackas summoned him.

The two parties offer conflicting accounts of what happened next. In a police report filed that day, Zardiackas says he and Officer Joseph Manor took DaVont'e "outside the view of other students" and put him into handcuffs. He assured in an email to DaVont'e's aunt, LaTisha Anderson, one week later that he "had the opportunity" and "chose" to relocate DaVont'e to an area "out of view of students/staff prior to being handcuffed to avoid any unnecessary embarrassment." DaVont'e, however, said the classroom door has a big window, and he felt like his classmates could still see him. Months later, he said that he has been able to move on. "Some people have forgotten about it, so it's easier for me to talk to people now," he said. "It's been easier, making friends, and the teachers don't look at me differently now."

Zardiackas' report cited the account of a white female classmate who had told school administrators that morning that one week before she had heard DaVont'e joking with a friend about having a gun stored in his locker. But DaVont'e said that never happened, and just prior to pulling him from class, Zardiackas had gone to the locker room with Assistant Principal David Sammon, where athletic coaches helped them cut off the personal lock to DaVont'e's locker. Zardiackas wrote that he found it "empty." A search of DaVont'e's backpack and person after he'd been cuffed also came up with no gun.

Upset about what had happened to her nephew and unsatisfied with the school's response, Anderson attended the Oct. 23 meeting of the AISD Board of Trus­tees. She wanted to know why there were no repercussions for students making false accusations. "I'm calling a spade a spade," she said. "I'm saying it was racism. I know it was."

DaVont’e remains grateful to be at Small. The classes are smaller, programming that was only offered afterschool at Garcia is now built into the curriculum, and the food tastes “much better.”

DaVont'e, who is African-American, had previously attended Gus Garcia Young Men's Leadership Academy in East Austin, which has an African-American student population of 28% and a white population of 2.4%. Small's student body is 4.4% African-Amer­i­can and 47% white. The schools run on opposite sides of the disciplinary spectrum. During the second six-week period of the 2017-18 school year, Garcia had the most home suspensions among district middle schools and the third most in-school suspensions, while Small had one of the lowest suspension rates. Pamela Murray, DaVont'e's mother, said she wanted to transfer him so he could have a better learning experience – and DaVont'e remains grateful to be at Small. The classes are smaller, programming that was only offered afterschool at Garcia is now built into the curriculum, and the food tastes "much better." He also does not have to worry about the drug and gang activity he saw at Garcia. "All the teachers that I have believe I can be something and do something with my life," he said.

Last year, AISD began implementing an African-American Achievement Plan to devote extra attention to its African-Amer­ican students. The initiative was prompted by a 2012 report from the Texas Civil Rights Project that highlighted the disparity in academic success among African-Americans in the district. For the 2016-17 school year, the biggest gaps on the STAAR tests for reading and math among measured demographics were between African-American and white students. Gilbert Hicks, AISD's lead for the plan, said that to minimize classroom exclusions for African-Ameri­cans, the district has doubled down on its social-emotional learning model for those students; performs regular check-ins with principals; and also uses "restorative practices" to give students a way to clear their record. This summer, Hicks and his team will review disciplinary data to evaluate the effectiveness of those strategies. Notably, the data that the administration collects on students' interactions with AISD police will not be included in the plan's evaluation.

There is no established criteria that dictates when a student should or should not be handcuffed. Interim Chief Chris Evoy said it's important that school officers maintain a level of professional discretion. AISD officers undergo extensive specialized training, including on racial profiling, and coordinate with the administration on cultural diversity training. School resource officers give regular presentations to students and staff, and one of the resources they discuss is Capital Area Crime Stoppers, which students can call to anonymously report anything, from bullying to concern over a weapon. While the presentations inform students that they can call to report being subjected to racial discrimination, racial bias on the part of the student making the call is not covered. AISDPD has not been involved in the rollout of the African-American Achievement Plan, and in general play a more supportive role to the administration. Evoy said they are always willing to do more: "If there's something that we can do better, then let's do it better. Why not? Whatever the police department can do collaboratively with our school district to enhance the education for students, let's do it."

Yet even as the school district works to address the problem, it is losing African-American students. Over the past decade, the African-American population has dropped from 10% of the student body to 6.9%, according to enrollment records. Murray believes the district must scrutinize AISDPD's interactions with students of color in order to keep that number from dropping any lower. "I just really think they need to look at how they treat kids east" of I-35, she said. "If it had happened to a white kid, I don't think that white kid would have been handcuffed." 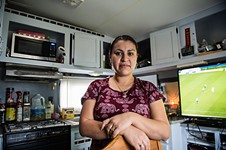