There are seven criminal judges at the county level – handling class A and B misdemeanors. Three attorneys are currently bidding to replace two judges in those courts. Challenges don’t happen often in judicial elections, but this year in particularly, they’ve gotten a bit testy.

That's no more obvious than in the race for CCL 5, where defense attorney McKinley Melancon has waged a rather personal campaign against the 14-year incumbent, Nancy Hohengarten. Melancon's beef began five years ago when she was beginning her practice (which she's run since graduating law school) and Hohengarten, she said, "humiliated" her for her attire. (Hohengarten remembers being more civil.) Melancon also considers herself an ally of Adam Reposa, whose own travails with Hohengarten dominated conversation in criminal defense circles last summer and fall ("Adam in Repose," Nov. 10, 2017). Both issues came to a head in Jan­uary when a visiting judge heard arguments on a motion for recusal Melancon filed in an effort to get her client's cases moved out of Hohen­garten's court, citing bias and impartiality. Melancon emerged victorious, which may provide some degree of vindication in a race that's frankly an uphill battle. Her fellow challenger Mario Flores is an immigration attorney and former city planner who's also running because of concerns about Hohen­garten's treatment of defense attorneys. He's advocated for a "holistic approach" to judging. We're still trying to sort out what that means.

The knock on Hohengarten is that she functions as somewhat of a second prosecutor during trials, but she also gets points from those who deride her for being earnest in her efforts to reform the justice system where she can. She played an integral role in developing the county sobriety center, and works hand-in-hand with the sheriff's office on jail diversion programs. While her opponents have chided her for taking part in the jail reduction docket (essentially a plea factory for defendants held in jail for nonviolent crimes), Hohengarten believes that practice is grounded in reality: She touted the county's pre-trial bond office and noted how she alone can't shut down the JRD (or even stop it from running through her court). She wants to see the eligibility cap for access to indigent defense (income as a percentage of federal poverty guidelines) raised from 125% to 150%. 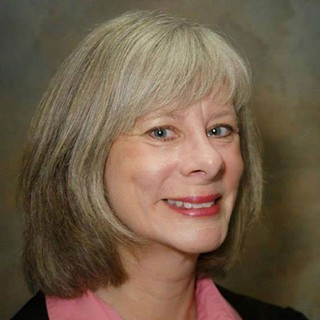 CCL 3 challenger Paul Quinzi has carved an industry niche as an "expunction guru," particularly skilled in the art of getting someone's record cleaned in the case of a dismissal or deferred adjudication. ("Of course we know that you're presumed innocent unless you've been proven guilty, but a landlord or employer doesn't always look at that or know the difference," he said.) He started a pro bono expunction clinic at UT Law with Chris Perri (running for Congress in CD 25), and over the past four years has cleared court records for 400 people. He's a member of the National Lawyers Guild, and served on the Austin Lawyers Guild Steering Committee during Occupy Austin, where he represented individuals arrested pro bono. He said roughly half of his docket is pro bono, and includes those arrested for protesting Senate Bill 4 and Trump's opinion of DACA, including Coun­cil Member Greg Casar, whom Quinzi counts as a supporter.

Quinzi didn't come out and say it, but the prevailing sentiment seems to be that he believes incumbent Judge John Lipscombe to be paternalistic. Lipscombe has presided over CCL 3 for seven years, and he spent the previous 20 years as a prosecutor. He said he believes "strongly in the system of justice and the presumption of innocence," and that his life, "how I act as a judge, is defined by what happened to me when I was a young man on the other side of the bench." (He said he "smoked a lot of pot" when he was younger, then smoked "less" after getting in trouble.) He's proud of a number of the specialty courts and dockets he's played a part in, particularly a Wednesday night docket for young probationers who can get a dismissal for things like possession of marijuana or driving while intoxicated "if they do certain things the state wants them to do." Among those things, Quinzi has been quick to note, is keeping a journal about their life experiences and time in the justice system. Quinzi also questions the integrity of a docket that takes place between a defendant and judge ex parte outside of the presence of a defense attorney, or prosecutor for that matter. But Quinzi's never actually been to the Wednes­day docket, and told us when we met the candidates that he hasn't ever talked to any defendant who's ever met with Lips­combe in those conditions. (Chronicle reporter Nina Hernandez has, recently, and returned with positive reviews from the defendants she interviewed.)

On the jail reduction docket, a point of contention throughout the CCL system, Lips­combe agreed with Hohengarten that abolition (which Quinzi desires) is somewhat of a pipe dream, but he did advocate that the Capital Area Private Defender Service, a wheel system of indigent defenders who get paid flat fees based on which actions they take on a case ($250 for a writ hearing, $600 for a dismissal, etc.), be replaced by a public defender system, wherein attorneys are paid a salary, and thus don't have any financial incentive to seek different deals for their clients.

The opening paragraph of this story has been updated online. It previously stated that Carlos Barrera was the only CCL judge with defense experience. In fact, Nancy Hohengarten was a defense attorney for nearly three years before she became a judge.