The unconstitutionality of it all 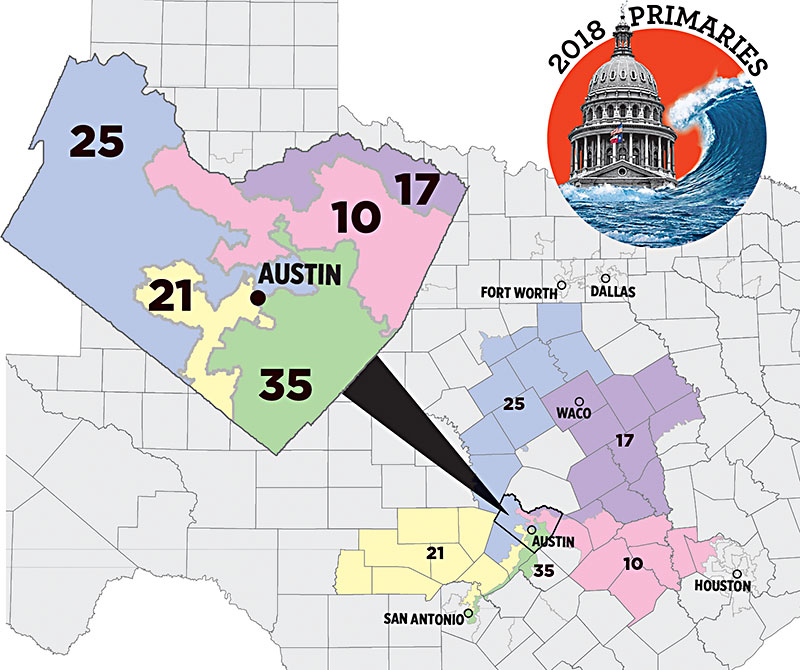 This map (with Travis County pullout) shows the five heavily GOP-gerrymandered congressional districts that dismember Travis County. All are anchored elsewhere, and only CD 35 has a Democratic incumbent (Lloyd Doggett, unopposed in the primary).

As we've reported repeatedly, the Texas Republican gerrymanders of the whole state have particularly targeted Travis County. The intended result was both to dilute Democratic voting strength and potentially to eject from Congress longtime Austin Rep. Lloyd Doggett. They have thus far failed in the latter goal, but have been very successful in the former. Austin is the largest city in the country without its own congressional district; of the five that dissect it, Doggett (unopposed in the primary) remains to represent CD 35 (anchored in San Antonio), all the others have GOP incumbents. Two (CD 21 and 25) appear potentially competitive in November; to flip the two others (CD 10 and 17) would require nothing less than a blue tsunami.

What follows are a few notes about the contested congressional races.