It's not just about workers' rights 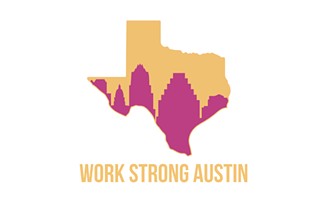 Ahead of next week's City Council vote on an ordinance that would require all employers to pay employees when they miss work due to health reasons, pro-choice advocates are reminding the public that the issue is also relevant to reproductive justice.

Council is expected to vote on the proposed ordinance next Thursday, Feb. 15. Sponsored by Greg Casar, the policy is intended to help level the playing field for low-income and Latino and black workers, who disproportionately lack access to paid sick time compared to workers in other racial and ethnic groups. Workers without access to earned paid sick time are three times more likely to forgo treatment for themselves and nearly two times more likely to forgo care for a family member, according to a study published in Health Affairs. And since up to 70% of workers in jobs that necessitate frequent contact with the public (like food service and personal care jobs) lack paid sick time, the ordinance also promotes public health. Overall, an estimated 223,000 people (37% of Austin residents) risk losing wages or being fired if they stay home when sick or need to care for an ill child or family member, according to the Institute for Women's Policy Research.

While Work Strong Austin, a coalition of small-business owners and local nonprofits, is championing the measure, a variety of businesses and groups including the Greater Austin Chamber of Commerce, Austin Indepen­dent Business Alliance, and Texas Res­tau­rant Association are opposing it, claiming a mandatory rule would burden the bottom line and impede scheduling flexibility (see "Say You're Sick," Dec. 1, 2017). If passed, Austin would join 33 other cities that have enacted paid sick policies.

Pro-choice groups have been organizing for the ordinance as well, widening it from a strictly workers' rights or labor issue to an economic, racial, and reproductive justice issue. With the majority of women facing at least one barrier to family planning and reproductive health care, not being able to take time off work stood as one of the leading obstacles, according to a 2015 Texas Policy Evaluation Project report. Low-income women and women of color bear the brunt of those hurdles. Amanda Williams of the Lilith Fund, a nonprofit that helps finance abortion care, says low-income callers are often forced to delay their procedures out of convenience to their employer, making the medical visit more expensive, if at all possible. She said paid sick days represent "a huge way to improve the lives of our clients and make them have the ability to create the best families and best conditions to thrive."

Paid sick days have also been part of the agenda for Repro Power Austin, an initiative launched last fall that lobbies locally for reproductive justice issues ("'Repro Power' Takes Proactive Path in Reproductive Justice Fight," Sept. 28, 2017). Groups including the Lilith Fund and NARAL Pro-Choice held a Council advocacy training last week to encourage dozens of activists to meet with their representatives. "Every Austinite should have the ability to access health care, including abortion, without fear of losing their jobs or wages," said Alexa Garcia-Ditta, a communications director for NARAL Pro-Choice.

The ordinance as written would require employers to grant employees one hour of earned sick time for every 30 hours worked. An employer would not be required to pay for more than 64 hours of sick time to an employee each year, and any unused earned sick time would roll over to the next year. Bosses would not be allowed to ask for proof unless a worker is absent for more than three consecutive days. Sick time includes physical or mental illness or injury, preventive health care, or a health condition; taking care of a family member's illness, health care, or injury; and time taken to seek medical attention or to participate in legal action related to domestic abuse, sexual assault, or stalking. The city's Equal Employ­ment Opportunity and Fair Housing Office will investigate complaints or violations, which include a fine of up to $500.