Can anybody beat the used car dealer? 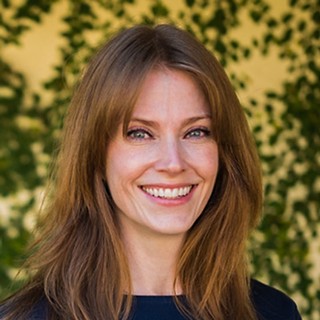 Like the other four Austin congressional districts, CD 25 was intentionally anchored elsewhere by Republican gerrymandering. Although CD 25 dips through Travis and even into Hays County, its voting base is anchored in Fort Worth and runs through conservative rural counties before it reaches Central Texas. A former pro baseball player (minors only) and coach (and major GOP donor), incumbent Roger Williams now runs the family auto dealership, and has distinguished himself in Congress for reflexive partisanship and sponsorship of legislation to directly benefit his industry.

There are five solid Democratic primary candidates with at least an outside shot of unseating Williams. They're fairly akin on the issues – emphasizing health care, women's rights, criminal justice reform, campaign finance reform, etc. – and have been collegial enough on the trail to say that each will support and campaign for whoever is the eventual nominee. The problem for Democratic voters will be picking a first among equals – which perhaps may turn on who is most recognizable as a likely choice against Williams in a district drawn to elect Republicans.

The list: West Hansen is a psychologist and businessman (primarily in mental health), but also spent a decade building custom barns, and boasts international experience. Julie Oliver might be familiar to some voters as a Central Health District board member – "a healthcare advocate and finance expert" and mother of four, who "in 2003 co-wrote the Texas Motor Fuels tax." Chetan Panda, a "first-generation" Texan (his family is from India), is an economist who has managed major mutual funds, and says he can speak for the diversity of CD 25. Activist attorney Chris Perri directs the UT-Law Expunction Project (pro bono work for those wrongly convicted) and has garnered strong official and organizational endorsements, including both the Central Labor Council and Bernie Sanders campaign spinoff Our Revolution. Finally, small-businesswoman Kathi Thomas has returned to the lists after being pummeled by incumbent Williams in 2016; she boasts a lengthy family Texas heritage and longtime Democratic activism in Hays County. (She ran previously for state Senate, against Jeff Wentworth.)

These candidates are strong as a group, close on all the de facto progressive issues, and CD 25 primary voters will be choosing between youth and experience, name recognition and electability, and frankly, intangibles like the importance of gender or specific political backgrounds. Judging primarily from institutional endorsements, Perri seems the likely front-runner, with Hansen and Oliver close behind.