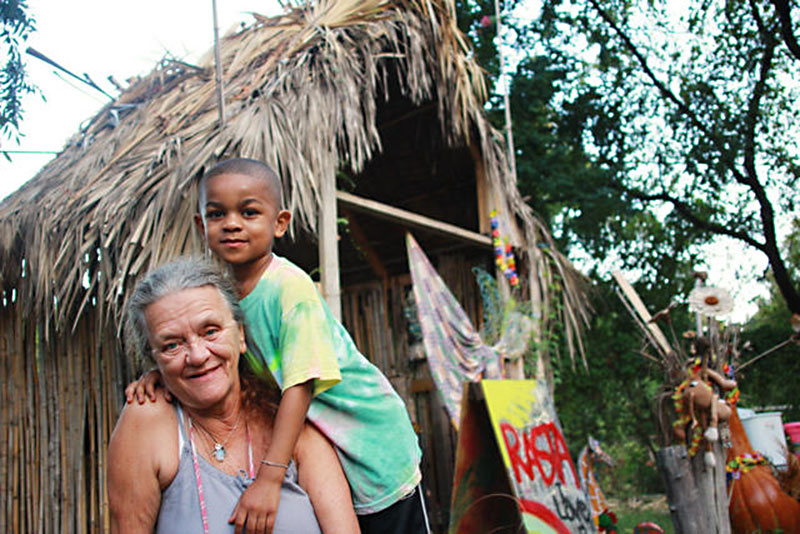 Florence Ponziano and her great-grandson Josiah in 2015 (Photo by Todd V. Wolfson)

Florence Ponziano says she's "okay, now," a week after she was mugged last Tuesday afternoon on the Cap Metro 300 bus. Ponziano is the hardworking, elderly namesake of Florence's Comfort House, her Montopolis-neighborhood home and community center for neighbors in need and their children. She was on the bus Jan. 23 about midday, when a female passenger began acting strangely, shouting, and harassing other passengers ("She was on drugs for sure," said Ponziano). The woman first tried to grab Ponziano's purse – when that failed, she slugged Ponziano "like a boxer," grabbed her glasses, and ran off the bus at the next stop. (It's not the first time the 74-year-old DIY philanthropist has been mugged.)

The bus driver, initially slow to react, eventually called police, and another driver ran after the woman and retrieved Ponziano's glasses – already broken. Ponziano was shaken and bruised, but she also expressed concern over her attacker. "They need to find her and get her help," she said.

Ponziano had only recently been provided with her new prescription glasses by a benefactor responding to a Comfort House fundraiser. "I think they're insured," she said. "I hope they are." In the aftermath, Capital Metro treated her well, she said – in a statement, the agency said, "We are gathering more information." The incident remains under investigation by the Austin Police Department.

People wanting to help Florence and her work can donate at the Comfort House website: www.florencescomforthouse.org. 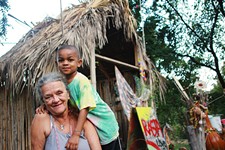 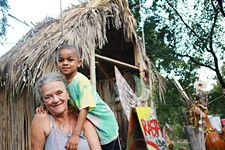 A Party for Florence
Fundraiser to benefit the Eastside's Comfort House