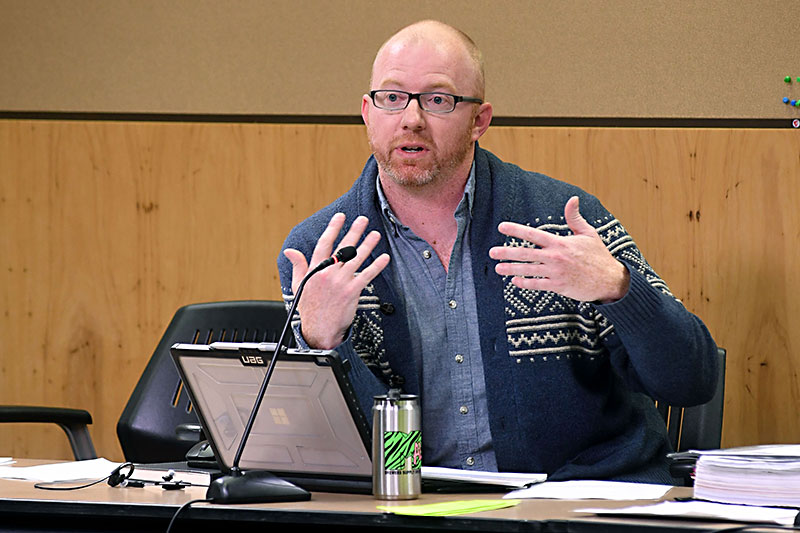 City staff remains on track to release the final draft of CodeNEXT on Monday, Feb. 12, but as that unveiling nears, tensions are once again rising among those most invested in its composition. Tuesday night's joint meeting of the city's land use commissions raised unsettling questions about affordability, displacement, and Austin's housing market – questions that should have been addressed long before draft three's release.

City Demographer Ryan Robinson, local developer Ed Wendler Jr., and developer agent Ron Thrower offered insightful presentations about Austin's current housing market, where it's headed, and where it needs to be. Each compared Austin to other cities experiencing similar issues of housing cost spikes, high demand, and displacement of lower-income residents. Wend­ler, a third-generation Austinite, summarized: "I don't think one has figured it out."

Robinson noted that "almost every part" of the city's core has become "significantly more affluent," and said the current discrepancy between the median family income by race and ethnicity has "never been this profound." As a "numbers guy," Robinson said the housing market's supply and demand is working at a regional level, but fails at the local level due to structural imbalances. "Our housing has become way more expensive than our earnings," he said. Since 2014, the construction of new duplexes, triplexes, and fourplexes have decreased "greatly." He believes an updated land development code could "squeeze more out of the orange."

Zoning & Platting Commissioner David King noted how Austin's core is getting "whiter and wealthier" and numerous organizations are concerned CodeNEXT will continue this trend. "Other policies need to be put in place," he concluded before asking Robinson what those policies might look like. Robinson didn't have a specific answer, but agreed with King's general sentiment.

Wendler's presentation highlighted the obvious: Developers build to meet market demand, not a city plan (see "Whose Affordability Crisis?"). He said that unless something is done within CodeNEXT, or policies are put in place in tandem with the new code, "the market is going to run over you." Whether it's missing middle housing or accessory dwelling units, Wendler affirmed that to developers, these units will (and already are) becoming more high-price housing, because that's where the demand and profits are. He did not mince words regarding today's density bonus programs either, saying "the city needs to have a more robust enforcement program."

Wendler touched on another tenuous issue currently at play when he took a moment to thank commissioners for their work and to remind them that he sat on the Planning Commission in the Eighties during the last code overhaul. "It got ugly," he remembered, instructing commissioners to not take anything personally; in the end CodeNEXT will be a "political compromise." Wendler, who's also a board member of anti-CodeNEXT group Community Not Commodity, appears to have hit the proverbial nail on the head.

Heartburn on the Dais

The meeting's vibe was clouded somewhat by Monday's news that Nuria Zaragoza would resign from the Planning Commission after four years because of the toll it's taken on her (see "Zaragoza Resigns"). PC Chair Stephen Oliver told me he and Zaragoza didn't agree "half the time, but man, we could work together on anything."

That sentiment is seemingly not felt elsewhere on the commissions. A rift has been busy forming between PC and ZAP over the past year, but Tuesday's ZAP meeting before the joint work session may have brought it to a head when commissioners addressed recent news from city staff that Oliver would lead any and all CodeNEXT-centric joint land use meetings going forward. Under the city charter, PC is the commission that "leads" the land use mechanism.

Oliver later said the decision was made to give the meetings some consistency, and acknowledged there will be some "heartburn" over the ranking. That's something ZAP Chair Jolene Kiolbassa agreed with; she fears city staff is trying to silence ZAP due to their unanimously critical view of CodeNEXT – "but that's our job," she said. Staff liaison Andrew Rivera said the intent of the request was to have Oliver and Kiolbassa reach an agreement on who chairs joint meetings going forward. He also said he's recommended an officer election to "eliminate" ambiguity at the next joint meeting to be held on the fifth Tuesday of a month (some strange city procedure; that will fall in May). The two commissions next get together on Tuesday, Feb. 13, when they'll pore over CodeNEXT's third draft – a fun one indeed, for members of either of the two commissions.