Updating the score in the quest for the Columbus Crew 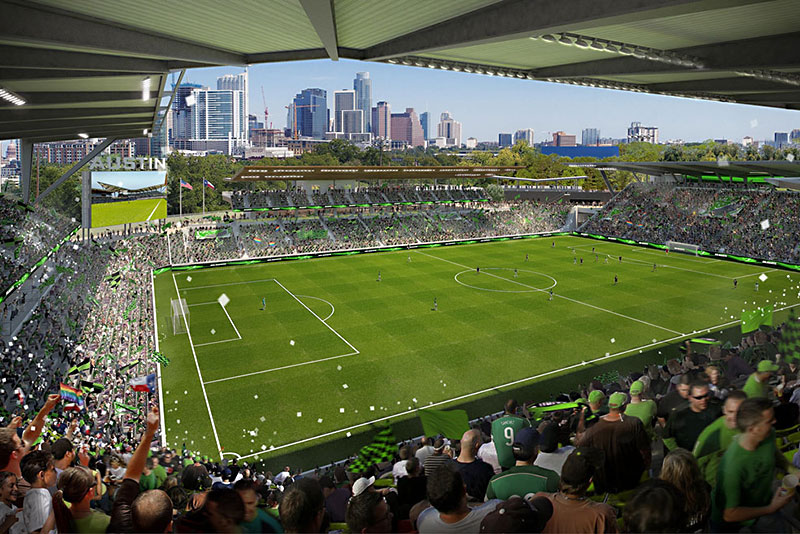 Dashed hopes of a soccer stadium in Butler Shores

Austin's soccer saga is officially a mess. Last Friday, one week after reiterating their shunning of the offer to move their Columbus Crew into a new stadium out by the Travis County Expo Center, Anthony Precourt and company also announced that Precourt Sports Ventures (which owns the Crew) no longer seek to site their privately funded 20,000-person, $200 million stadium in Butler Shores – the ownership group's first choice for a stadium outside of (and perhaps including) a new one in their native Columbus.

Chances are, PSV's decision to discontinue its pursuit of the Butler site was the result of a proposed resolution posted by Council Member Ann Kitchen (co-sponsored by Alison Alter, Jimmy Flannigan, and Leslie Pool) to bar any city-owned parkland from being used for private ventures. Though the organization made a feeble attempt to challenge the four CMs – sending a message to local allegiants through their "grassroots" advocacy arm MLS2ATX alleging that "our city leaders are backing down as a result of pressure from a vocal minority, some of whom are from Columbus, Ohio, and who have the obvious motive of killing this move to Austin" – the group ultimately relented. In a statement, PSV President Dave Greeley cited "valid concerns about a possible stadium location at that site."

Kitchen ultimately pulled the resolution; perhaps a good thing, since both Ora Houston and Pio Renteria seemed ready to raise a stink at the Feb. 15 Council meeting about District 5 politics creeping in on their Eastside regions, where Houston continues to advocate for a stadium at the Expo Center and Renteria wants PSV to reconsider investing in Roy Guerrero Park – even if it's looking more and more like the only local solution for PSV may be to situate the team at McKalla Place, a city-owned property that's not parkland up by the Domain.

Yet that same day, Columbus Partnership CEO Alex Fis­cher told the Columbus Dispatch that Precourt had reopened conversations with investors in Ohio about keeping the Crew in Columbus, a bold move after he effectively alienated that entire city's fan base. "It kind of looks like [PSV] were going for broke and being pretty tone deaf leading up to [Friday]," Fischer elaborated to the Statesman in a subsequent interview. "Now to abruptly change kind of mirrors the experience that we've had with them in Colum­bus." Precourt is reportedly looking at a 40-acre plot of land in the city's Arena District.

This is all going down roughly one month before the Major League Soccer season starts (kickoff March 3). The Crew isn't at home until March 10 vs. the Montreal Impact, meaning Precourt has 36 days to clean up his hometown image.

This story has been updated to attribute a quote from Alex Fischer to the Austin American-Statesman, and not the Columbus Dispatch.