What Future for Flying Plastic Bags? 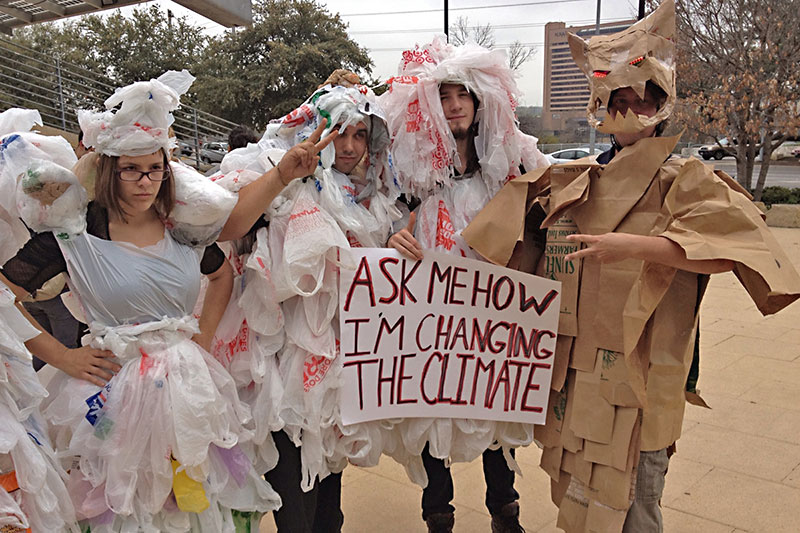 On Jan. 11, the Texas Supreme Court heard a defense of the City of Laredo's single-use bag ordinance, over a challenge by the Laredo Merchants Association. Like a similar Austin ordinance enacted in 2013, the 2014 Laredo law forbids (with some exceptions) the retail provision of single-use bags at the point of sale – to address litter control, protect the utility system, reduce flooding, and protect wildlife and rivers. The Merchants lost at the initial trial, but the 4th Court of Appeals agreed that the ordinance effectively regulated "containers or packages" for "solid-waste purposes," and therefore violated a provision of a 1996 state law, the Solid Waste Disposal Act – which forbids local regulation for those purposes.

The argument before the court was almost entirely confined to those definitions, with little attention paid to whether plastic bag regulation provides other community benefits. Laredo's attorney, former Supreme Court Jus­tice Dale Wainwright, argued that had the Legislature wanted to outlaw single-use bag bans, they could have done so; the LMA's attorney Richard Phillips Jr. (seconded by state Solicitor General Scott Keller) reiterated that the SWDA prohibits such local ordinances.

It was impossible to tell from the largely technical questions coming from the bench at the hearing whether the court was leaning in either direction. About a dozen Texas cities have now adopted similar laws; others say they are waiting for a Supreme Court ruling that might not come for months.

After the 40-minute oral arguments, Robin Schneider of Texas Campaign for the Envi­ron­ment pointed out that at the time SWDA was enacted, the "container" provision was aimed at inconsistent local bottle ordinances, and single-use bags weren't on the Legis­lat­ure's radar. Tricia Cortez of the Rio Grande International Study Center – an environmental nonprofit that spent 10 years organizing for the Laredo law – displayed photos reflecting that after the law took effect in 2015, the visible benefits for Laredo trees, creeks, rivers, and flood drains, were dramatic. "The bags were everywhere," Cortez said, and in the years since, residents and retailers have realized the public benefits of the law.

A 2015 report prepared by Austin Resource Recovery for the Zero Waste Advis­­ory Commission described a similar dramatic decrease in the number and ubiquity of plastic bags, and the Austin Parks Foun­da­tion reported "a 90% reduction in plastic bag litter in the first six months" in parks, trails, and open spaces.

A June 2015 report prepared by Austin Resource Recovery for the Zero Waste Advisory Commission. At left, the Allied Waste Services Landfill on Feb. 25, 2013. At right, the same setting on March 24, 2015. (via Austin Recovery Center)

Former Mayor Lee Leffingwell, one of the sponsors of the Austin ordinance (and a four-year pilot study by major grocers that preceded it) told me that whatever the court's ultimate decision, he thinks the Austin law has proved itself and become routine for both retailers and residents. "It's become embedded in the Austin culture," he said. "Obvi­ous­ly it will have some effect [if the court rejects the law], but I don't think we'll go back to what it was." The open question will be whether more or less of Texas – thanks to the Legislature – will remain littered with millions of plastic bags. 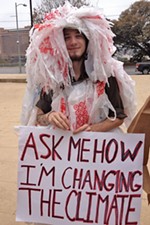