Plans for the Champion Tract 3 are again drawing fire, this time from the city's Environmental Com­mis­sion. Last week, commissioners voted 7-2 to not recommend approval of an ordinance amending rules that currently govern the tract's development, deeming the combination of variances and restrictions the ordinance creates to be not "necessarily environmentally superior" to what is allowed under the settlement agreement the city reached with the Champion sisters in 1996. Environmental Officer Chuck Lesniak, who helped negotiate the terms of the amending ordinance, told commissioners that impervious cover limits and the preservation of 30 contiguous acres of the tract under a restrictive covenant make it an environmental win for the city. But commissioners disagreed, and in a written resolution urged Council to renegotiate the provisions within a public process, citing concerns about tree removal, potential degradation of the watershed and protected bird habitat, violations of the Hill Country Roadway Ordinance, and the setting of a "bad precedent by granting excessive environmental waivers outside the public process," among others.

Council originally approved the ordinance in 2016, but the approval was later voided when District Court Judge Scott Jenkins found that the city had not properly notified the public about environmental waivers the ordinance granted ("Blood on the Tracts," June 30, 2017). Council reposted and again approved the ordinance on second reading in December, while also tasking commissioners with a review. A third reading and vote is set for Feb. 1.

A version of this article appeared in print on January 26, 2018 with the headline: Champion Bout Scheduled 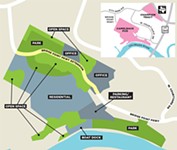 City Council: As the Year Turns
Council kicks off 2018 with long agenda 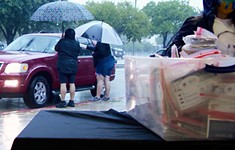