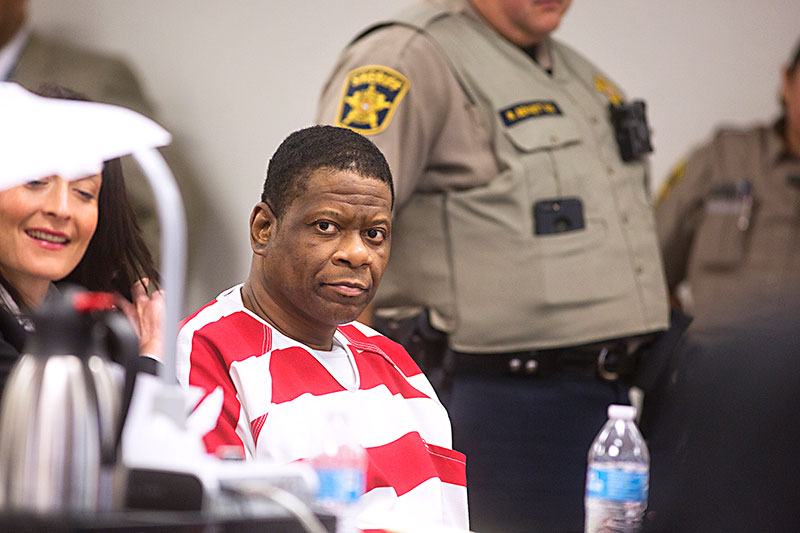 Visiting District Judge Doug Shaver issued a blow to Rodney Reed's pursuit of a new trial on Monday when he recommended that the Court of Criminal Appeals deny Reed's most recent effort, which the state's highest criminal court had sent back to his Bastrop County's 21st District Court in May. The CCA had decided that an interview CNN conducted in April of 2016 with Bastrop County Sheriff's Deputy Curtis Davis – a longtime friend of Stacey Stites' fiancé Jimmy Fennell Jr. – in which he recalled that Fennell had told him on April 23, 1996 – the morning that Stites showed up dead on the side of a road in Bastrop – that he'd stayed out later the night before than he eventually told police and testified at Reed's trial, and that he'd been drinking. (Davis testified that Fennell stayed after a Little League practice to drink in the parking lot with buddies. Fennell, now serving the final year of a 10-year sentence for raping a woman while on duty as a Georgetown cop in 2007, did not testify.) The CCA didn't agree with Reed's attorneys that that information points to Reed's actual innocence – but sought a recommendation from Shaver about whether Davis' relayed timeline was known by investigators (and suppressed by the prosecution) at the time of Reed's trial, and if that could suggest that Fennell provided false testimony at Reed's trial in 1998.

Shaver's 22-page Findings of Fact and Conclusions of Law indicates that Reed's argument never stood a chance: Davis testified at a four-day hearing in October that Fennell never actually told him when he arrived home that night, and that he'd only surmised Fennell's arrival time because his granddaughter played in the same Little League, and often came home at that time. In fact, he disputed a number of details he recounted to CNN, testifying that he had no outright knowledge of Fennell's whereabouts or activities that night. David Hall, a Giddings officer with Fennell who also coached at the Little League, testified that he "had difficulty remembering the events of April 22," but didn't think the two drank together after practice.

Shaver "found credible" both of Fennell's friends' testimonies (and a few others), ultimately labeling Reed's evidence as "hearsay" based "on the recollection of a conversation that occurred some twenty years ago." Since prosecutor Lisa Tanner and Reed defense attorneys Lydia Clay-Jackson and Calvin Garvie all agreed that Davis' recollected timeline wasn't made known until 18 years after the trial, there could be no suppressed evidence. And since Shaver didn't buy the timeline anyway, there was no reason for him to believe that Fennell lied during his testimony.

Reed's case now moves back to the CCA, where it will face an against-all-odds ruling, should judges heed Shaver's advice.