Two former Austin firefighters will appear in court this month to face charges that they, in separate incidents, used their positions within the department to prey on women. James Baker, accused of invasive video recording of female colleagues while they showered, is due to appear on Jan. 17. Marcus Reed, an arson investigator who formally retired this week, will appear the following week on Jan. 22, to address charges of sexual assault, abuse of official capacity, official oppression, and misuse of official information. A woman has accused Reed of sexually assaulting her in his city-owned truck last spring.

District Attorney Margaret Moore issued a statement Jan. 3 announcing that Reed had turned himself in, but offered no further comment. AFD Chief Rhoda Mae Kerr was similarly mum, suspending the 20-year vet without pay and deferring further action until the case has worked through Moore's office. Baker retired shortly after admitting to his misconduct, and his case has since served as a benchmark moment at AFD. Austin Fire Association membership held a press conference in December to deride Baker's actions and accuse the department of coming up short on its internal processes. And Kerr has spoken bluntly about the Baker case, invoking the #MeToo movement, and pointing to policy and workplace equity changes already made.

A version of this article appeared in print on January 12, 2018 with the headline: Fire(fighters) in the Courthouse 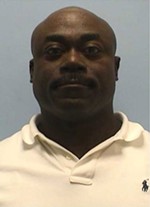 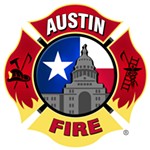