Everybody has a price. But if there's a dollar figure that will stop Lourdes Kaman from speaking out about the death of her husband on a construction site last summer, the companies she claims are responsible have not come close to offering it. "That was an insult," she said, describing the meeting she had last week with representatives of Coreslab, the concrete manufacturing company for whom her late husband, Amir Bahman Kaman, worked as an independent contractor for more than a decade – up until Aug. 9, when he was crushed by a 20-ton concrete panel during construction of a parking garage off Riverside Drive (see "The Weight of 20 Tons," Sept. 29, 2017).

Lourdes said she's barred from divulging what was discussed at the meeting, or what (if anything) she was offered in settlement dollars. But whatever happened, it has convinced her that the company has no interest in making things right with her family. "I know for them it was just a business meeting," she said. "They have no feelings for what happened. It's just like another transaction for them."

Since settlement talks have failed, Lourdes is now readying a wrongful death suit in court. In addition to Coreslab, Lourdes' attorneys hinted that the suit may target Cadence McShane, the general contractor for the job, as well as Consolidated Crane, the crane company involved. Those attorneys, Rebecca Webber and Scott Hend­ler of Hendler Lyons Flores, point to a series of negligent practices at the construction site that they intend to argue led to Kaman's death. A construction expert the firm hired identified a number of industry standards that Coreslab employees were disregarding, most of which center around the way in which concrete panels get secured when they're being erected.

Lourdes Kaman’s attorneys claim a series of negligent practices at the construction site led to her husband’s death.

Each panel is supposed to be secured by at least two pipe braces; the panel that killed Kaman was only attached to one. The braces for holding those panels are made up of two parts that are connected by bolts. The prospective plaintiffs also contend that the brace at issue should have been tossed in the scrap heap long before due to damage. Instead, based on findings from their expert that are summarized in a document Webber provided, they allege that Coreslab employees engaged in a number of irresponsible practices to keep the damaged brace in use. While industry standards state that all braces should be inspected prior to use for any damage, including "indication of any application of heat," the expert determined that the pipe had been cut with a blow torch, likely to remove an end that had been damaged. Holes for bolts also appeared to be either entirely homemade or at least modified with the use of a blow torch. The document noted: "The holes are irregular in shape, size, and wall surface angle." Finally, the brace is supposed to be attached at a 90-degree angle to a concrete anchor on the ground, known as a "deadman." No deadman appeared to be in use. Instead, the brace was attached to a second-story floor panel of the in-progress parking garage.

Those failures echo the findings of an investigation by the Occupational Safety and Health Administration of a 2013 accident involving Coreslab in Ft. Lauderdale, Fla., that left two workers injured and, according to OSHA, "could have resulted in multiple fatalities." More recently, in Nov­em­ber of 2016, OSHA cited Coreslab for five safety violations in Texas, one of which bears a striking resemblance to the circumstances that resulted in Kaman's death. 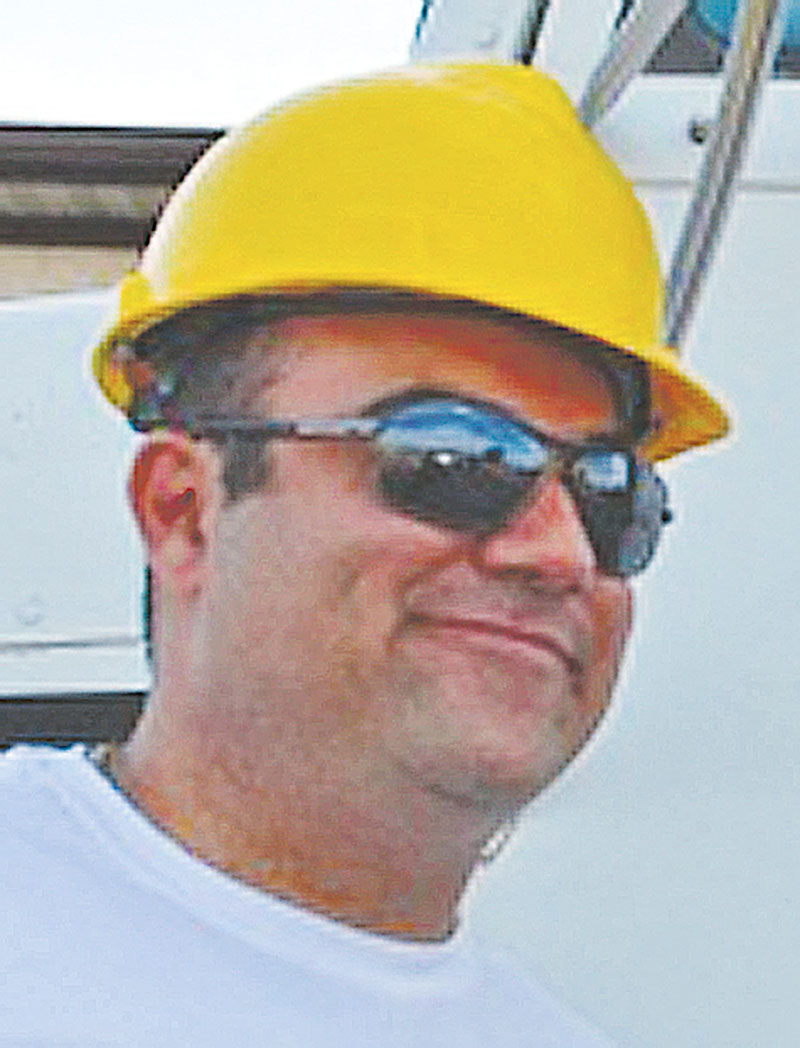 Ken Shorter, a construction expert witness in Baltimore, told the Chronicle that "more than one brace normally would be expected to temporarily secure a precast wall panel weighing 26,000 pounds." But he added "that some of the problems cited might show very serious blunders, but might not have had any significant bearing on the accident," and doubted, for instance, that the torch-cut bolt holes or incorrect bolt sizes led to the accident. Shorter also reminded: "There are two or more sides to every case, and you have not yet seen the defense's case."

Right now Coreslab isn't talking. Mark Courtois, an attorney for the company, said that he was "not going to litigate the matter in the media." He said he was "very sorry for the loss that Mrs. Kaman has suffered." Asked about Coreslab's safety record, Cour­tois replied: "I think it has an excellent safety record with all the business that it does. It operates as safely as it can."

Lourdes said she is confident about her legal prospects. While she wants compensation for the loss of income that her husband's death has caused her family, she said her greatest desire is that the case bring much-needed change to a notoriously dangerous industry. "If I have to fight, I will fight," she said. "And it's not a threat or anything. I've been very passive, but it's time to be proactive, because I want people to be aware of what workers go through."

A version of this article appeared in print on January 12, 2018 with the headline: “Very Serious Blunders”