1) Quote of the Year: "I was just nominated for best activist in the city – of course, I lost to Austin Pets Alive!, because we care more about pets in this city than we care about people that are affected by issues like [police brutality]."

2) "Our experts include a rocket scientist and a number of Ph.D.s, yet we are having trouble quickly making heads or tails of the new code and map."

3) "That a woman may make the decision to have an abortion before a fetus may survive outside her womb is solely and exclusively the woman's decision. The power to make this decision is her right."

4) "Jailers and immigration agents do not determine probable cause to detain a person. Only a judge can make that determination. It's called a warrant."

5) "Most kids just want a haircut, new clothes, a new name, and a different pronoun."

– Colt Keo-Meier, a clinical psychologist at the University of Houston Transgender Health Lab, referring to the needs of trans kids during his invited witness testimony against SB 6 (March 17)

6) "I really don't feel like we need to perpetuate this systemic institutional racism of the past. I think that we can set a better tone."

– Planning Commissioner Trinity White, just before commissioners voted against staff recommendations for a rezoning of the Montopolis Negro School (Sept. 15)

– Dan Keller, when asked his reaction to the news that he and wife Fran had been declared "actually innocent" by Travis County District Attorney Margaret Moore of the alleged crimes they were convicted of in 1992, and for which they spent 21 years in prison (June 23)

10) "I understand it's tradition for the District 6 member to interrupt the proceedings."

– Jimmy Flannigan at his inauguration ceremony to City Council, jabbing at his D6 predecessor Don Zimmerman's propensity for getting in the way (Jan. 13)

Top 10 Quotes of the Week
They really said that?

More Quote of the Week 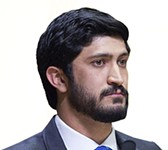 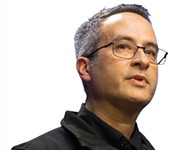