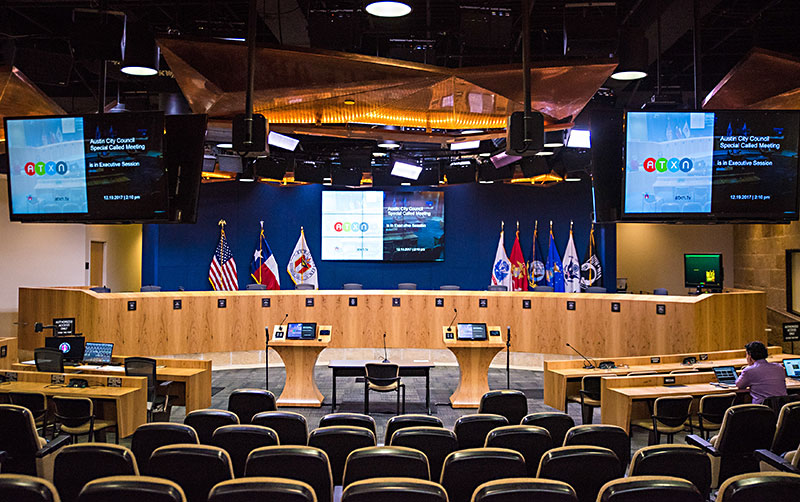 There's No City Council meeting this week, and that's probably for the best. Members have already spent more than enough time in chambers over the past week sorting through the city manager selection, police contract, and much more. "Council: And to All a Good Night," Dec. 22.

Spencer Cronk will be Austin's new city manager. The Minneapolis city coordinator was selected by a unanimous vote from Council on Tuesday over Howard Lazarus.

Rep. Ruth Jones McClendon passed away on Tuesday, Dec. 19, at 74 years old after a long battle with cancer. The former San Antonio Democratic state representative served in the Texas House for two decades before resigning last year. McClendon was a longtime champion of criminal justice reform, and counts among her major victories the passing of a bill creating an innocence commission to investigate wrongful convictions.

Coming next fall, Austin Community College will launch its first bachelor's degree program. The proposed RN-to-BSN program will allow registered nurses to earn a full Bachelor of Science in Nursing through online and on-site classes and will be the first of its kind in Central Texas. The system's board of trustees have approved the degree program, which will also need approval from the Texas Higher Education Coordinating Board, the Southern Association of Colleges and Schools, the Texas Board of Nursing, and the Accreditation Commission for Education in Nursing.

Andrew D. Leonie, a top aide to A.G. Ken Paxton, resigned last Thursday after writing a Facebook post that mocked the #MeToo movement against sexual assault and harassment. "Aren't you also tired of all the pathetic 'me too' victim claims? If every woman is a 'victim,' so is every man. If everyone is a victim, no one is. Victim means nothing anymore." An A.G. spokesperson distanced the office from his views and said Leonie resigned "effective immediately."

CHIP-ing In: The Children's Health Insurance Program, on the verge of running out of funds in Texas due to congressional inaction, got a lifeline from the feds. The Centers for Medicare and Medicaid Services is giving Texas $135 million to continue the program through February, keeping access to health care alive for 400,000 Texas children from working-class families, including 13,568 Travis County kids.

Capital Metro service plans for New Year's Eve were just announced. MetroBus, MetroRapid, MetroRail, and MetroAccess will each offer free rides from 6pm until service that night ends. MetroRail and MetroRapid will both extend service until 2:30am. Local lines will run on Sunday schedules on New Year's Day. Night Owls, E-Buses and UT Shuttles will not be in service.